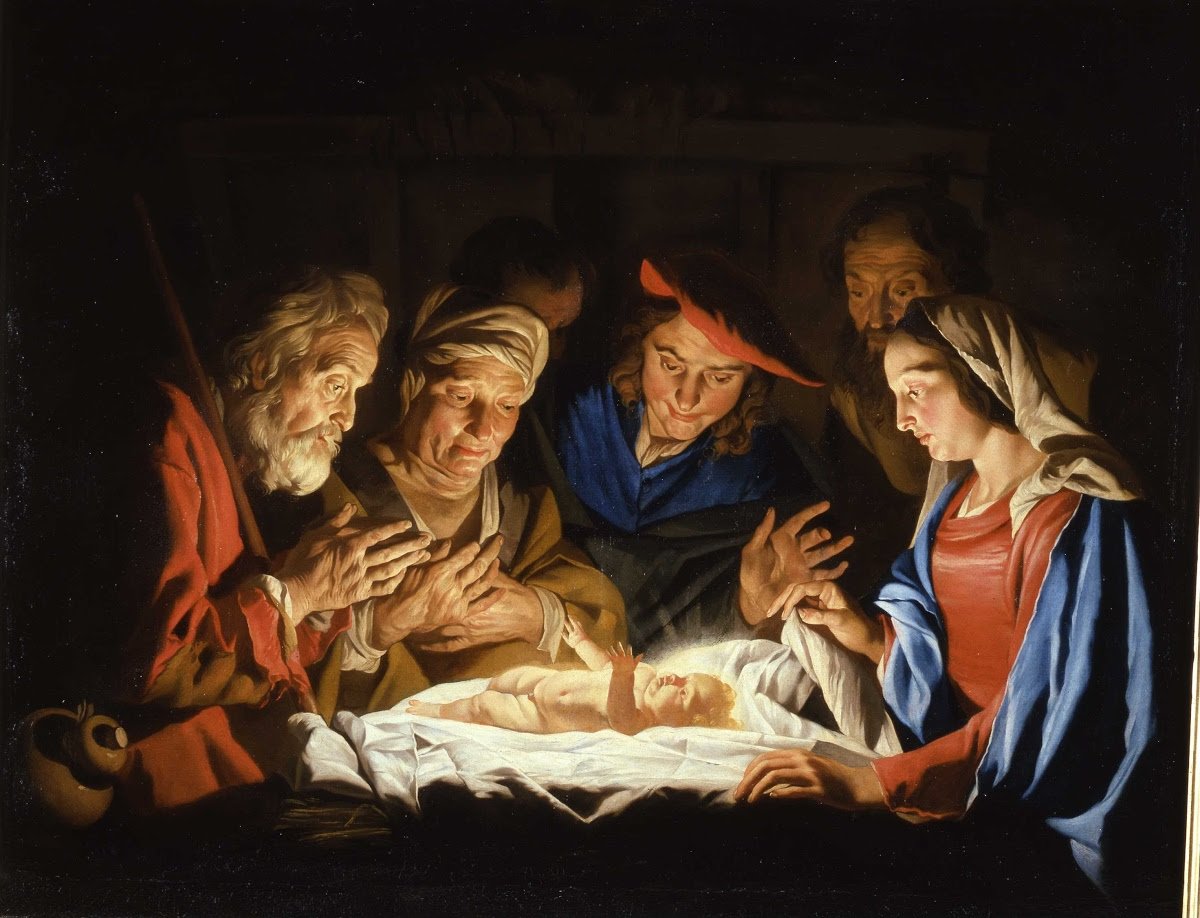 The Word was made flesh, and lived among us

The light shines in the darkness, and the darkness did not overcome it. There was a man sent from God, whose name was John. He came as a witness to testify to the light, so that all might believe through him. He himself was not the light, but he came to testify to the light. The true light, which enlightens everyone, was coming into the world. He was in the world, and the world came into being through him; yet the world did not know him. He came to what was his own, and his own people did not accept him.

But to all who received him, who believed in his name, he gave power to become children of God, who were born, not of blood or of the will of the flesh or of the will of man, but of God. And the Word became flesh and lived among us, and we have seen his glory, the glory as of a father's only son, full of grace and truth. (John testified to him and cried out, "This was he of whom I said, 'He who comes after me ranks ahead of me because he was before me.'") From his fullness we have all received, grace upon grace.

The law indeed was given through Moses; grace and truth came through Jesus Christ. No one has ever seen God. It is God the only Son, who is close to the Father's heart, who has made him known.

Our Gospel reading today is the powerful opening of the Gospel of Saint John. The Word was made flesh and dwelt among us! That sentence alone has led to centuries of discussions and libraries of writings and books. John thus paints a cosmic view of Jesus: He existed before time and space. He is the Word, the source of Life, the beginning and the end… and yet the image we have of Jesus in our cribs today is contrasts with such a view. The vulnerable Christ child is so easy to love as we see Him lying there amongst the hay. He is so adorable and loveable. And yet He is the same Jesus who existed before time and space. As we gaze into the manger in our churches today, and at the sweet little boy who was sent to us as a Light into our world, we simply want to whisper and sing ‘Come, let us adore him’.

A painting that can help us with our song of adoration is this painting my Matthias Stom. Stom travelled from the Netherlands down to Italy where he worked in various locations, enjoying the patronage of religious institutions as well as aristocrats. In this painting in the Caravaggist tradition, we see the small Christ Child bursting with light and already reaching with outstretched arms to the people around Him. Our Lady is watching with loving tenderness, gently holding the white blanket. We see Saint Joseph behind her in the background.

Just as a small aside, in the past the artist was usually referred to as Stomer. It is now believed that his actual name was Stom. This is also the name he used as his signature. It was suggested before that his name 'Stom', which means 'dumb' in Dutch, was given to the artist as a nickname on the assumption that he suffered from this disability. However, there is no evidence for this thesis and we now believe that Stom was his real name.

Wishing you all a grace-filled and peaceful Christmas!

You are the King of Israel

Jesus said to Nathanael ‘I saw you under the fi...

Feast of the Archangels Michael, Gabriel and Ra...

'Look: there is the Lamb of God'