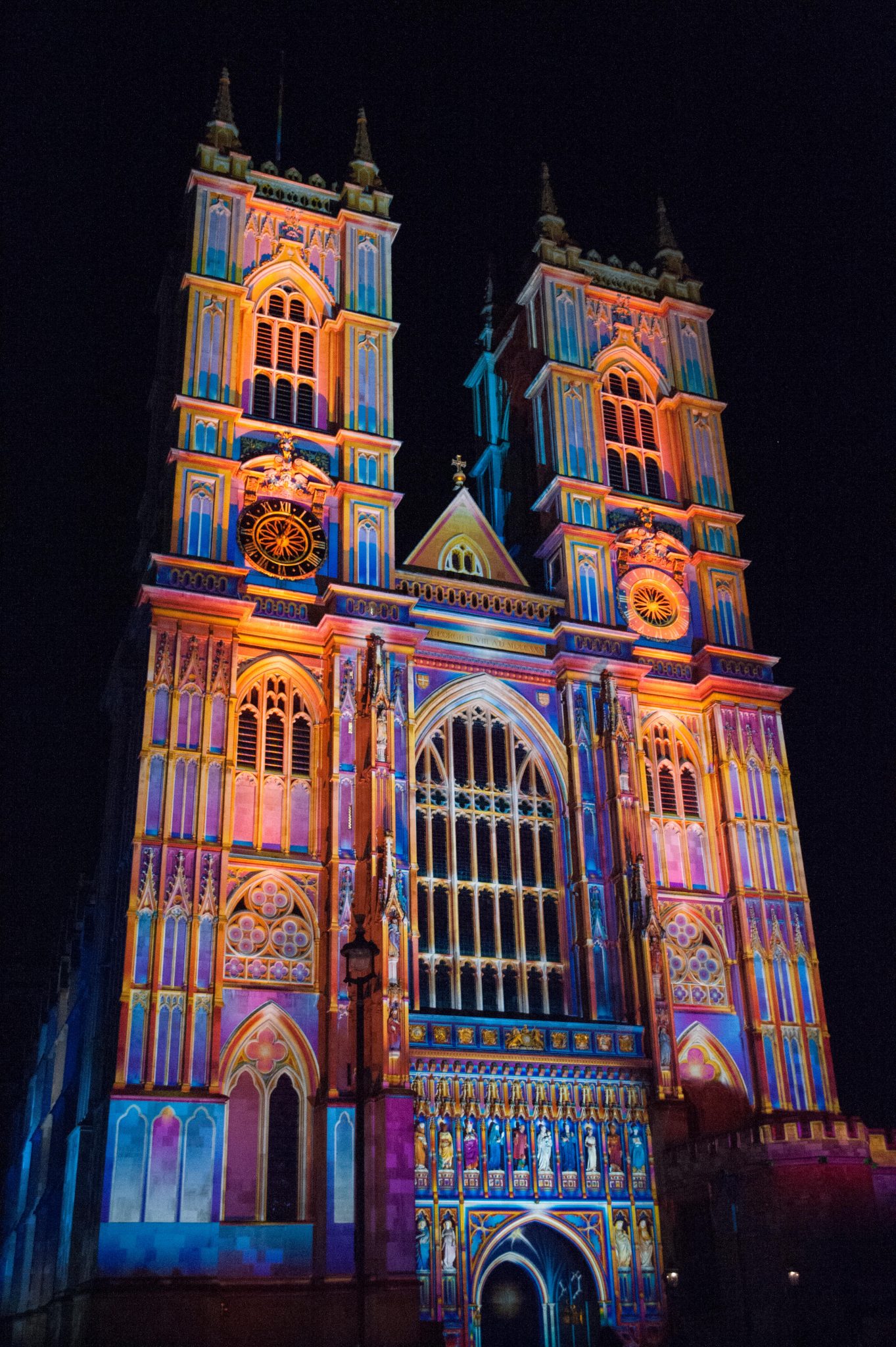 I, the light, have come into the world

I, the light, have come into the world,

so that whoever believes in me need not stay in the dark any more.

If anyone hears my words and does not keep them faithfully, it is not I who shall condemn him, since I have come not to condemn the world, but to save the world.

He who rejects me and refuses my words has his judge already: the word itself that I have spoken will be his judge on the last day. For what I have spoken does not come from myself; no, what I was to say, what I had to speak, was commanded by the Father who sent me, and I know that his commands mean eternal life. And therefore what the Father has told me is what I speak.’

Reflection on the Light Installation

Patrice Warrener is a French light artist, mostly known for his Chromolithe projections illuminating city monuments and buildings. Our artwork shows such an installation during the 2018 Lumière London Festival. More than 1.5 million people visited the light displays throughout the city. London’s cityscape was transformed over four nights. This projection onto Westminster Abbey was one of the more spectacular ones. Warrener's work has influenced the rising numbers of Light Festivals in many cities across the world.

The light in these festivals is physical light. But there is also another type of light, the spiritual light. The latter is what Jesus is talking about. Just as a candle can be taken into a room to dispel the darkness, so can we take Jesus into our souls to dispel our shortcomings. Just as plants turn towards the light and need the light, so do we need Christ’s light in our spiritual life.

And we can bring light into the world too by our actions and by the words we speak. As Mother Teresa said: ‘Words which do not give the light of Christ, increase darkness’.

Christ: The Word, The Way, The Truth and today, The Light. Absolute analogies.
I remember a few of the light installations – some on the Thames were memorable.

If the grain dies it yields a rich harvest

I, the Light, have come into the World

The Anointing at Bethany