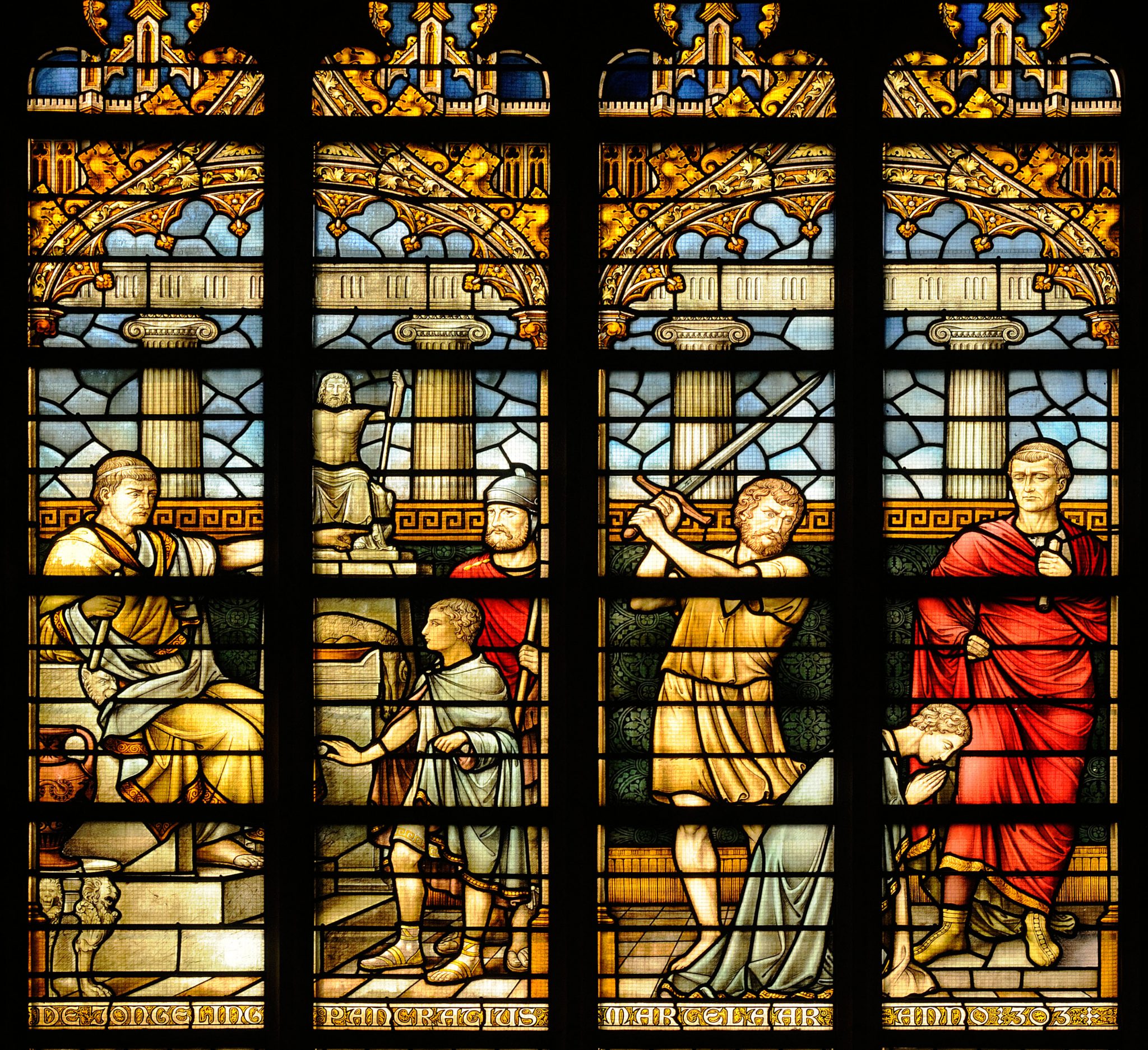 The Feast of Saint Pancras

After he had washed the feet of his disciples, Jesus said to them:

‘Now that you know this, happiness will be yours if you behave accordingly. I am not speaking about all of you: I know the ones I have chosen; but what scripture says must be fulfilled: Someone who shares my table rebels against me.

Reflection on the stained glass window

Today we celebrate the feast of Saint Pancras. Pancratios in Greek means ‘the one that holds everything’. He was a Roman orphan who converted to Christianity. At the age of only fourteen he was beheaded for his faith in 303 AD during the persecution under Diocletian. In the lead up to his execution, Pancras was brought before the authorities and asked to perform a sacrifice to the Roman Gods. Diocletian, impressed with the boy's determination to resist, promised him wealth and power, but Pancras refused. Finally the emperor ordered him to be beheaded on the Via Aurelia in Rome, on 12 May 303 AD. We see the date inscribed at the very bottom of our stained glass window.

The window, at the Grote Kerk in Dordrecht, Netherlands, depicts two scenes: the first one where the emperor is tempting the boy Pancras with great wealth. A pagan Roman sculpture is seen at the back of the imperial palace. The right half of the windows shows the actual martyrdom of Saint Pancras: about to be beheaded, he is in a kneeling, praying pose.

Saint Pancras understood what it was to follow Jesus and to be his humble servant. In our Gospel reading today Jesus says, ‘No messenger is greater than the one who sent him.’ Young Pancras was not greater than his master, but he was for sure one of the best messengers and witnesses of the early Christian church.

Saint Pancras pray for us.

Absolutely beautiful window and just look at the date! I have never been to Dordrecht but I used to live just off the Aurelia! The things that road has seen… Yes St Pancreas, pray for us.

Now has the Son of Man been glorified

Maundy Thursday: Now He showed how perfect his ...

Both Judas and Peter were about to betray Jesus

No servant is greater than his master