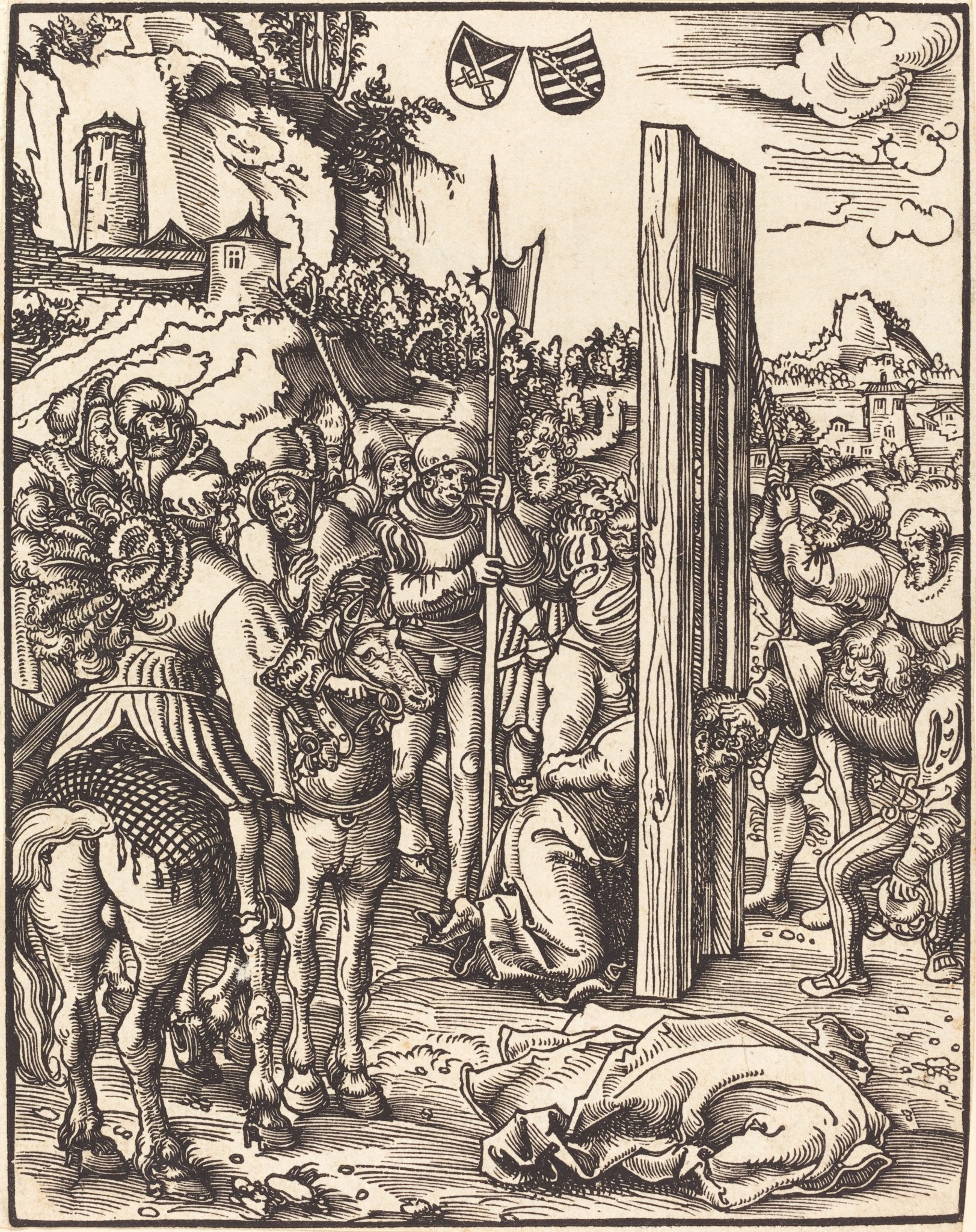 Saint Matthias,
Engraving by Lucas Cranach the Elder (1472-1553),
From The Martyrdom of the Twelve Apostles [Holl. 53-64],
Woodcut on paper
© National Gallery of Art, Washington

Saint Matthias,
Engraving by Lucas Cranach the Elder (1472-1553),
From The Martyrdom of the Twelve Apostles [Holl. 53-64],
Woodcut on paper
© National Gallery of Art, Washington

You are my friends if you do what I command you

I have told you this so that my own joy may be in you and your joy be complete. This is my commandment: love one another, as I have loved you. A man can have no greater love than to lay down his life for his friends. You are my friends, if you do what I command you.

I shall not call you servants any more, because a servant does not know his master's business; I call you friends, because I have made known to you everything I have learnt from my Father. You did not choose me: no, I chose you; and I commissioned you to go out and to bear fruit, fruit that will last; and then the Father will give you anything you ask him in my name.

What I command you is to love one another.

Reflection on the Woodcut Print

Today we celebrate Saint Matthias. According to the Acts of the Apostles, he was chosen by the apostles to replace Judas Iscariot following Judas' betrayal and death. He entered their circle of friendship. The reading today talks about friendship: 'You are my friends if you do what I command you'. Matthias's calling as an apostle is unique, as his invitation to be an apostle was not made by Jesus Himself. With the Ascension we celebrated yesterday, Jesus passed on that power, that baton, to the Apostles.

Looking a little closer at Jesus' friends, we see that there were of course firstly the Twelve. The apostles didn't have any qualifications to become disciples, yet Jesus chose them to be His friends. They were just normal, average men who became His closest friends. Jesus saw something in them. There were also Mary, Martha, Lazarus,… his circle of friends was wide and diverse. In today's reading He tells us that friendship is the ultimate relationship with Him and with His Father. Through this friendship we participate in the intimacy of Christ with his Father.

I share with you an engraving by Lucas Cranach depicting the decapitation of Saint Matthias. His cloak is in the foreground on the right, coming into the viewer's space. We are drawn into the scene. Matthias gave his life out of love for Christ… his friend.

My Father is the vinedresser

They will persecute you too

You also are to testify