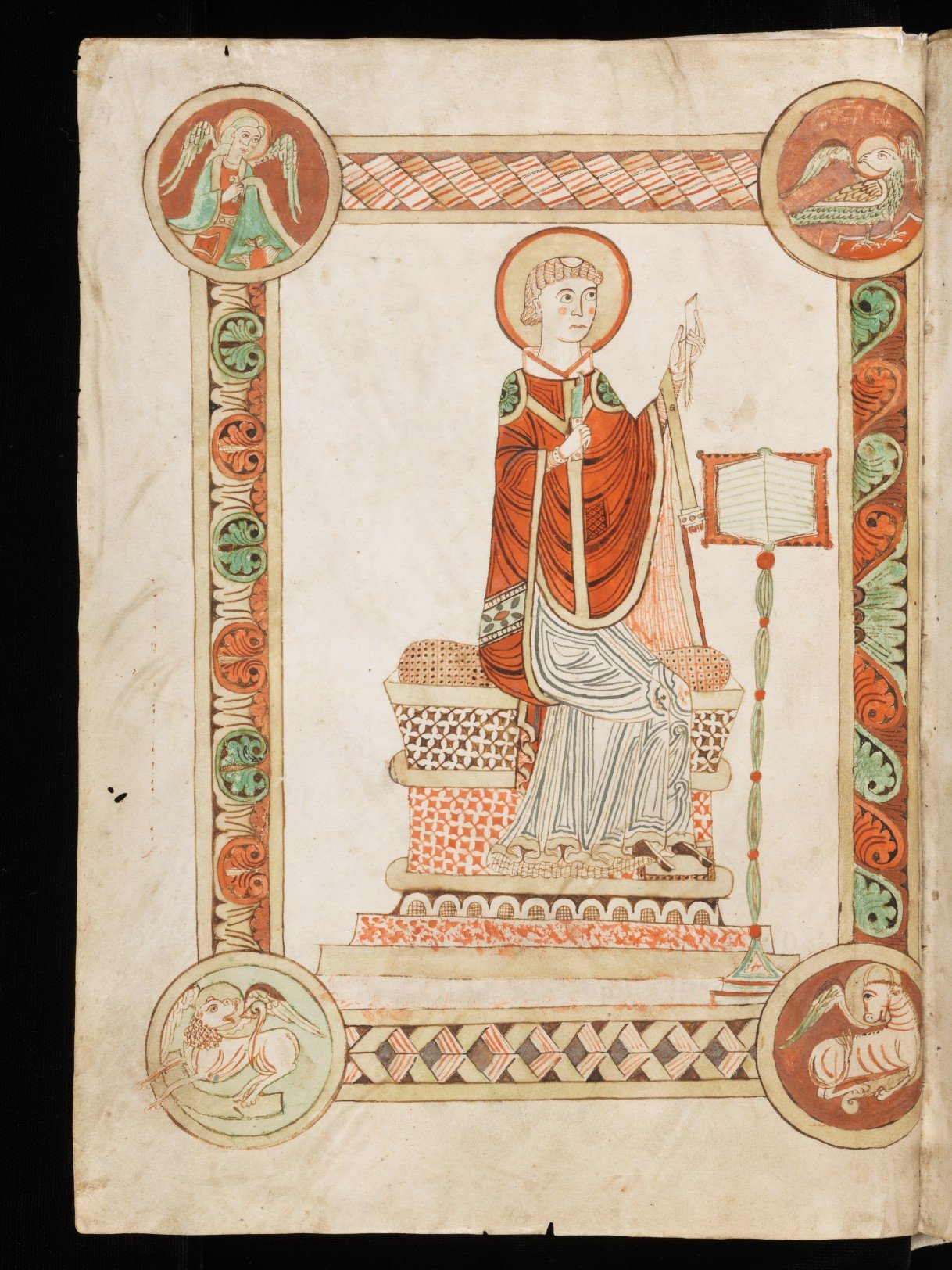 ‘I still have many things to say to you but they would be too much for you now.

Reflection on the Manuscript Page

Today we celebrate the Feast of Saint Bede, the patron saint of our seminary here in Rome, the Pontifical Beda College. Saint Bede (c. 672-735), known as the Venerable Bede, was an English monk, scholar, and theologian. His works were the crowning cultural achievement in England in the 8th century, sometime referred to as ‘the age of Bede’.

Bede was born in Northumbria and at the age of seven, relatives brought him to the Benedictine abbey at nearby Wearmouth where he passed the remainder of his life (later at a new monastery at Jarrow). The period during which Bede lived was the golden age of English monasticism during which close relations with Rome and the papacy blossomed.

Sant Bede was a very prolific writer. Among his most accomplished writings is the Historia Ecclesiastica Gentis Anglorum (Ecclesiastical History of the English People), which he finished in 731. It is, in effect, a saint's life with the English nation as hero. It illustrates the early medieval theological proposition that the workings of Divine Providence are visible in history. Bede's subject matter is the conversion of the Anglo-Saxons, after their settlement in Britain, by missionaries from Rome and Ireland.

Our artwork is a 12th-century illuminated manuscript page depicting Saint Bede writing. He is surrounded by a stylised banded frame with  one of the Evangelists in each corner.

Please keep in your prayers today all of us here in the seminary. Please pray for the staff, the four resident priests, the three religious sisters and all seminarians. Thank you.

Love, prayers and sincere thanks to you all

Patrick, I pray for you all every day. Thank you so much for the daily gospel.

I pray today for everyone at the Beda College that their work and studies my lead them, and us, to a closer relationship with God.

The Father himself loves you for loving me

Now I am going to the one who sent me

The Father himself loves you

Ask and you will receive