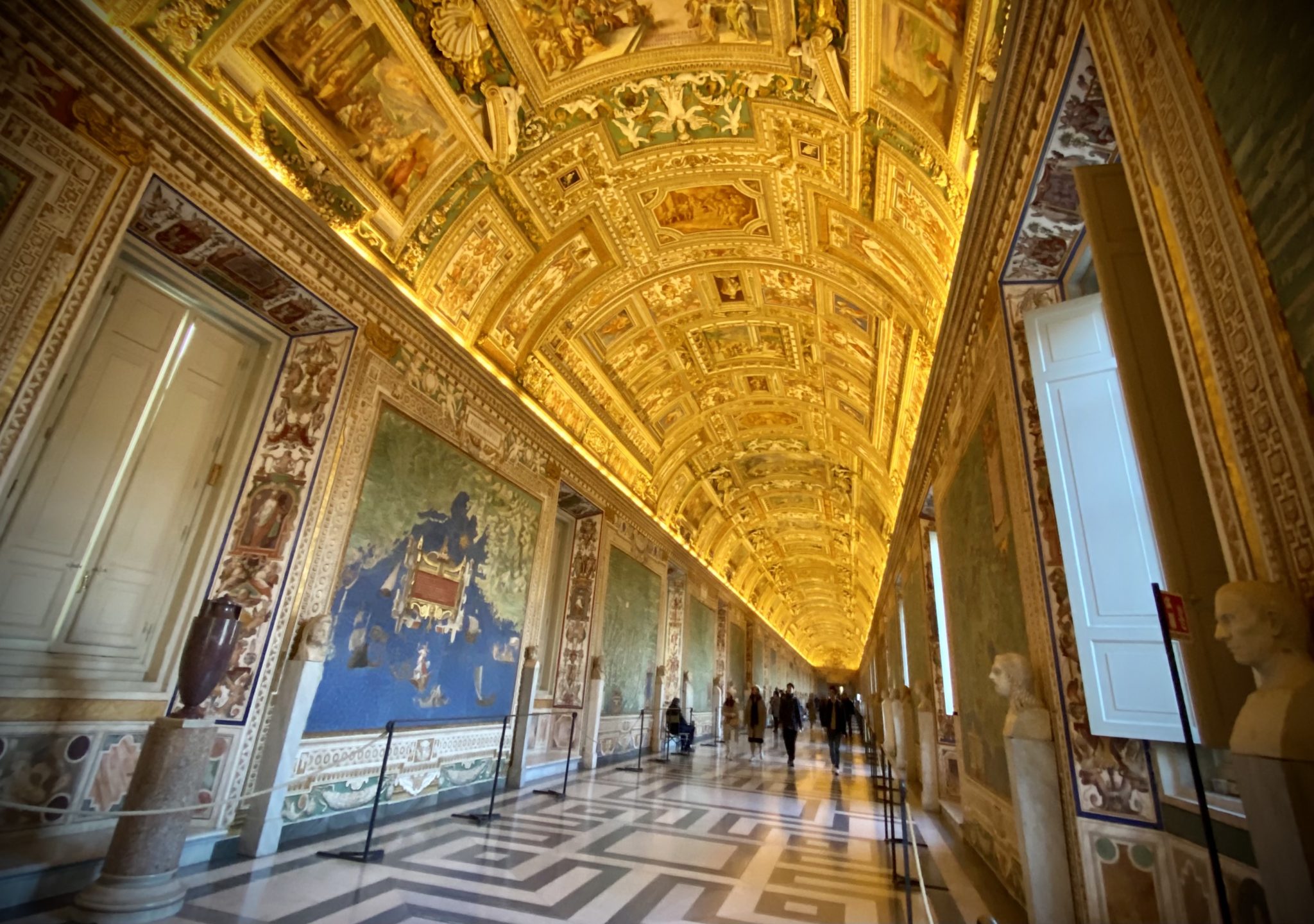 His disciples said to Jesus, 'Now you are speaking plainly and not using metaphors! Now we see that you know everything, and do not have to wait for questions to be put into words; because of this we believe that you came from God.' Jesus answered them:

'Do you believe at last? Listen; the time will come – in fact it has come already – when you will be scattered, each going his own way and leaving me alone.

And yet I am not alone, because the Father is with me. I have told you all this so that you may find peace in me. In the world you will have trouble, but be brave: I have conquered the world.'

Reflection on the topographical fresco maps

One of my favourite places here in Rome is the Gallery of the Maps (Galleria delle Carte Geografiche) in the Vatican Museums. The gallery was commissioned by Pope Gregory XIII (1572-1585) and designed by Egnazio Danti (1536-1586), who was a Dominican priest, cosmographer and mathematician. It features a series of maps of the regions of the Italian peninsula, some islands and the most important ports, alongside a map of the papal territory of Avignon. The 120 meter long gallery is exquisite. It is said that these 500-year-old maps are over 80% accurate. The map of Sicily is especially interesting, as on it, all of the cities are upside-down. That's because they conceived the map according to what it would look like if you were looking at it from Rome.

In today's reading, Jesus reassures us that if we become discouraged by our failures, by being too worldly, God will strengthen us… wherever we are in the world.

The Father himself loves you

You will each go your own way, leaving me alone

I have been telling you in metaphors