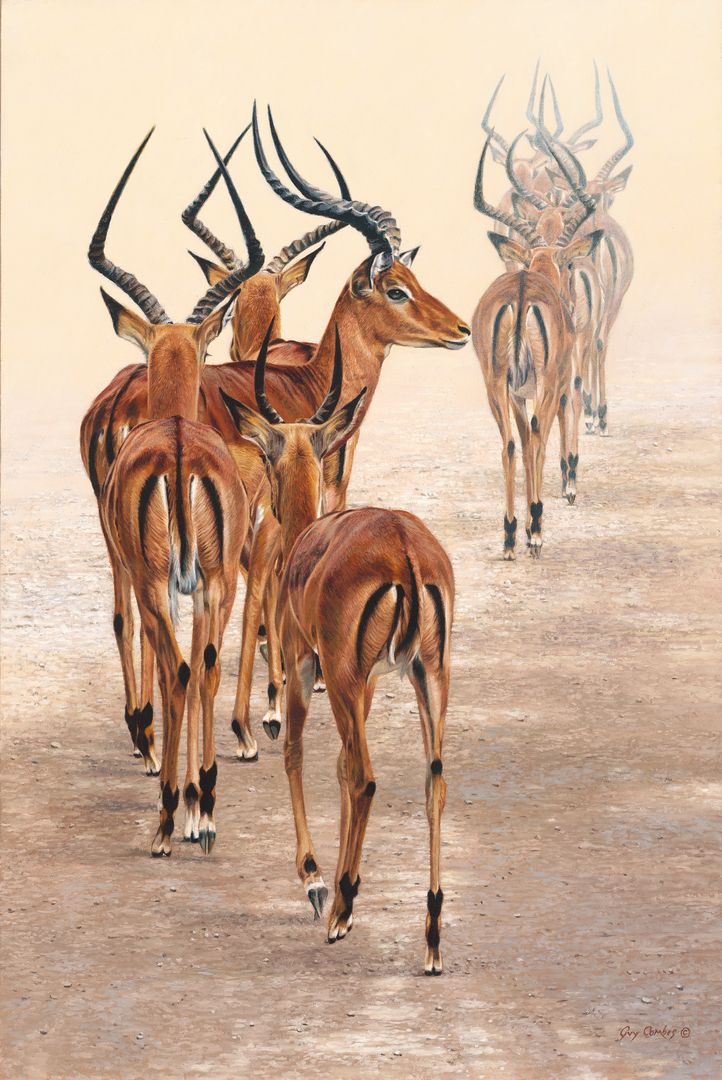 Protect them from the evil one

Jesus raised his eyes to heaven and said:

I have watched over them and not one is lost except the one who chose to be lost, and this was to fulfil the scriptures. But now I am coming to you and while still in the world I say these things to share my joy with them to the full. I passed your word on to them, and the world hated them, because they belong to the world no more than I belong to the world.

Reflection on the Wildlife Art

Continuing from yesterday's reading, we witness Jesus praying for His disciples and asking God to protect them from the evil one. And we do need protection as the following story illustrates.

There was a billionaire in the United States who wanted build a private zoo in his gardens. He wanted to fill his zoo with the rarest of animals. He also wanted a highly sought after species of gazelles in Africa. Upon telling friends and contacts in Africa what type of gazelle he wanted, they all told him it was an impossible task. Gazelles are simply too smart and too fast to be caught. It became a challenge for the man and he decided to go to Africa to catch the gazelles himself. He set up camp and, knowing that gazelles like sweet things, he started to put sweetened food out for the gazelles every night. After the first night, he put up one pole, the second night another pole, the third night, a third pole, etc… the gazelles came back every night not paying attention to there being a new pole each night. After a few weeks, the man put fencing between the first pole and the second pole; the next night between the second and the third pole, etc… again the gazelles didn't pay any attention, coming back for their sweet food every night… until one night, the last fence between the two last poles went in. They were trapped. The man had fenced them in: he had succeeded in trapping them.

Our story illustrates how the evil one does slowly but surely try to seduce us into temptation… gradually and often unnoticeably… and by doing so, we end up losing our freedom, just like the gazelles.

The painting of gazelles is by Guy Combes, an Arizona based artist who grew up in Kenya surrounded by wildlife. Especially the gazelles in the top right, wandering into the foggy distance are beautifully rendered.

Feast of Our Lord Jesus Christ the Eternal High...

Father, the hour has come

I have sent them into the world