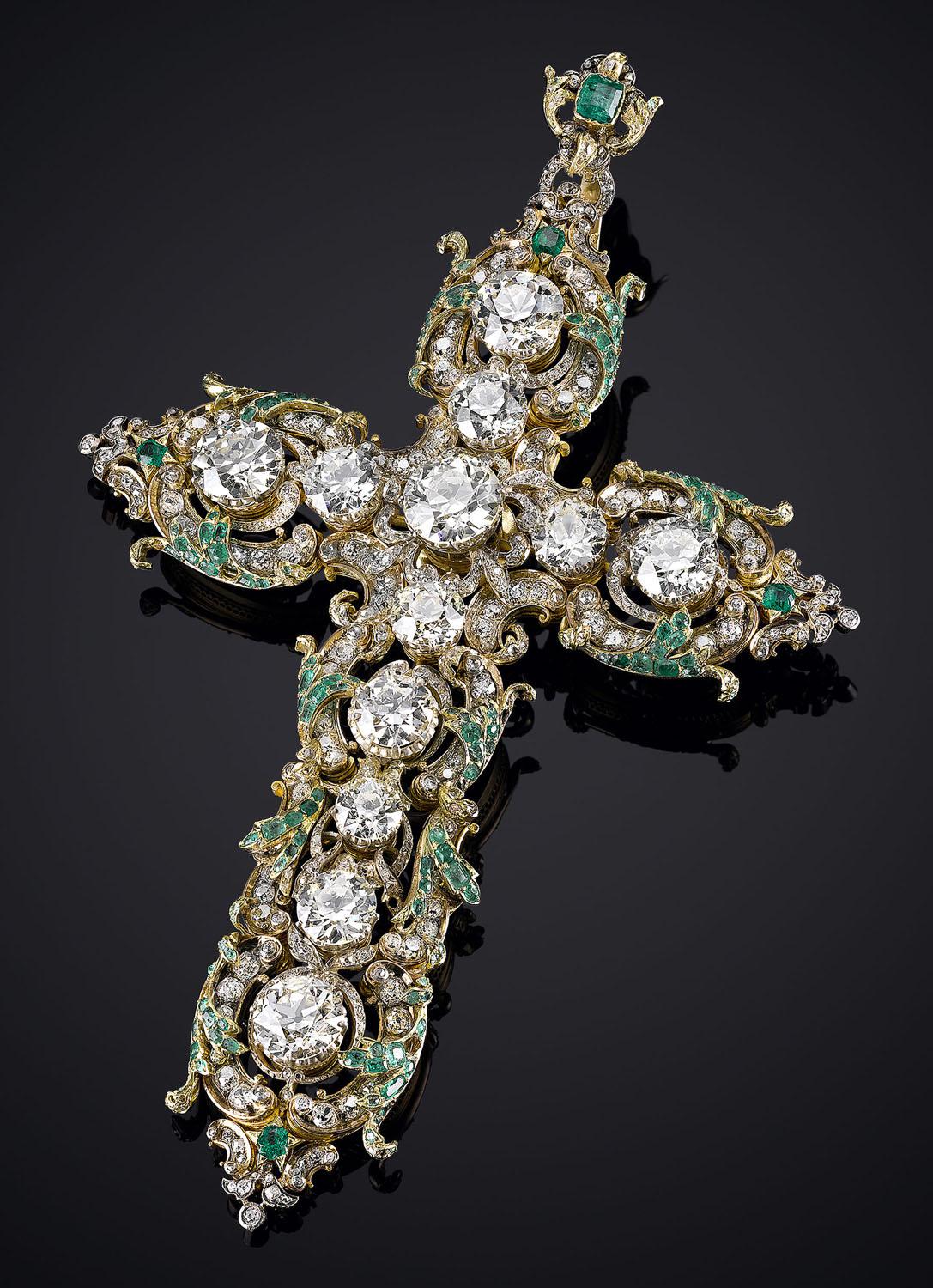 Feast of the Exaltation of the Holy Cross

'No one has gone up to heaven

except the one who came down from heaven,

the Son of Man who is in heaven;

and the Son of Man must be lifted up

as Moses lifted up the serpent in the desert,

so that everyone who believes may have eternal life in him.

Yes, God loved the world so much that he gave his only Son,

so that everyone who believes in him may not be lost

but may have eternal life.

For God sent his Son into the world

not to condemn the world,

but so that through him the world might be saved.'

Reflection on the Papal Pectoral Cross

Today we celebrate the Feast of the Exaltation of the Holy Cross. We need to go back to the 4th century to find the roots of this feast. Saint Helena, mother of the Roman Emperor Constantine, travelled extensively to the Holy Land and Jerusalem to trace back the holy sites of Jesus' life. At one stage she asked her son to build the Basilica of the Holy Sepulchre over the tomb of Jesus. During the foundational structural works, on 14th September 326, the builders excavated wood of three different crosses. Legend has it that the cross on which Jesus died was identified when its touch healed a dying woman. The cross immediately became an object of veneration and treasured by worshippers. To this day, the Eastern Churches and Catholic Church celebrate the Exaltation of the Holy Cross on the 14th September, the anniversary of the basilica's dedication and building by Constantine on the site of the Holy Sepulchre and Mount Calvary.

The cross is the universal symbol of our Christian faith. It represents Christ's victory over death. It reminds us of the redemptive transformation of an instrument of torture into the foremost instrument of salvation. Our artwork today is a gold papal pectoral cross which once belonged to Pope Paul VI (pontificate 1963-1978), set with 75-carat diamonds. A pectoral cross is a cross worn on the chest, usually suspended from the neck by a chain. Whilst in ancient times such crosses were worn by most of the clergy, from the end of the Middle Ages onwards they came to be worn by bishops only, as a sign of their position. Even today the wearing of a pectoral cross remains restricted to popes, cardinals, bishops and abbots. The word pectoral derives from the Latin pectus, meaning 'chest'. When putting on the pectoral cross, traditionally the bishop says 'Munire me digneris', asking the Lord for strength and protection against all evil and to be mindful of His passion and cross.

The pectoral cross is decorated with diamonds and Colombian emeralds, bearing the stamp of Cassio, which refers to Cassio Studios, one of the artisan atelier papal suppliers. They made this pectoral cross in the early 1900s with gemstones from the Vatican's own collection. Pope Paul VI made a historic visit to the UN in 1965 to address the General Assembly. He requested that this cross, alongside a matching papal ring, be auctioned, with the proceeds going to human relief funds. The cross appeared again on the art market in 2014 when it was reputedly sold for $1.3 million.

God loved the world so much that he gave his on...

Feast of the Exaltation of the Holy Cross