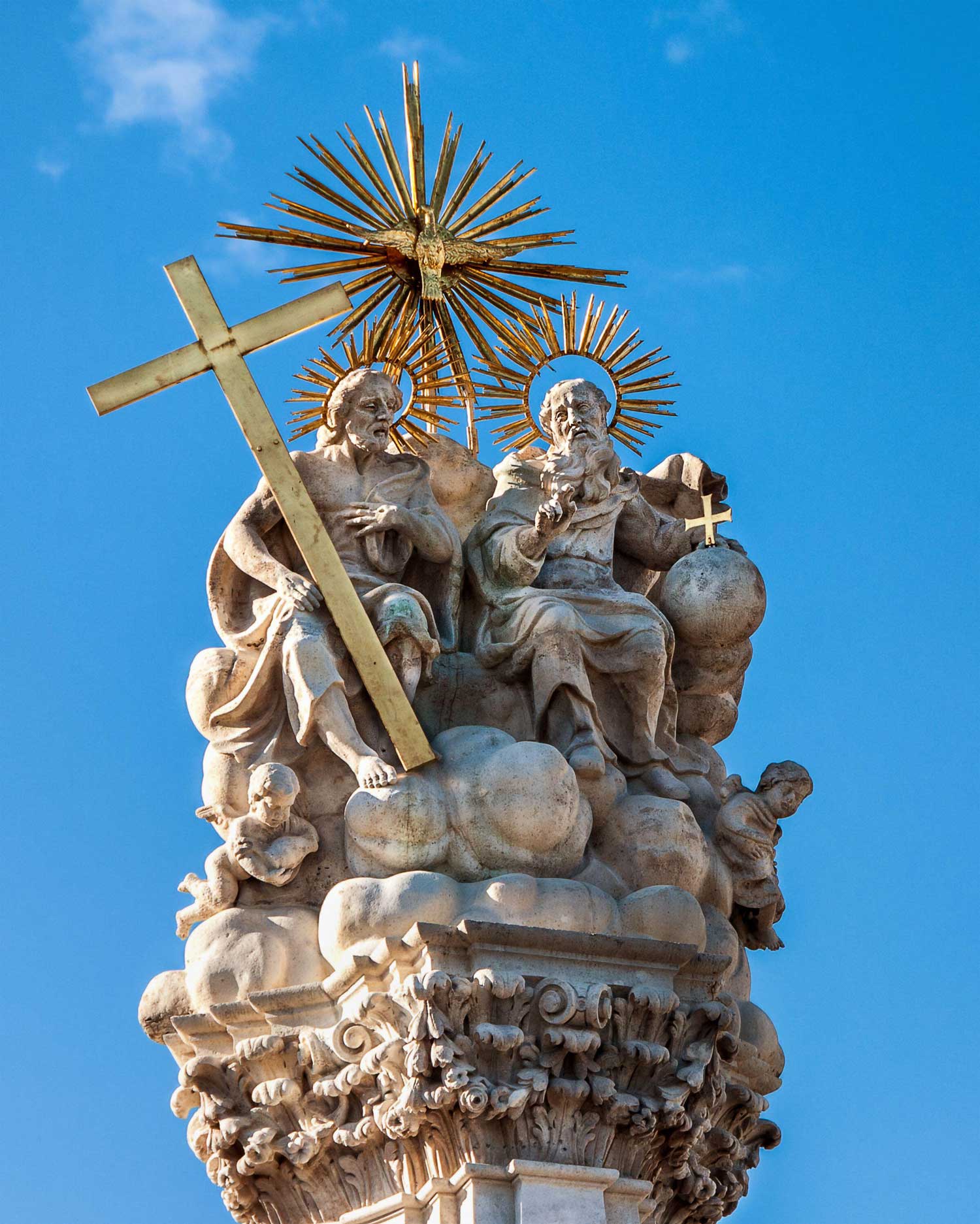 The Son can do nothing on his own

But Jesus answered them, ‘My Father is still working, and I also am working.’ For this reason the Jews were seeking all the more to kill him, because he was not only breaking the sabbath, but was also calling God his own Father, thereby making himself equal to God.

Jesus said to them, ‘Very truly, I tell you, the Son can do nothing on his own, but only what he sees the Father doing; for whatever the Father does, the Son does likewise. The Father loves the Son and shows him all that he himself is doing; and he will show him greater works than these, so that you will be astonished. Indeed, just as the Father raises the dead and gives them life, so also the Son gives life to whomsoever he wishes. The Father judges no one but has given all judgement to the Son, so that all may honour the Son just as they honour the Father. Anyone who does not honour the Son does not honour the Father who sent him.

Very truly, I tell you, anyone who hears my word and believes him who sent me has eternal life, and does not come under judgement, but has passed from death to life. ‘Very truly, I tell you, the hour is coming, and is now here, when the dead will hear the voice of the Son of God, and those who hear will live. For just as the Father has life in himself, so he has granted the Son also to have life in himself; and he has given him authority to execute judgement, because he is the Son of Man. Do not be astonished at this; for the hour is coming when all who are in their graves will hear his voice and will come out—those who have done good, to the resurrection of life, and those who have done evil, to the resurrection of condemnation. ‘I can do nothing on my own. As I hear, I judge; and my judgement is just, because I seek to do not my own will but the will of him who sent me.

Reflection on the Columnar Monument

In our Gospel reading today we hear how the love of God is manifested through Jesus Christ. Jesus tells us in clear words who He is and how He works with and for His father. One of the stand out phrases is when Jesus tells us that 'the Son can do nothing on his own’. Jesus shares that he is one of the three persons in the godhead... all three persons of the Trinity working harmoniously together...

Our artwork today depicts the Holy Trinity: the Father, the Son and the Holy Spirit. Erected in the centre of Budapest, it was installed in gratitude to God for ending the plague epidemic in 1694, and was also meant to ensure protection from future outbreaks. After completion in 1706, three years later a new plaque broke out. The column was removed and replaced by an even richer and more elaborate version. The sculptor Fülöp Ungleich modelled the column which we can find today. Inaugurated on 11th June 1713, we see the three persons of the Trinity depicted.

We believe that the Trinity is One God, three persons, co-equal and co-eternal. The mystery of the Most Holy Trinity is central to the mystery of our Faith. Nr.234 of the Catechism of the Catholic Church reads: ‘The mystery of the Most Holy Trinity is the central mystery of Christian faith and life. It is the mystery of God in himself. It is therefore the source of all the other mysteries of faith, the light that enlightens them. It is the most fundamental and essential teaching in the "hierarchy of the truths of faith".56 The whole history of salvation is identical with the history of the way and the means by which the one true God, Father, Son and Holy Spirit, reveals himself to men "and reconciles and unites with himself those who turn away from sin”.

You can read this number and the following numbers of the Catechism covering the Trinity, here (Vatican Archive ).

It’s an interesting statue. My first thought, they are commenting on the poor sods passing below, some voices even come to mind… Now not so sure, they seem to be sitting next but unaware of each other. The little angel on the left, surely wants to drop that vase on someone’s head… as for the one on the right (I’m glad it has wings) is my favourite, it’s the only one really looking at us. Thank you.

How sad that the splendours of the baroque never really permeated these shores. A result of the Reformation I suppose. Instead we had the misery of the Puritans and the charming Oliver Cromwell!

I wondered where that would be (possibly on a church in Rome) but I didn’t think of Budapest. It’s brilliant and an image to ponder when making the sign of the cross.

A very rich and densely worded statement from Jesus. There are a few books that could come out of that passage. I shall ponder it for the rest of the day.