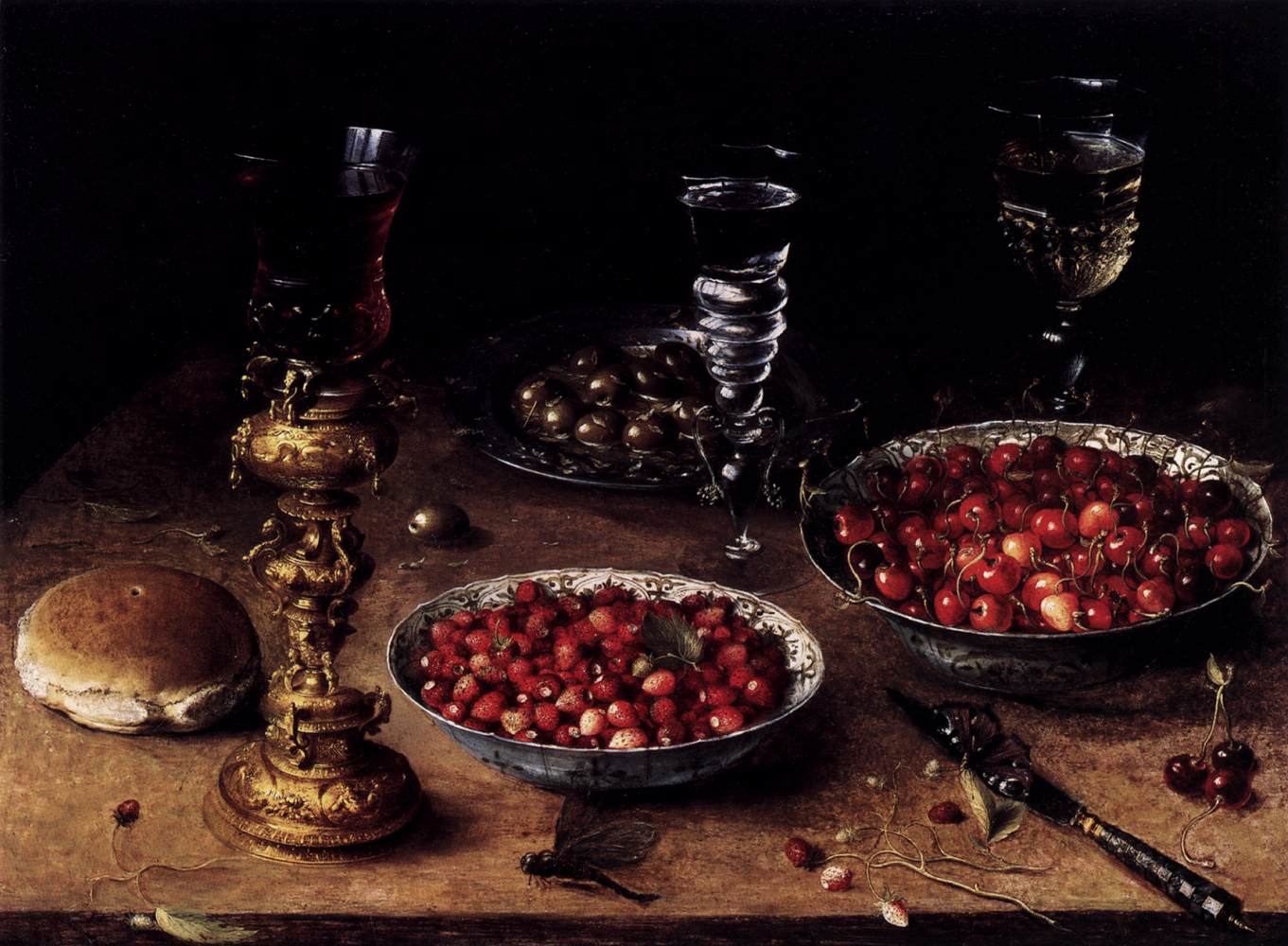 Still life with Cherries and Strawberries,
by Osias Beert the Elder (1580-1624),
oil on copper, painted in 1608,
©Staatliche Museum, Berlin, Germany

Still life with Cherries and Strawberries,
by Osias Beert the Elder (1580-1624),
oil on copper, painted in 1608,
©Staatliche Museum, Berlin, Germany

Do not work for food that cannot last

After Jesus had fed the five thousand, his disciples saw him walking on the water. Next day, the crowd that had stayed on the other side saw that only one boat had been there, and that Jesus had not got into the boat with his disciples, but that the disciples had set off by themselves. Other boats, however, had put in from Tiberias, near the place where the bread had been eaten. When the people saw that neither Jesus nor his disciples were there, they got into those boats and crossed to Capernaum to look for Jesus. When they found him on the other side, they said to him, ‘Rabbi, when did you come here?’

Jesus answered: ‘I tell you most solemnly, you are not looking for me because you have seen the signs but because you had all the bread you wanted to eat.

the kind of food the Son of Man is offering you, for on him the Father, God himself, has set his seal.’

Then they said to him, ‘What must we do if we are to do the works that God wants?’ Jesus gave them this answer, ‘This is working for God: you must believe in the one he has sent.’

Christian Art doesn't need to necessarily depict overtly Christian subject matters. Still life paintings are a prime example, of an effective, subtle way of approaching the subject. Here we see Osias Beert (active in Antwerp at the same time as Rubens) reflecting on the theme of good versus evil, through food & flowers (all gifts from God) loaded with symbolism: the bowls of strawberries and cherries (considered to be the fruits of Paradise) represent the human soul; the butterfly is a symbol of salvation & resurrection; the dragonfly represents evil. The artists shows these butterflies and dragonflies hovering by the fruit, the forces of good and evil fighting for man's soul.
Bread is also present, symbolic for everyday life, humility and of course the Body of Christ. The three glasses depict the brittleness and fragility of life, and as the glasses are filled it shows a life of luxury... but that life alongside the food it surrounds, are all temporary and fade...

There is a small boy here with five barley loav...

For my blood is real drink.

Lord, who shall we go to?

As many as five thousand were fed