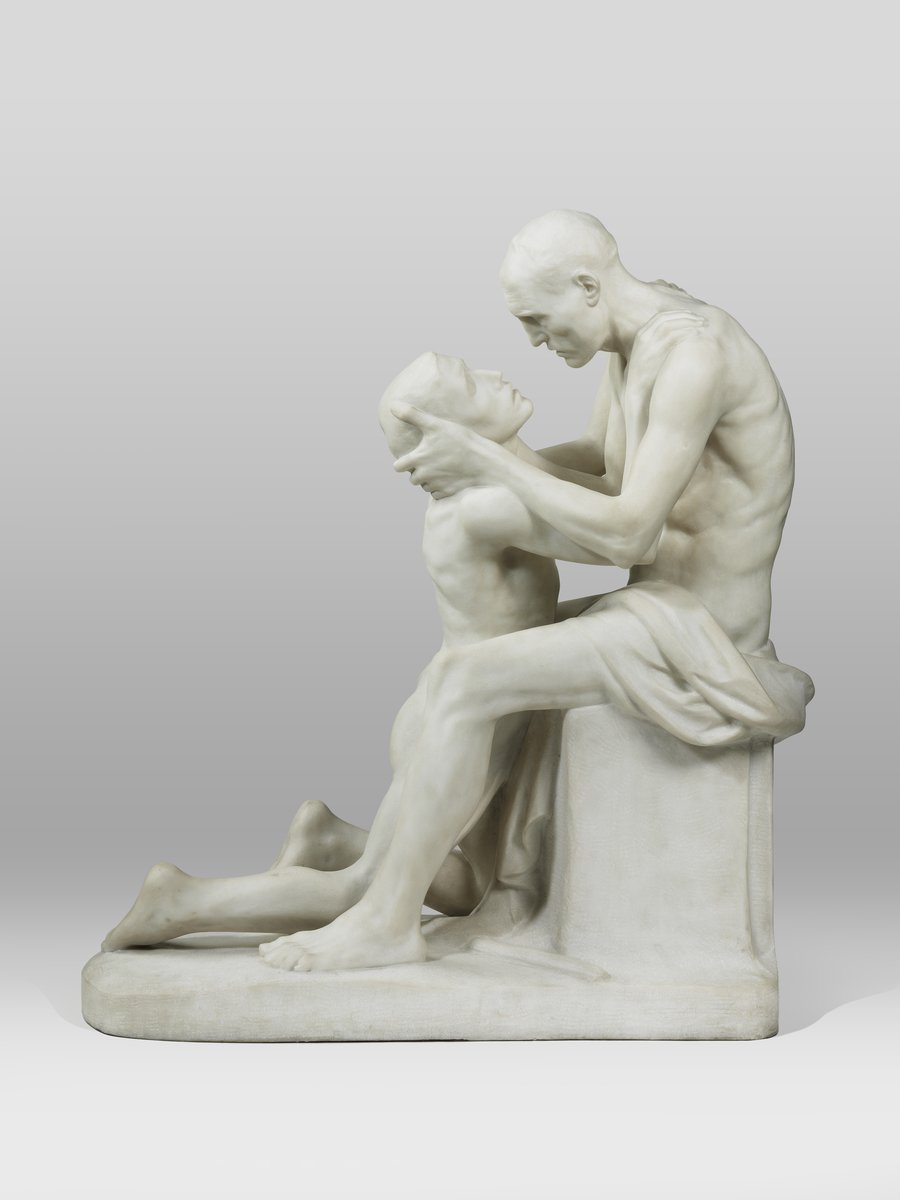 Laetare Sunday and the Prodigal Son

The tax collectors and the sinners were all seeking the company of Jesus to hear what he had to say, and the Pharisees and the scribes complained. ‘This man’ they said ‘welcomes sinners and eats with them.’ So he spoke this parable to them:

‘A man had two sons. The younger said to his father, “Father, let me have the share of the estate that would come to me.” So the father divided the property between them. A few days later, the younger son got together everything he had and left for a distant country where he squandered his money on a life of debauchery.

‘When he had spent it all, that country experienced a severe famine, and now he began to feel the pinch, so he hired himself out to one of the local inhabitants who put him on his farm to feed the pigs. And he would willingly have filled his belly with the husks the pigs were eating but no one offered him anything. Then he came to his senses and said, “How many of my father’s paid servants have more food than they want, and here am I dying of hunger! I will leave this place and go to my father and say: Father, I have sinned against heaven and against you; I no longer deserve to be called your son; treat me as one of your paid servants.” So he left the place and went back to his father.

‘While he was still a long way off, his father saw him and was moved with pity. He ran to the boy, clasped him in his arms and kissed him tenderly. Then his son said, “Father, I have sinned against heaven and against you. I no longer deserve to be called your son.” But the father said to his servants, “Quick! Bring out the best robe and put it on him; put a ring on his finger and sandals on his feet. Bring the calf we have been fattening, and kill it; we are going to have a feast, a celebration, because this son of mine was dead and has come back to life; he was lost and is found.” And they began to celebrate.

‘Now the elder son was out in the fields, and on his way back, as he drew near the house, he could hear music and dancing. Calling one of the servants he asked what it was all about. “Your brother has come” replied the servant “and your father has killed the calf we had fattened because he has got him back safe and sound.” He was angry then and refused to go in, and his father came out to plead with him; but he answered his father, “Look, all these years I have slaved for you and never once disobeyed your orders, yet you never offered me so much as a kid for me to celebrate with my friends. But, for this son of yours, when he comes back after swallowing up your property – he and his women – you kill the calf we had been fattening.”

‘The father said, “My son, you are with me always and all I have is yours. But it was only right we should celebrate and rejoice, because your brother here was dead and has come to life; he was lost and is found.”’

Reflection on the Sculpture

Laetare! Rejoice! This is the very first word of today’s entrance antiphon on this Fourth Sunday of Lent. In three more Sundays, we arrive at Easter. So mid-way through lent, we have a day to rejoice and remind us what lent is all about: a joyful living towards the Light of Easter that will illuminate our world.

The Gospel reading we are given for today is that of the Prodigal Son. In a way it is encompasses the very essence of our faith. It is not only a metaphoric retelling of the whole of salvation history and the love and forgiveness God has towards His people, but it is also a very humbling story of pure love. Jesus evokes this rich imagery how a father welcomes his son again into his loving arms.

This rich imagery is beautifully conveyed in our sculpture by Constantin Meunier from 1895. It shows the returned adolescent son crying out his misery in a moment of despair and doubt, kneeling in front of his father. The sculpture captures the moment the son is begging for forgiveness, but still unsure what the outcome will be and how his father will react. The father’s hands however already convey mercy and forgiveness.

Unusual for the time this was sculpted in, the father is shown without beard. Two years before creating this work, Constantin Meunier lost both his sons. The grieving father looking straight into the eyes of the prodigal son is therefore even more poignantly rendered. The sculptor turned to the biblical story of today’s parable to help express his grief as a mourning father.

The Parable of the Lost Coin

I have found my sheep that was lost