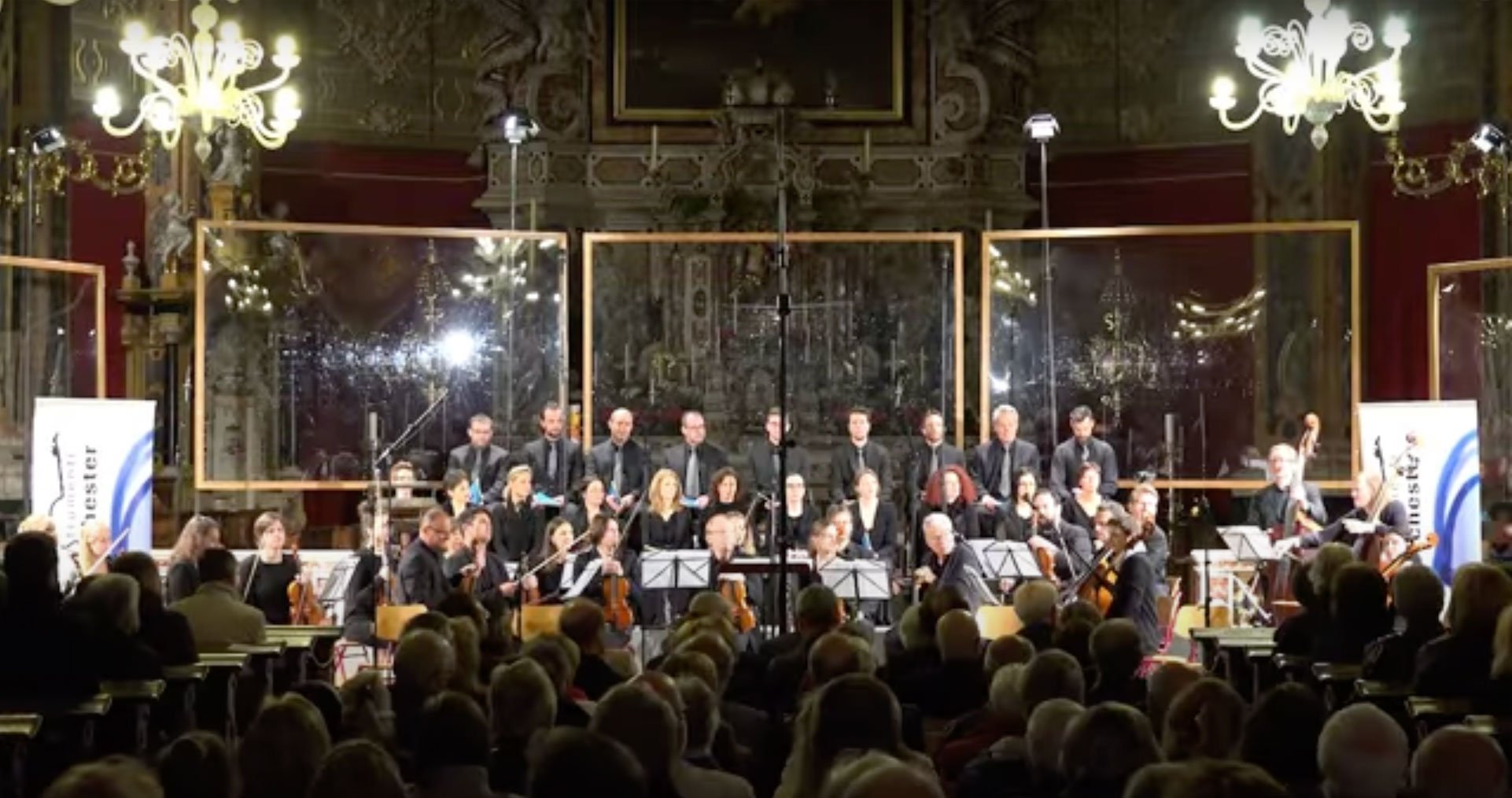 Our Lady of Sorrows

As the child’s father and mother stood there wondering at the things that were being said about him, Simeon blessed them and said to Mary his mother, ‘You see this child: he is destined for the fall and for the rising of many in Israel, destined to be a sign that is rejected – and a sword will pierce your own soul too – so that the secret thoughts of many may be laid bare.’

Stabat mater dolorósa
At the Cross her station keeping,

The Stabat Mater is one of the great devotional prayers, exploring what it was like for Mary to stand at the foot of the Cross as her Son was dying.  It’s not surprising that so many composers of church music have been attracted to this text, combining as it does devotion to Our Lady with devotion to the Cross – two great sources of inspiration for Christian musicians.  Joseph Haydn composed this music in 1767, shortly after becoming Director of Music, or Kapellmeister, to Prince Nicholas Esterházy at his great palace in the middle of the Hungarian countryside.  The death of Haydn’s predecessor in 1766 allowed him to begin composing sacred music once again, as he had done in his youth, and the Stabat Mater was one of the early fruits of this newfound freedom.

The sorrowful nature of the text was an invitation to explore the rich expressive opportunities afforded by minor keys, which Haydn does to great effect.  The long text is divided into 13 separate movements, with more than an hour of music altogether.  We hear just the first movement, a setting for tenor solo, chorus and orchestra of the first two stanzas of the poem.

Pertransivit gladius, the sword has pierced through.  With these words, set by Haydn at the close of the first movement, the 13th-century author recalls Simeon’s prophecy that a sword would pierce Mary’s soul.  As we picture her standing at the foot of the Cross, we understand how the prophecy was fulfilled.  When we turn to Mary, our mother, in prayer, we know that she understands our sufferings, as she suffered so much herself.  And we are filled with hope when we consider how her sorrow was turned to joy when her Son rose from the dead.

Reflection written by Monsignor Philip Whitmore. He is the parish priest of St James' Church, Spanish Place, in central London.  Previously he lived for over 20 years in Rome, working first in the Vatican and then as Rector of the Venerable English College.  Before becoming a priest, he was a music historian based at Magdalen College, Oxford.

Again – fabulous voices and orchestra. I only knew the Palestrina Stabat Mater….

For me today always makes me think of Michelangelo’s Pietà…. The sorrow Mary must have felt having her dead son’s body on her lap…. The deepest of sorrows….

Happy New Year to you all

There was a prophetess, Anna

There was a prophetess, Anna

The Shepherds found Mary, Joseph, and the baby ...