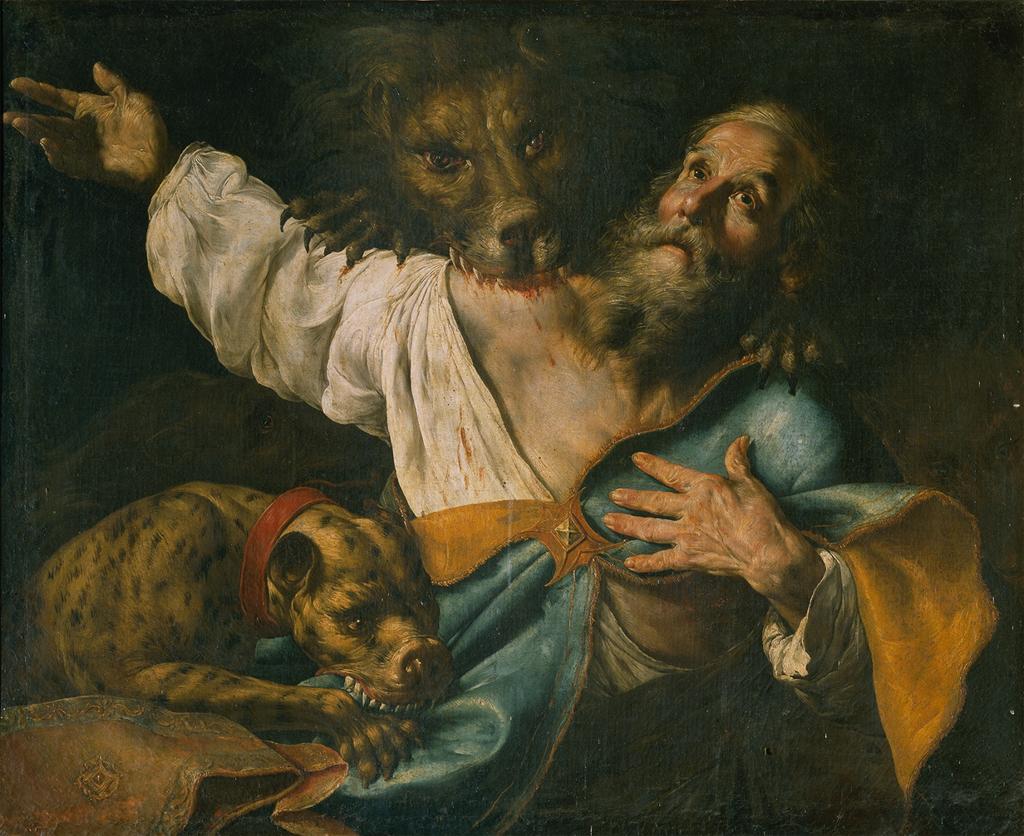 Ignatius of Antioch and the Lions,
Painting attributed to Cesare Fracanzano (1612-1656),
Painted circa 1635,
Oil on canvas
© Galleria Borghese, Rome

Ignatius of Antioch and the Lions,
Painting attributed to Cesare Fracanzano (1612-1656),
Painted circa 1635,
Oil on canvas
© Galleria Borghese, Rome

Men will seize you and persecute you

Jesus said to his disciples: ‘Men will seize you and persecute you; they will hand you over to the synagogues and to imprisonment, and bring you before kings and governors because of my name – and that will be your opportunity to bear witness. Keep this carefully in mind: you are not to prepare your defence, because I myself shall give you an eloquence and a wisdom that none of your opponents will be able to resist or contradict. You will be betrayed even by parents and brothers, relations and friends; and some of you will be put to death. You will be hated by all men on account of my name, but not a hair of your head will be lost. Your endurance will win you your lives.’

Reflection on the Martyr Painting

As I am in my first year of seminary, we are currently studying early Christianity and especially the early martyrs are a fascinating topic. Early Christians identified very strongly with the Passion of Christ and this gave rise to a spirituality of martyrdom. Martyrdom became the ultimate symbol of true discipleship and following of Christ. A loving acceptance of martyrdom was a confirmation of the Christians’ belief that Christ conquered death.

The word ‘martyr’ is derived from the Greek word for ‘witness’. It was a kind of honorific title given to Christians who bore witness to their believe in Christ, by laying down their own lives during times of persecution. When Emperor Constantine converted in 312 AD, martyrdom came to an end. We cannot say though that with it the spirit of the martyr died. No, it continues to remain instilled in our Catholic tradition: sacrifice and total abandonment in Christ are needed. To the present day, this element of ‘sacrifice’ is crucial in our faith.

The painting we are looking at depicts Ignatius of Antioch (35-108AD). Ignatius was born in Syria, converted to Christianity and eventually became bishop of Antioch. In 107 AD, Emperor Trajan visited Antioch and forced the Christians there to choose between death and apostasy (apostasy is the total rejection of Christianity by a baptised person who, having at one time professed the Christian faith, publicly rejects it). Ignatius would not deny Christ and thus was condemned to be put to death in Rome. Ignatius actually had a strong desire to be martyred, as he considered it to be the highest praise he could give to Christ. In his letters he wrote prior to his death by lions in the Colosseum, Ignatius was the first person to use the adjective “Catholic” or “Universal” regarding the Church.

There will be great earthquakes, plagues and fa...

Your endurance will win you your lives