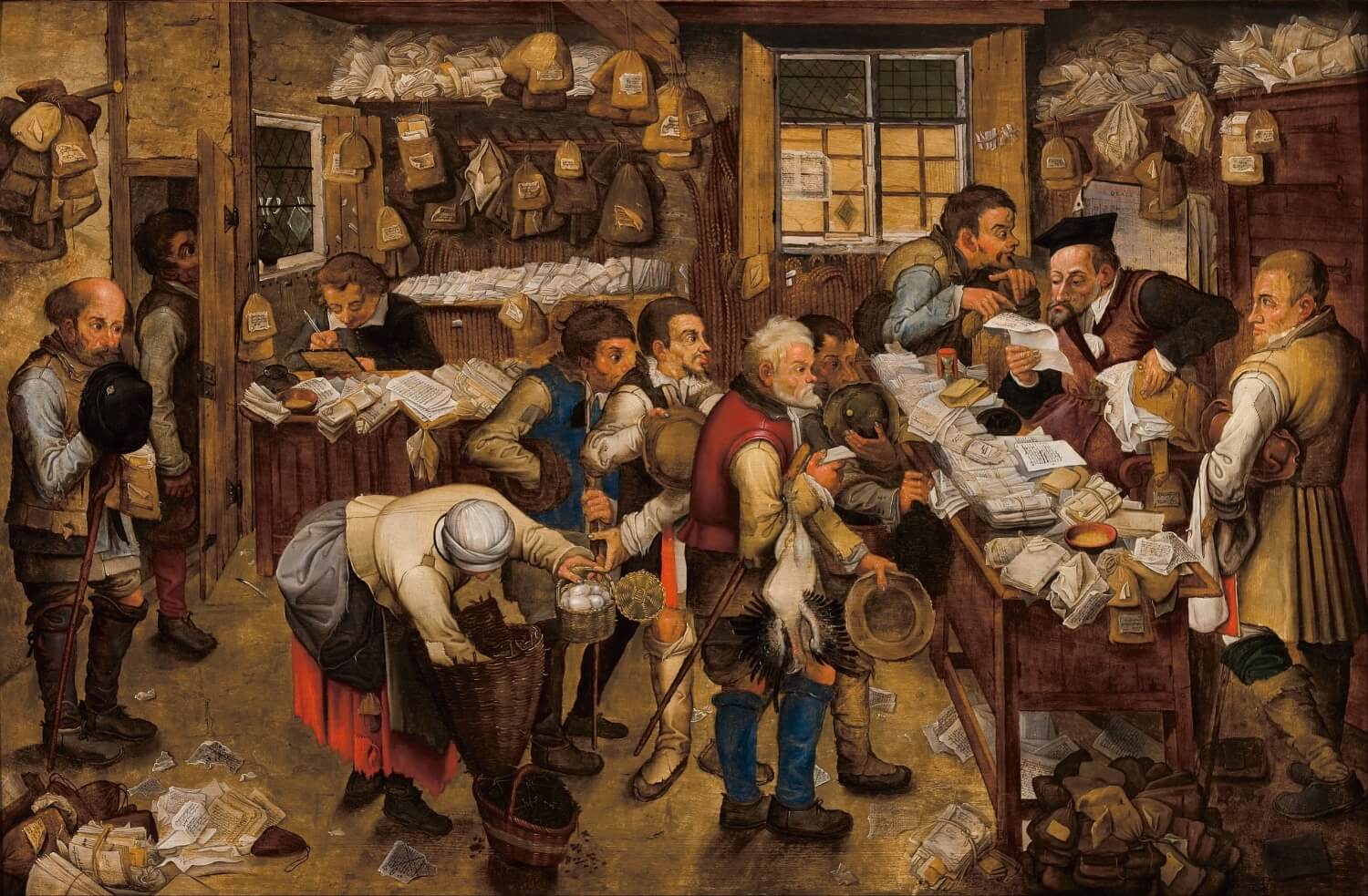 Jesus noticed a tax collector and said to him 'Follow Me'

Jesus noticed a tax collector, Levi by name, sitting by the customs house, and said to him, ‘Follow me.’ And leaving everything he got up and followed him.

In his honour Levi held a great reception in his house, and with them at table was a large gathering of tax collectors and others. The Pharisees and their scribes complained to his disciples and said, ‘Why do you eat and drink with tax collectors and sinners?’ Jesus said to them in reply, ‘It is not those who are well who need the doctor, but the sick. I have not come to call the virtuous, but sinners to repentance.’

Tax collectors during Jesus’ time were unpopular people. They colluded with the occupying Roman forces and raised taxes for the empire. In the process they often collected more than they should, and thus enriched themselves in the process. Even though they were wealthy, they were not liked and were marginalised. By calling Levi to be part of His inner circle, Jesus demonstrated the inclusivity of the community He wanted. One of the more unpopular men in society was invited ‘home’ by Jesus. That was Jesus’ call. Now Levi needed to respond.

Levi’s response was immediate. He left his earthly riches, to pursue the riches Jesus was talking about . Not only that, but we read in our Gospel reading how Levi immediately threw a big party at his home in honour of Jesus. A party to start a new beginning in life!

I am sure Levi’s tax office wasn’t as messy as the one depicted in our painting by Pieter Breughel the Younger! He painted quite a few versions of this composition. We see peasants and working people walking into the office, to pay their taxes. It looks as though some of them thought they were giving away some of their last possessions. A man is giving a bag of money, while many other such bags are hanging on the office walls; a women is paying her dues by giving eggs; another man is offering a paper contract, probably a title for land… Grief and upset are noticeable in their facial expressions. Breughel painted it as a socio-critical statement. The tax collecting practices during Jesus’ time would not have been too dissimilar. And now imagine Jesus calling one of the two men behind the counter: that is who Jesus came to call, the ones not loved, not liked by society.

I have not come to call the virtuous, but sinne...

That will be the time when they will fast