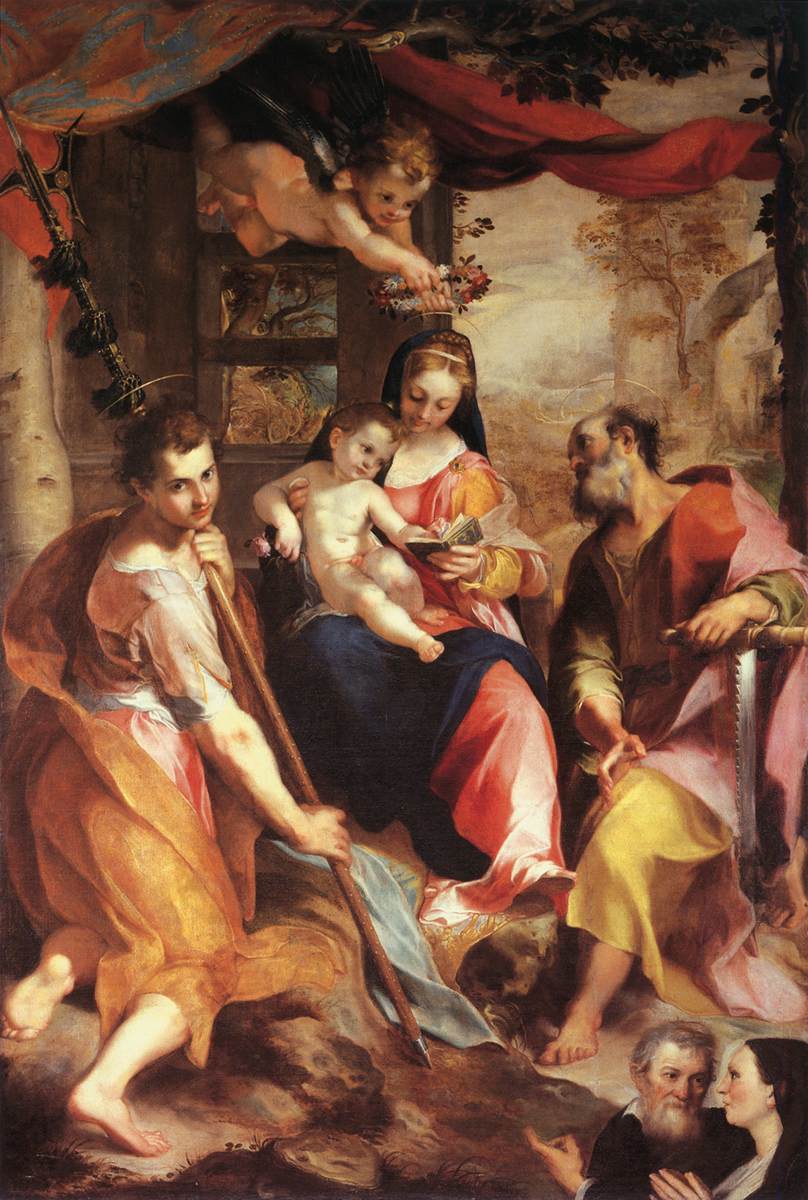 Jesus went out into the hills to pray; and he spent the whole night in prayer to God. When day came he summoned his disciples and picked out twelve of them; he called them 'apostles': Simon whom he called Peter, and his brother Andrew; James, John, Philip, Bartholomew, Matthew, Thomas, James son of Alphaeus, Simon called the Zealot, Judas son of James, and Judas Iscariot who became a traitor.

Reflection on the Altarpiece

During the 4th century, legends started appearing which spoke about saints Simon and Jude being on mission in Mesopotamia and Persia. Both were martyred there, according to the apocryphal Passion of Simon and Jude. Since the 8th century, the Church has commemorated them together on the 28th October. Simon is the tenth apostle mentioned in the list of apostles as described by Luke in today's reading. Very little is known about him. In art, St Simon is represented with a saw, the instrument of his martyrdom. Saint Jude, also called Thaddaeus, is the apostle who during the Last Supper asked Jesus why He showed Himself only to the disciples and not to the world. According to tradition, Saint Jude suffered martyrdom about 65 AD in Beirut, killed by an axe. He is the patron saint of lost and desperate causes - I am sure many of us may have prayed to him at some stage! :-)

Our painting by Federico Barocci was commissioned as a large altarpiece for the church of San Francesco in Urbino. We see the Virgin Mary holding Jesus and with a small Bible in her other hand. The landscape behind her is wrapped in mist. Saints Jude and Simon are flanking the middle scene, each holding their attributes of martyrdom. In the lower right corner we see the two donors who paid for the altarpiece. This canvas is over 283cm high, so one should imagine the effect it had from people seeing this work of art approaching it from the back of the church.

There is an old tradition that on this very feast day, Christians used to begin to prepare food for the Feast of All Souls. They baked things such as the 'bread of the dead' (especially popular in Mexico: 'pan de muerto') and 'soul cakes'. In some regions people would beg for ingredients to make these cakes on this day, in preparation for All Saints and All Souls.

Can one blind man guide another?

Love your enemies, do good to those who hate you

Happy are you who are poor, who are hungry, who...