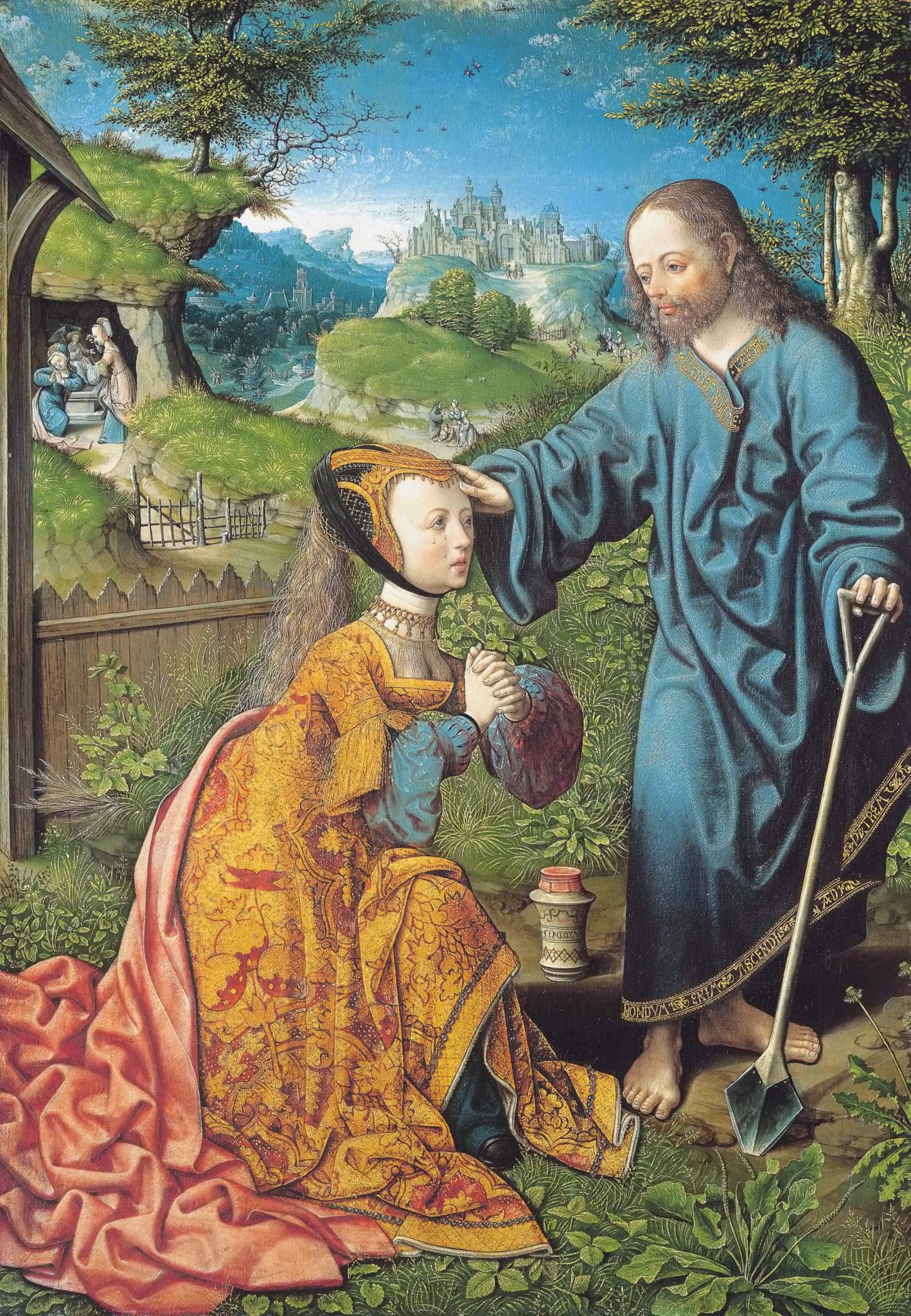 The women who accompanied Jesus

Jesus made his way through towns and villages preaching, and proclaiming the Good News of the kingdom of God. With him went the Twelve, as well as certain women who had been cured of evil spirits and ailments: Mary surnamed the Magdalene, from whom seven demons had gone out, Joanna the wife of Herod's steward Chuza, Susanna, and several others who provided for them out of their own resources.

Our Gospel reading today follows on from the one we heard yesterday. Jesus had just finished attending a feast at Simon the Pharisee's house and now goes on His way, preaching through the towns and villages. Luke provides us with some details of those who travelled with Him: the Twelve, Mary Magdalene, Joanna, Susanna, and many others. The fact that Jesus included women among his traveling companions is significant, as rabbis at the time refused to teach women. Pharisees and scribes were men as well. So Jesus traveling with women and instructing them was quite revolutionary at the time among the Jewish people. In today's reading, Luke affirms the role of women in the first century.

Our painting from 1507 by Jason Van Oostsanen depicts the moment Jesus appears to Mary Magdalene, one of the three women mentioned in today's Gospel. The Risen Christ depicted as the gardener (holding a spade), is seen gently touching Mary at the moment he would have said the words not to touch Him (noli me tangere), as he hasn't yet ascended to His Father (John 20:17). Actually the second part of this verse is inscribed in Latin in the bottom part of Jesus' garment: nondum enim ascendi ad patrem. Mary Magdalen is flanked by an alberello (jar) containing ointment, her attribute. In the background we see the women discovering the empty tomb, and on the right a small scene where Jesus meets the three Marys and another small scene where Jesus walks on the road to Emmaus.

Luke is the only is evangelist to give us this detail of the women who travelled with Jesus. Above all, he gives us a beautiful insight into the very early Church, a church which is constantly on the move, going from village to village to preach… sharing whatever resources they had to fulfil their mission.

The women who accompanied Jesus

The parable of the Sower

Feast of Saint Luke the Evangelist

The parable of the sower