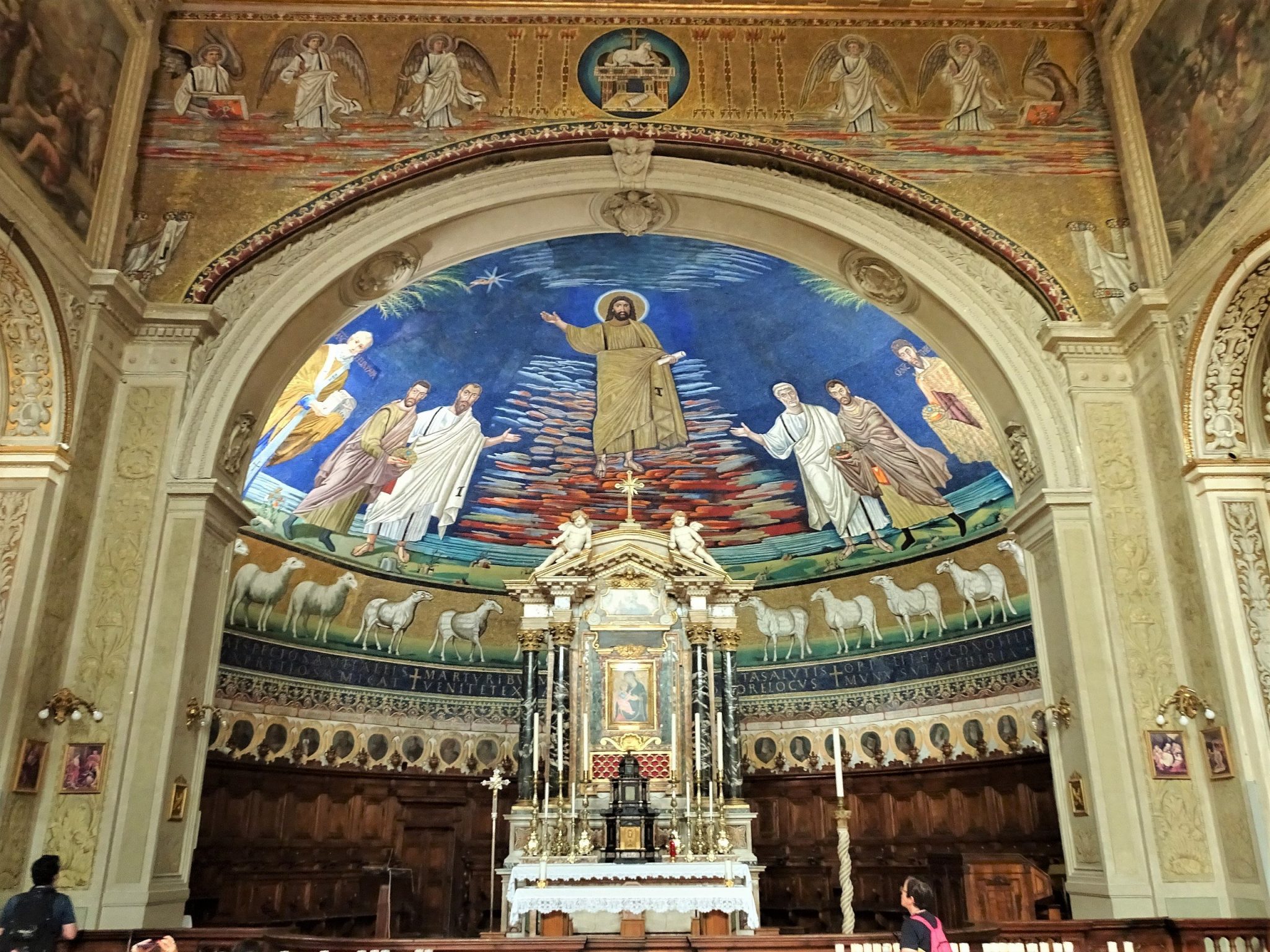 Feast of Saints Cosmas and Damian

An argument started between the disciples about which of them was the greatest. Jesus knew what thoughts were going through their minds, and he took a little child and set him by his side and then said to them, ‘Anyone who welcomes this little child in my name welcomes me; and anyone who welcomes me welcomes the one who sent me. For the least among you all, that is the one who is great.’

John spoke up. ‘Master,’ he said ‘we saw a man casting out devils in your name, and because he is not with us we tried to stop him.’ But Jesus said to him, ‘You must not stop him: anyone who is not against you is for you.’

Reflection on the Church Apse

Today we celebrate the Feast of Saints Cosmas and Damian, two Arab physicians, reputedly twin brothers who embraced Christianity and practised medicine and surgery without charging a fee. They thus showed immense generosity and compassion towards their community. In art, they are mostly depicted with medical instruments or ointment jars, as seen here.

Because they attributed their cures of blindness, fever and other ailments to the generosity of God, they were a main target during the Diocletian persecutions. The basilica of Saints Cosmas and Damian is a church in the Roman Forum, parts of which incorporate some of the original Roman buildings. The Roman temple was Christianised and dedicated to Sts Cosmas and Damian in 527, when Theodoric the Great, king of the Ostrogoths, and his daughter Amalasuntha donated the library of the Forum of Peace (Bibliotheca Pacis) and a portion of the Temple of Romulus to Pope Felix IV. The pope united the two buildings to create a basilica devoted to the Greek brothers and saints, Cosmas and Damian, in contrast with the ancient pagan cult of the two brothers Castor and Pollux, who had been worshipped in the nearby temple dedicated to them.

The apse of the church features some of the most striking, beautiful early mosaics. The Roman-Byzantine mosaics, represent the Second Coming of Christ at the end of time (the parousia). We see an imposing figure of Christ standing on the blue and red waters of the River Jordan, clad in a golden tunic and pallium, holding a scroll in his left hand and making a gesture with his right. On each side stand Cosmas and Damian, with crowns of martyrdom in their veiled hands, which are presented to Christ by Sts Peter and Paul. The procession ends with Pope Felix IV, who holds a model of the basilica. Below is a row of twelve lambs, representing the Apostles.

Amazing early mosaic…I cannot believe after living in Rome two years, I never went to this church! For shame….but there;s just too much there.
I love the sheep – I think that’s us…

I am sure we are that sheep… I am this sheep… and I am so grateful.

They were afraid to ask him what he meant

The Son of Man is going to be handed over into ...