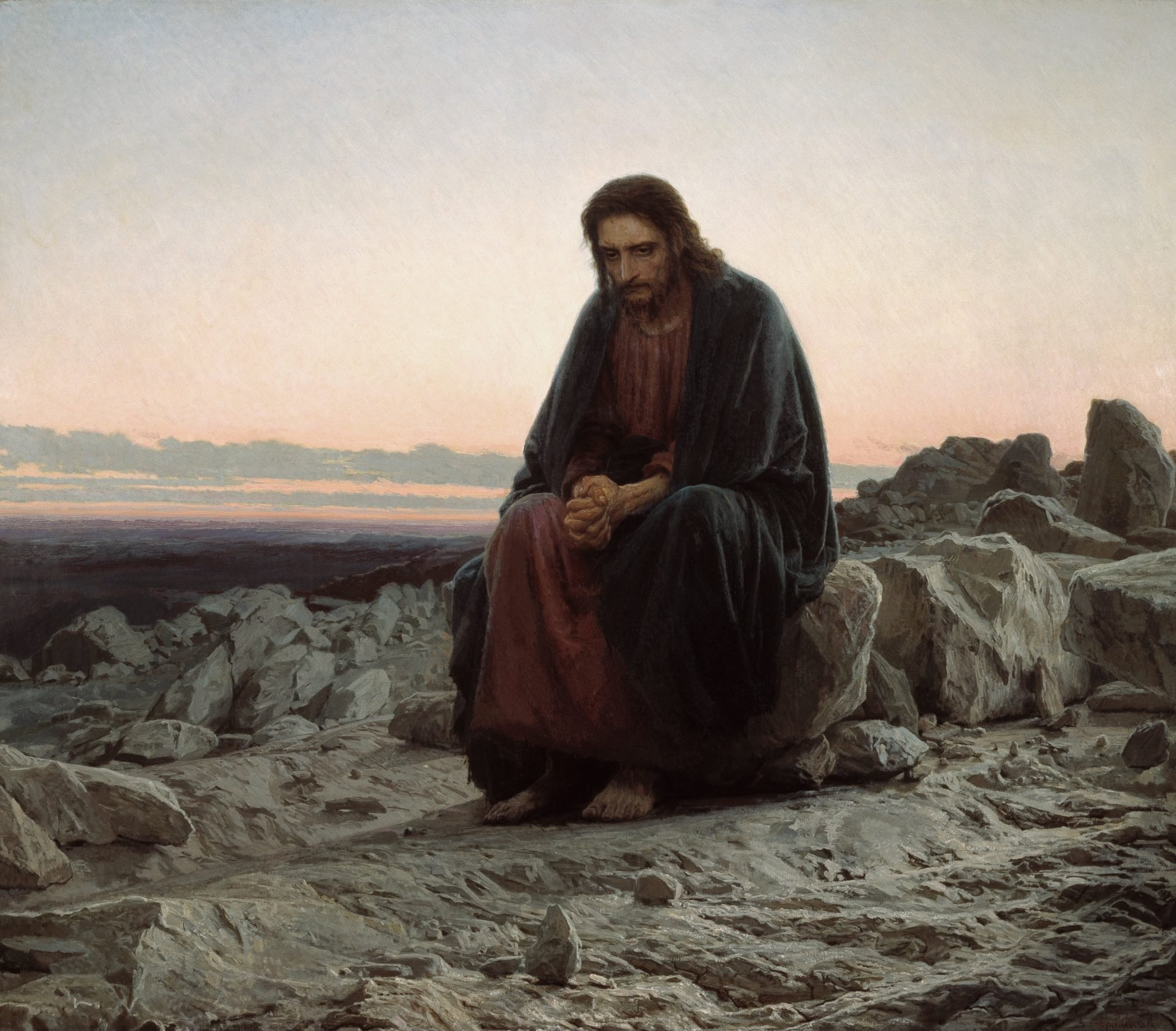 On leaving the synagogue, Jesus went with James and John straight to the house of Simon and Andrew. Now Simon’s mother-in-law had gone to bed with fever, and they told him about her straightaway. He went to her, took her by the hand and helped her up. And the fever left her and she began to wait on them.

That evening, after sunset, they brought to him all who were sick and those who were possessed by devils. The whole town came crowding round the door, and he cured many who were suffering from diseases of one kind or another; he also cast out many devils, but he would not allow them to speak, because they knew who he was.

In the morning, long before dawn, he got up and left the house, and went off to a lonely place and prayed there. Simon and his companions set out in search of him, and when they found him they said, ‘Everybody is looking for you.’ He answered, ‘Let us go elsewhere, to the neighbouring country towns, so that I can preach there too, because that is why I came.’ And he went all through Galilee, preaching in their synagogues and casting out devils.

Today’s Gospel reading tells us a lot about the way Jesus did his ministry. The disciples say to him, ‘‘Everybody is looking for you’. With a long line of people waiting outside to be healed, what does Jesus do? He wants to move on to another place. He preaches, heals and moves on, and does so over and over again… Jesus thus demonstrates that we can’t do everything when we help to spread his word. We can’t reach everyone. Or even if we were to reach everyone, not everyone would listen. So we have to keep moving and go where the Spirit is sending us, even if it means that people are still going to be in need in the place we have left behind…

The other sentence that stands out is ‘In the morning, long before dawn, he got up and left the house and went off to a lonely place and prayed there’. Jesus wanted to leave very early, to avoid the crowds and have time to pray. Repeatedly in the Gospels we hear about Jesus going away to spend time on his own with his Father in prayer. Jesus nurtured his own spiritual connection with his Heavenly Father and carefully looked after his own prayer life. If Jesus could find the time to care for his spiritual life, we surely can too.

Our painting depicts Jesus meditating and praying. Russian artist Ivan Kramskoy painted this in 1872 and used primarily cold colours to reflect the early morning chill of dawn in the background. The pensive figure of Christ wears a dark cloak and a red tunic underneath, symbolic of his passion which was to come. The painting emphasises Jesus’ human nature and features his mind in action, in the midst of the physical demands of his ministry. This is not a heroic, victorious Christ. He is portrayed as a humble, simple, human Christ with a tired facial expression… but yet his head against the soft skies and above the rocky earth, reveals his true majesty and force…

The actor who portrays Jesus in “The Chosen” looks so much like Jesus in this painting. I thought it was
a photograph of him!

Thanks Patrick for the beautiful painting and reflection today. This is an aspect of Jesus that we hardly see. He seems to be a little worn out from all the healing and casting out of demons. He needs to be refreshed, like all of us, by spending some intimate time with the Father.

To all who prayed for me last Sunday when I received the Sacrament of Encouraging. It was a beautiful, moving and impressive experience. I am glad and happy. Thank you all for your prayers for me!

I have never heard of this sacrament. Could you explain what it is? So glad you are feeling a little better.

I am struck by the immediacy and photographic quality of the foreground which accentuates the sombre portrayal of the Christ figure and draws the viewer into the mood perfectly. Far from seeming bleak, for me, however, the rosy hue of dawn light in the background seems to symbolise hope in a new day and a new mission.

Gosh, that is certainly a lonely place – and the bleak cold light of dawn excellently depicted.
Only Christ’s actions reveal what the Father said to Him in the vital communication between them. It’s something to ponder, that prayer…

Sometimes we forget our difficult it could be for Jesus. We think of Him more often as the Risen Saviour, or Christ ruling and judging, or even suffering in anguish on the cross. This painting helps me to focus on his other side, the weary one, the lonely one and the vulnerable one. With some Gospel readings I just want to give Jesus a great big hug, or just sit with Him. He needs our love so much, and this painting expresses it for me. Thank you again Patrick, and here’s a virtual hug to you from me.

Thank you Patrick, picture and reflection are beautiful.
Everyone needs a Poustinia.

What a beautiful painting! And the you’ve given us plenty to think about in your reflection. Many thanks.

Jesus was tempted by Satan

Unlike the scribes, he taught them with authority

John the Baptist appeared in the wilderness