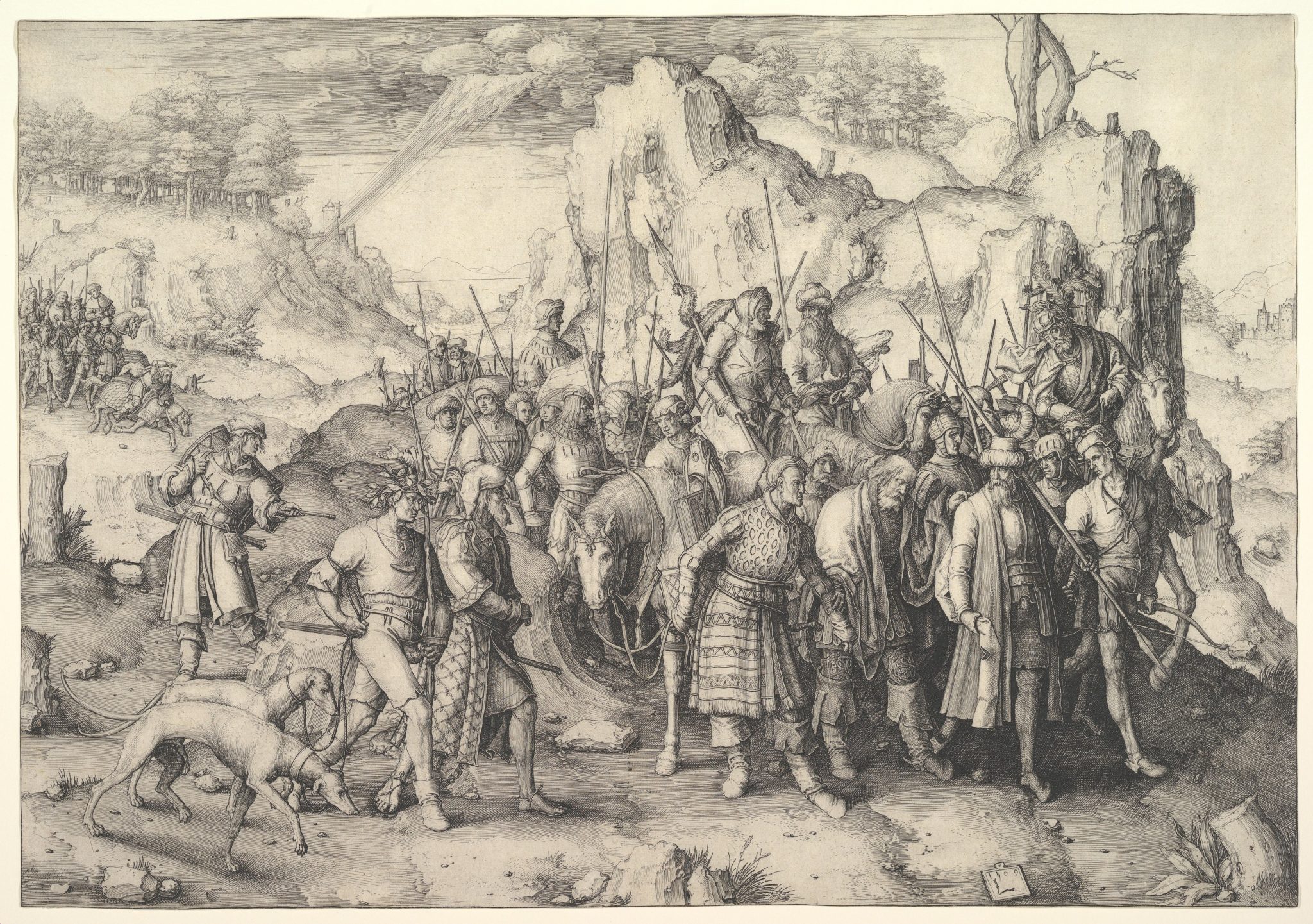 Reflection on the Engraving

Today we celebrate the Conversion of Saint Paul. It was the dramatic moment when Saul of Tarsus (Saint Paul), on his way to Damascus to arrest followers of Christ, is confronted by God, who strikes him blind. Of all the paintings or depictions of this topic, the engraving we are looking at today is one of my favourite ones. Lucas van Leyden shows in exquisite detail the events after Saint Paul is made blind. Most artists focus on the very moment Saint Paul is struck by God, usually showing him falling of his horse. But in our engraving we see walking in the foreground a visibly shocked Saint Paul, blind, with his head down, holding on to two men who show him the way. It is a very human depiction of what Saint Paul went through in those hours of his conversion. We see Saint Paul as helpless and dependent on others for guidance.

On the left, in the background we see the actual moment that Saint Paul was struck down. But it is the busy procession that captures our attention. It is set against some steep vertical rocks, with plenty of detailed engraved details in the foreground. In this way, Lucas van Leyden invites us as viewers into the composition, rather than just confronting us with a simple depiction of the moment of conversion.  The composition brings home the reality of what might have happened and the fragility of Paul in the moments after being struck down.

The beauty of Saint Paul’s conversion was that when he thus encountered God, he never went back to his former ways. He truly became a different person. Our engraving beautifully depicts how in the aftermath of being struck down, he went on his way, pensive, blind, humbled… all to prepare him for his wonderful mission. God gave a second chance to the very man who wanted to destroy Christianity… He became the greatest promoter of the Christian faith… This is how God works.

The Conversion of Saint Paul

Go out to the whole world; proclaim the Good Ne...