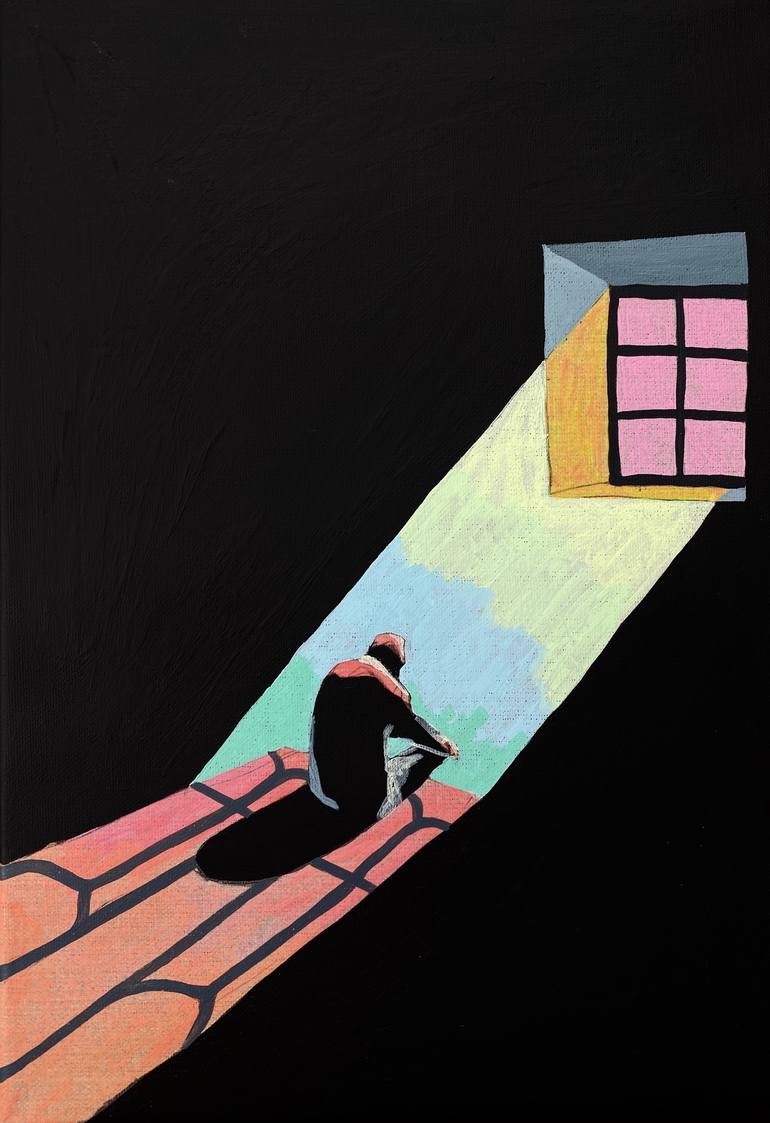 Self-Isolation,
Painted by Irina An,
Painted in 2020
Acrylic on canvas
© Irena An, artist, all rights reserved

Self-Isolation,
Painted by Irina An,
Painted in 2020
Acrylic on canvas
© Irena An, artist, all rights reserved

Jesus' relatives were convinced he was out of his mind

Jesus went home, and once more such a crowd collected that they could not even have a meal. When his relatives heard of this, they set out to take charge of him, convinced he was out of his mind.

Each time this reading comes round, I am always somewhat amused at the sentence Mark writes: ‘Jesus' relatives were convinced he was out of his mind’.  It places Jesus beautifully in the friendly setting of his natural family, just as we would write about our own families. To understand this phrase further we have to look at when Mark wrote his Gospel and who he wrote it for. It is generally thought that he composed his work in or about the year 70 AD, some 40 years after the death of Christ. To be a follower of Jesus in the Roman Empire in that time required great courage. It meant that you had to not follow the crowds and their worship of the Roman gods. This led to the Christians being isolated and even persecuted. Many insults would have been thrown at these early Christians, saying they were out of their minds in joining this new ‘sect’. So for the early Christians to then be told in our Gospel according to Mark, that Jesus’ own family was ‘convinced He was out of his mind’, would have brought great comfort and encouragement.

So today’s reading should not be read literally as an historical account of the behaviour of Jesus' natural family towards Him. No, our short passage today should be read as Mark addressing the early Christian communities to keep going and be firm in their belief. Let people out there say you are out of your minds, as Jesus faced similar criticism in His own time, even from His own family. I think there are probably still families who would think their committed Christian brothers sisters, cousins, etc., are slightly mad. 'How do you even want to be part of a Church which holds such and such views...?' we can be told….

At times, this can lead to a feeling of isolation in our faith. We want to keep going as Christians, deepening our friendship with Christ, but we can feel alone in our families and with our friends. The choice to follow Jesus can be a lonely one. So today’s artwork conveys this sense of loneliness that we may experience from time to time. But it is exactly there that we can find Jesus and forge an unbreakable bond with Him.