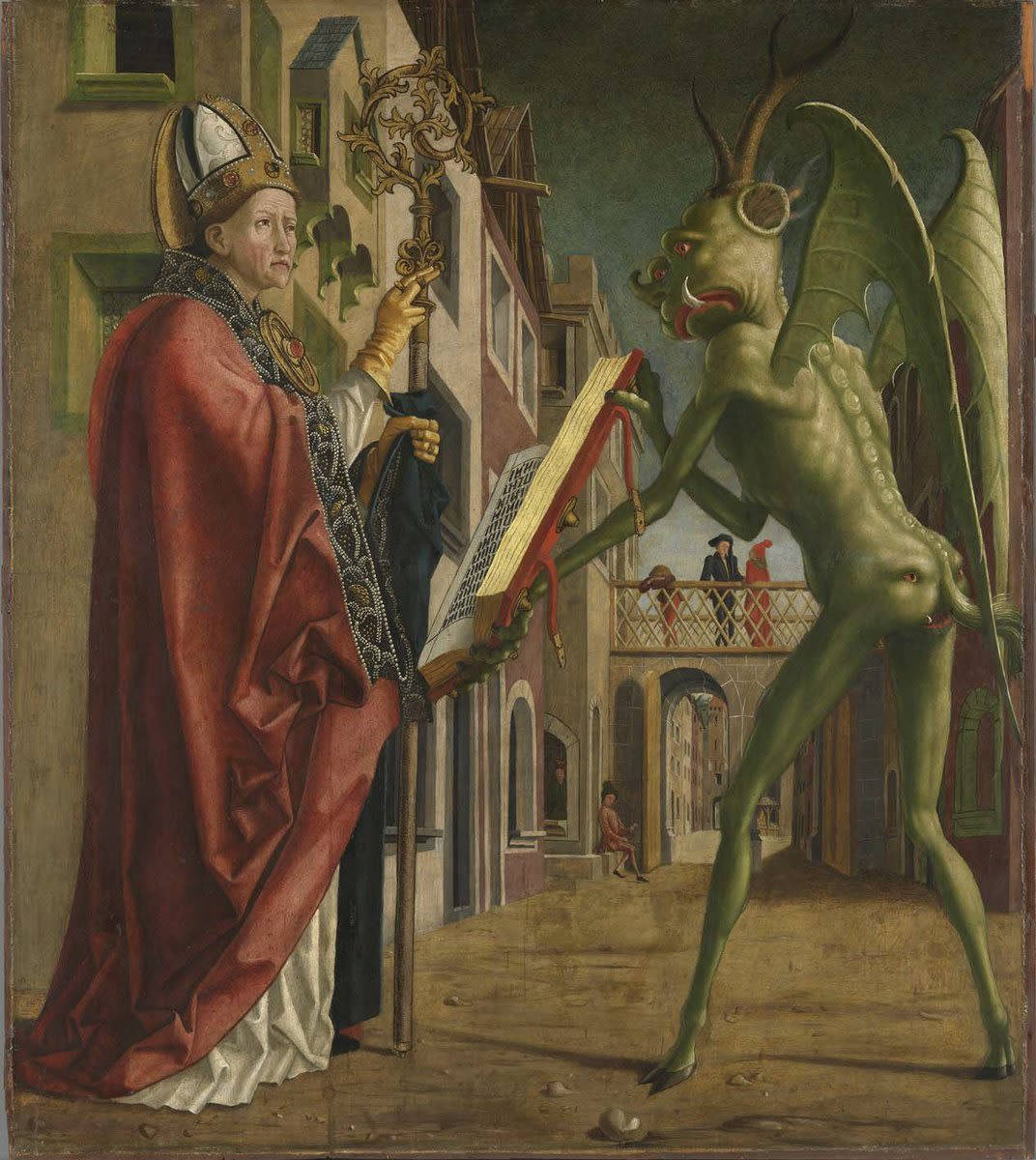 The scribes who had come down from Jerusalem were saying, ‘Beelzebul is in him’ and, ‘It is through the prince of devils that he casts devils out.’ So he called them to him and spoke to them in parables, ‘How can Satan cast out Satan? If a kingdom is divided against itself, that kingdom cannot last. And if a household is divided against itself, that household can never stand. Now if Satan has rebelled against himself and is divided, he cannot stand either – it is the end of him. But no one can make his way into a strong man’s house and burgle his property unless he has tied up the strong man first. Only then can he burgle his house.

‘I tell you solemnly, all men’s sins will be forgiven, and all their blasphemies; but let anyone blaspheme against the Holy Spirit and he will never have forgiveness: he is guilty of an eternal sin.’ This was because they were saying, ‘An unclean spirit is in him.’

The Gospel reading of today talks about Satan, Beelzebul, evil and unclean spirits. Jesus takes on the forces of evil during His ministry and the powers of darkness cannot master Him. At the same time, we hear about the scribes already plotting against Jesus and spreading malicious stories.

Depictions of hell, Satan and evil were not very prominent in art history until the 14th century, when the plaque, famine, wars, black death etc swept throughout Europe and some explanation for the destructive ‘evil’ needed depicting. Satan started being portrayed in beastly form but with human qualities, as a cautionary tale for illiterate church goers. Paintings, such as ours by Michael Pacher, made around 1471, must have scared the viewers and therefore prompted to scare people away from evil temptations.

Our painting depicts Saint Augustine literally in the face of evil, in front of Satan. This painting made the point, that anyone can and will get tempted by the devil. Even the saints. Throughout the Middle Ages, when this painting was produced, the depictions of Satan portrayed him as an aggressive, malignant, evil force set on tormenting as many human souls as possible… even Saint Augustine. It is this what Jesus is warning us about today, that Satan is not just a passive onlooker, but he has an active role, trying to steal souls and unsettle us. But Jesus is also saying that evil is not necessarily something overtly monstrous. Evil can can be very subtle, and on the surface appear very appealing and attractive.

This reflection reminds me that I need to read “The Screwtape Letters” again. C. S. Lewis does a masterful job describing the works of the devil.

Where is Satan today? Big question. I was talking to a young niece at the weekend and she said she found Christianity most unappealing – illiberal, hard sexual rules, outmanoeuvered by Darwin, stuck in the past. Familiar claims but she, and most of her generation, are rejecting the Christian message on a superficial look without ever actually looking at the teachings of Jesus!!! It’s very uninformed.

I know it can be disheartening Charles to hear the next generations be uninformed, but be encouraged that just like in 1 Kings 19 where the Prophet Elijah felt like he was the only one serving God, the Lord told him there were 7,000 more who were too. Today, we have waves of youth across the globe who have heard the Good News and are in love with Jesus. Keep praying for your niece’s salvation and having these types of conversations with her. It’s the Lord’s Lovingkindness that draws people to Him (Romans 2:4) and how awesome that you have the opportunity to participate in being His Hands & Feet in bringing His Message of Love to her. Partner with the Holy Spirit with prayer and intentionality and show her through your patience and kindness His Love.

Thank you Tiffany. What particularly worries me is that they don’t seem particularly interested in ‘the deeper life’. This day is enough for me is the message I’m getting from a lot of young people. If they were all converting to another faith then maybe that would be understandable but a lack of interest in the supernatural, transcendence, eternity etc seems strange?
A big subject I know….

Yes, Charles. Incomprehensible. Indifference is worse than hate, is even the opposite of love.

Jesus understood the nature of evil and if He is warning us, then we should definitely take heed!
I am doing a course on Bosch, so all these depictions of devils can make us think they are just ugly ‘characters’
Art (as much as I love it) can mislead us into thinking ugly means evil when in life, it’s far from true, so we should beware and keep on that narrow path.

Why you would be tempted by something so ugly I don’t know! It is certainly frightening. Satan is far more subtle these days though, and he worms his way in without us really noticing what’s going on. I say the Saint Michael prayer every day since I was made aware of some very evil forces working in my everyday life. It is a constant fight.

Jesus summoned those he wanted and appointed tw...