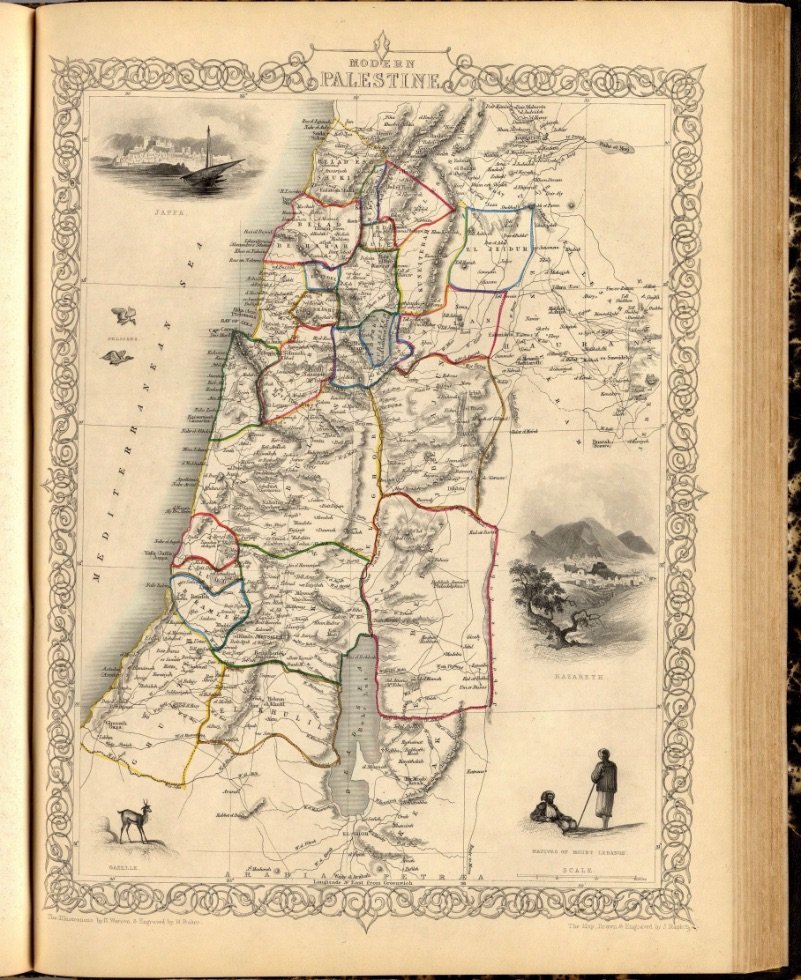 Reflection on the Palestine Cartography

We sometimes tend to forget how much Jesus travelled in order to spread the Good News. Today’s  short Gospel reading starts with telling us that Jesus travelled to Judaea, Jerusalem, Idumaea, Transjordania and the region of Tyre and Sidon. That is a lot of traveling! Looking at this map of Ottoman Palestine in 1851, we see most of these places on the map. And it is a rather large area!

Yes Jesus traveled extensively. We don’t know exactly all the places he went to or how many miles He walked, but it was substantial territory that He covered during His three year ministry. Today’s reading is a good witness of that. He was keen to spread the message everywhere around Him. Yes, people were flocking to Him to hear Him speak. So He could have easily found a base somewhere and let people come to Him. But no, He wanted to get up, travel, explore new countries, new cities, new people and make the point that He came for everyone. This is a major point as well for when early debates were arising in the Early Church to resolve the question: did Jesus come just for the Jewish people or also for the non-Jews, the Gentiles? The travels of Jesus and His relentless marching towards new people proves the point that the Christian faith was there for everyone, not just for the Jewish people.

Our image of today, a beautiful map, is a great example of cartography. Cartography is the art and science of making maps. The oldest known maps are preserved on Babylonian clay tablets from about 2300 B.C. Whilst cartography was considerably advanced in ancient Greece, it was during the Medieval period, that maps were dominated by religious views and Christian centres were highlighted. With the invention of printing, maps were much more widely available from the beginning in the 15th century, and the art form boomed. The creative interplay between map making and the Christian faith is a whole fascinating area of study in itself.

Jesus travelled without any such maps, finding His way. We now have Him as our map, our compass… to find our way to our Ultimate Destination…

Is it against the law on the sabbath day to do ...