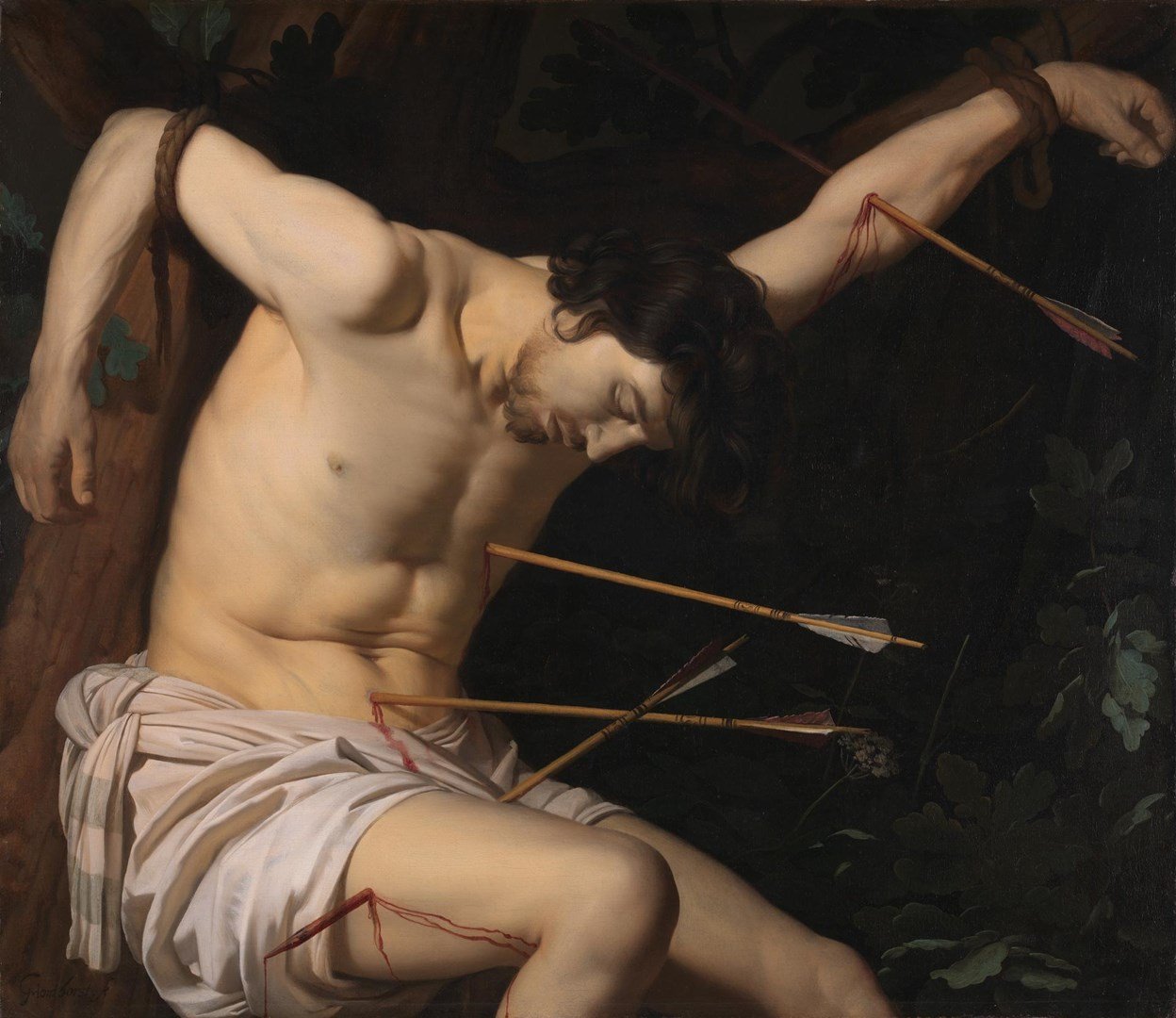 Today we celebrate the feast of Saint Sebastian (256-288AD). In our painting by Gerrit van Honthorst (1592-1656), we see an almost lifeless Saint Sebastian pierced by four arrows. The arrows through his leg seems to come into our space with blood dripping from the pointed tip. Sebastian was a Roman centurion who converted to Christianity. When the authorities heard about his conversion, the Roman Emperor Diocletian ordered Sebastian’s fellow soldiers to tie him to a post and kill him with arrows. Miraculously, the arrows did not kill him. The widow of Castulus, Irene of Rome, went to retrieve his body to bury it, but discovered he was still alive. She brought him back to her house and nursed him back to health.

Saint Sebastian later confronted the Emperor Diocletian himself and harangued him about his cruelties against Christians. This freedom of speech from a person who was supposed to be dead, greatly astonished the emperor. Diocletian subsequently gave orders for Sebastian to be seized and beaten to death, and his body thrown into the sewers of Rome. A pious lady, named Lucina, admonished by the martyr in a vision, then privately collected the body and buried it in the catacombs at the entrance to the cemetery of Calixtus, where now stands the Basilica of Saint Sebastian, in which is also to be found Bernini’s Salvator Mundi bust of Christ.

Our Gospel reading today shows how much Jesus’ reputation had grown throughout the region. His magnetism attracted so many people not only there and then, but also through the ages. It is this same magnetism of Christ which inspired Saint Sebastian to give his life for Him.

He appointed twelve to be his companions