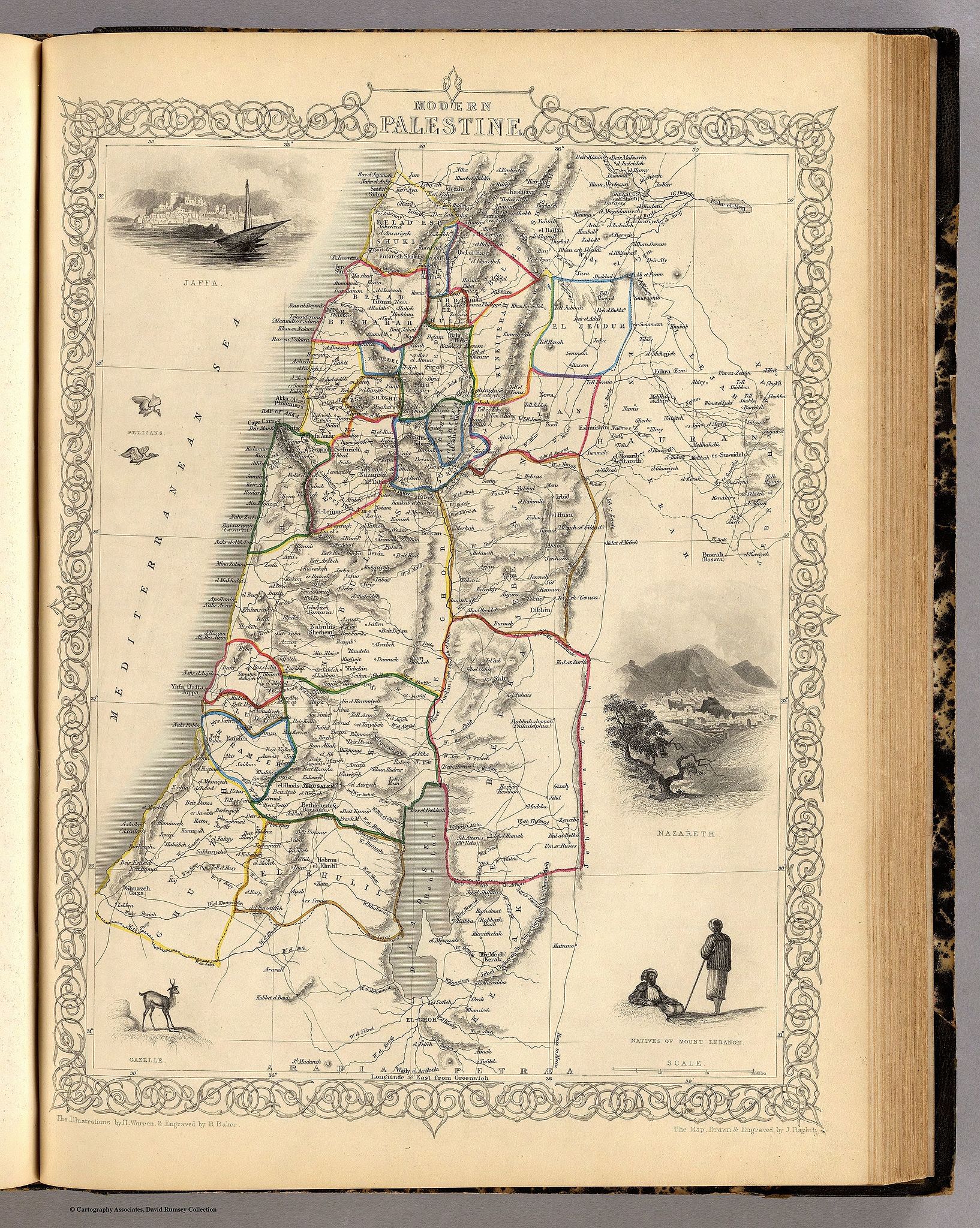 Reflection on the Cartography of Palestine

We sometimes tend to forget how much Jesus travelled in order to spread the Good News and how much people travelled to see Jesus. Today’s  short Gospel reading starts with telling us that people came from Judaea, Jerusalem, Idumaea, Transjordania and the region of Tyre and Sidon to hear what Jesus had to say. That is a lot of travelling! Looking at this map of Ottoman Palestine in 1851, we see most of these places on the map.

We don’t know exactly all the places Jesus travelled to or how many miles he walked, but he covered substantial territory during his three-year ministry. He was keen to spread the message everywhere around him. Jesus could have easily found a base somewhere and let people come to him, but no, he wanted to get up, travel, explore new places, new cities and new people. This is a major point as well for when debates were arising in the Early Church to resolve the question: did Jesus come just for the Jewish people or also for the non-Jews, the Gentiles? The travels of Jesus and His relentless marching towards new people would help prove the point that the Christian faith was there for everyone, not just for the Jewish people. Note also how the few non-Jews with whom Jesus interacted receive special mention in the gospels.

Our image of today, a beautiful map, is a great example of cartography. Cartography is the art and science of making maps. The oldest known maps are preserved on Babylonian clay tablets from about 2300 B.C. Whilst cartography was considerably advanced in ancient Greece, it was during the Medieval period that maps developed extensively. Often Christian centres were highlighted. With the invention of printing, maps were much more widely available from the beginning in the 15th century, and the art form boomed. The creative interplay between map making and the Christian faith is a whole fascinating area of study in itself.

I find it amazing how normal it was in biblical times to talk about and consider the supernatural. I have been pondering it in my own spiritual life lately. The existence of angels, demons, supernatural healing. As a Westerner I have lost sight of this fact where as the Church in Africa, Asia, or Latin America, the expectation of the miraculous is taken for granted. I am just trying to be more aware that I do have a Guardian Angel and that miraculous healings should be expected.

Looking at the map, one has the sense that the engraver loved producing the work. People must have loved Jesus when he cured them. I imagine the scene around Jesus must have been quite chaotic, so many people wanting his attention; all in contrast to the quiet lucidity of the map.

I think it important for all Christians to visit the Holy Land. You can see the places that Jesus went to and get an idea of the deserts and oases and the ancient towns that he visited. Jericho is the oldest continually occupied town in the world! The deserts are really deserty! The mountain where the devil showed Jesus all the kingdoms of the world is really high! A visit to the Holy Land is called the fifth gospel for good reasons.

I went to Israel about 42 years ago. I came away thinking a lot about the rock, the water, and the light. Then I noticed how often they were mentioned in the gospels.

I for one would love to go but circumstances prevent this. Meanwhile I see the Holy Places on Youtube videos which are really interesting, especially at festival times. However there are so many other places of pilgrimage which can bringer us nearer to God, and some of these may be very close. We really don’t need to travel far to find God in all His abundance… Good to have you back Charles!

I have always been a lover of maps- I find all maps fascinating, so thank you for this one too. I shall pray today for the peoples in this war torn region, some of whom still suffer terribly.
The Roman Empire made travel relatively easy and, of course, people walked everywhere far more than we do today. This is evident in the Gospel. I need to walk more, thanks for the reminder!

Today’s Gospel makes me think about immigrants and tourists.
I’ve seen both sides of those, and often, in my flaw humanity, I see the bad of it often than the good. I’ve seen people traveling in masses looking for a better chance demanding authorities for benefits, polluting and stealing in their way as if they don’t care about others but themselves. I’ve seen tourists killing 20 starfish at once just to take a picture with them or throwing garbage anywhere, as is not their home.
I’ve seen also grateful people that thanks any opportunity.
When I travel I have the idea that you should have the least impact possible or leave it better than it was (as is their home) but is hard for me to reconcile the idea that others don’t think like that.

I agree Adriana.
Jesus took the message of salvation to these places, so he left it better than when he arrived.
Wherever I visit I think of myself as a guest and try to behave accordingly.

The man with the withered hand