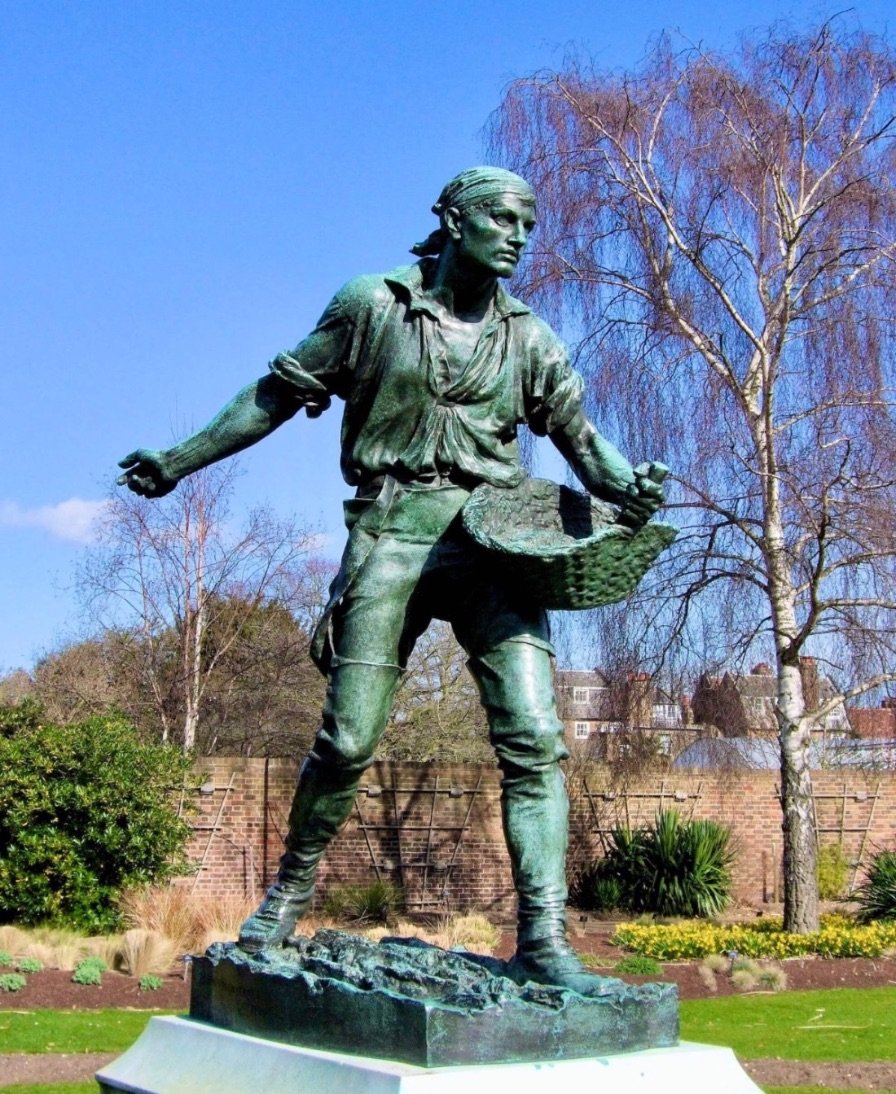 Imagine a sower going out to sow

Reflection on the Bronze Sculpture

Sir William Hamo Thornycroft was an English sculptor responsible for some of London’s best-known statues and was one one of the youngest members of the Royal Academy ever. He was the leading figure in a movement called New Sculpture,  which provided a transition between the neoclassical styles of the 19th century and its later fin-de-siècle, modernist evolution. Our sculpture today, photographed at Kew Gardens, London, shows a male figure wearing a loose shirt, trousers and leggings, striding forward over freshly ploughed earth, carrying a basket from which he casts the seed. He is focussed, moving forward with strength and determination, to sow the seeds.

When choosing a work of art for the parable of the sower, the first work that comes to mind is often Van Gogh’s Sower. Throughout history this parable is one favoured by many artists. I often wondered why that is? The Parable of the Sower is a vivid story that illustrates profound truths about the condition of our hearts and our responsibility to share the Gospel as often and widely as possible. I guess it is the fact that this parable reveals the heart of the listener, just like art talks to the heart as well. Also, just like artwork has to depict or represent something, even when abstract, parables make the conceptual a little more concrete.

Just like artists when they talk about their art, Jesus didn't explain everything in complete detail. He expected His listeners and subsequent Gospel readers (us) to do some of the work. If Jesus would have filled in all the blanks for everyone, it wouldn't have been as poignant and relevant. Just like when we look at art, parables challenge the listeners and readers to make the connection between the story and its Truth. The ‘Ah yes, I get it now’ moment occurs when we make that connection! Same with art, when you ‘get’ the picture or the artwork, beauty is revealed!

The Seed falls in Four Places

The shrub puts out big branches so that the bir...

The kingdom of God is a mustard seed growing

A lamp is to be put on a lampstand