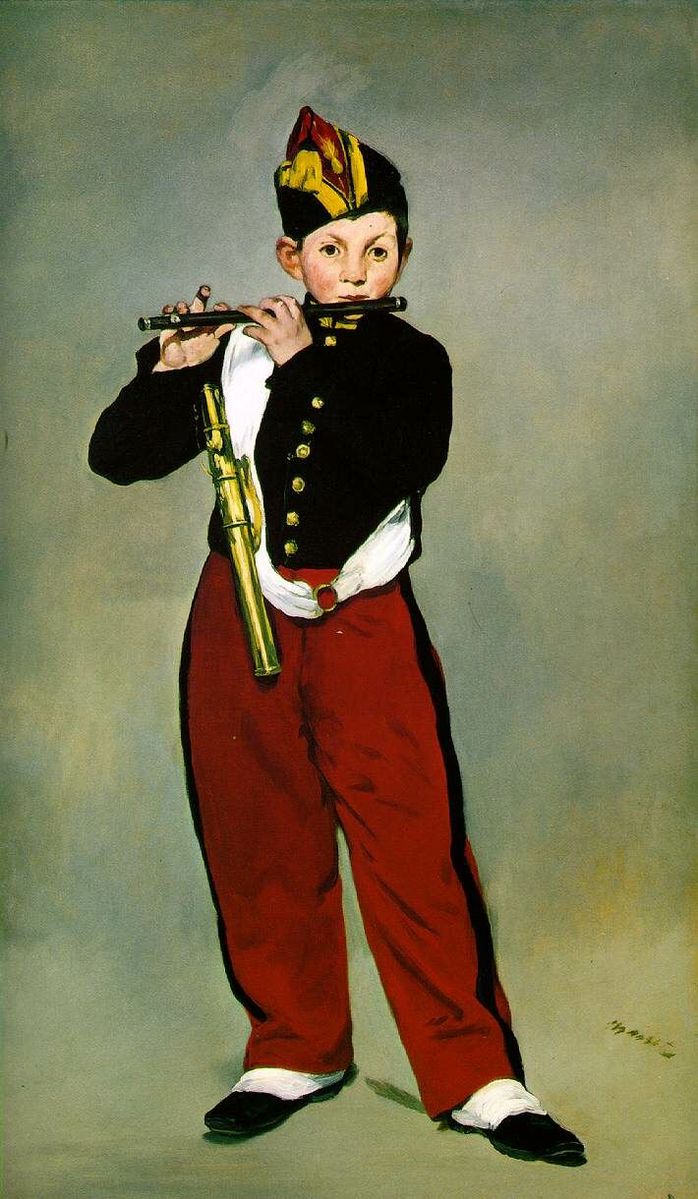 Jesus spoke to the crowds: ‘What description can I find for this generation? It is like children shouting to each other as they sit in the market place:

Édouard Manet travelled to Spain in 1865, where he was mesmerised by a painting by Diego Velazquez at the Prado in Madrid. Upon his return to Paris in 1866, he began work on a new painting inspired by Velazquez, depicting an anonymous regimental fifer of the Spanish army. Manet presents the uniformed boy, in a manner that imitates and inverts the formula of Vélazquez's court portraits, against a flattened, monochrome background of neutral tone, thus frustrating attempts for the viewer to assess the figure's true size or importance. It is all about the young man joyfully playing, no distractions around him, and it isn’t important for us to know who he actually was. Just pure joy to look at this beautiful painting of a fifer joyfully playing.

Jesus in today’s Gospel reading is watching such joyful children having fun and play the pipes. The children playing in the marketplace might to most of us just be a normal scene we don’t pay much attention to… but for Jesus such scene offered a vivid image of life. Perhaps we too can take time to notice the small things in our lives, the incidental happenings, the joyful scenes around us, and listen to what God may be saying to me in them.

The Son choses to reveal Him

Jesus began to reproach the towns

I am gentle and humble in heart

Feast of Our Lady of Mount Carmel