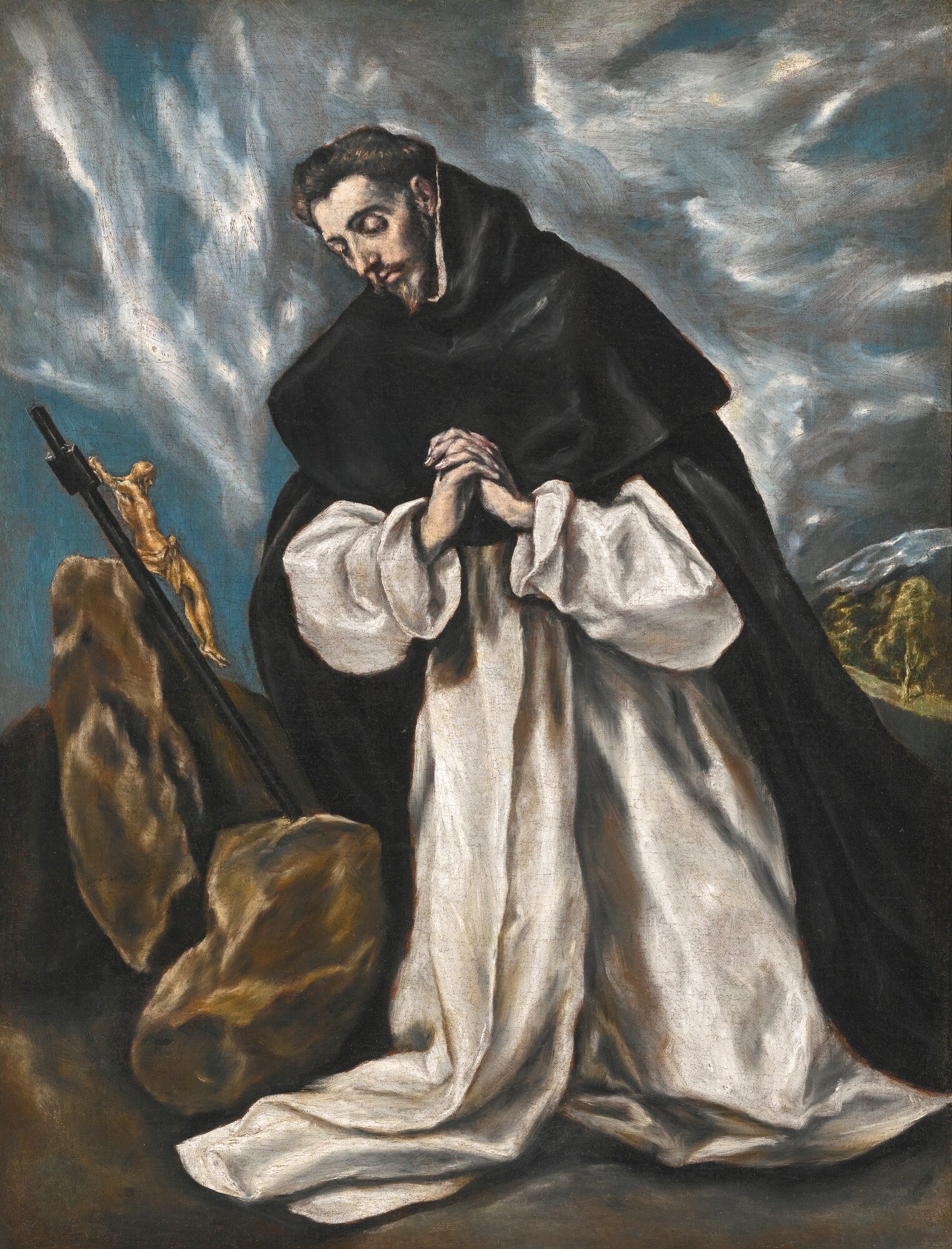 A man came up to Jesus and went down on his knees before him. 'Lord,' he said 'take pity on my son: he is a lunatic and in a wretched state; he is always falling into the fire or into the water. I took him to your disciples and they were unable to cure him.' 'Faithless and perverse generation!' Jesus said in reply 'How much longer must I be with you? How much longer must I put up with you? Bring him here to me.' And when Jesus rebuked it the devil came out of the boy who was cured from that moment.

Then the disciples came privately to Jesus. 'Why were we unable to cast it out?' they asked. He answered, 'Because you have little faith. I tell you solemnly, if your faith were the size of a mustard seed you could say to this mountain, "Move from here to there," and it would move; nothing would be impossible for you.'

Today we celebrate the feast of Saint Dominic. Born in 1170 to a family of Spanish nobility, he was well educated and studied for 10 years at the University of Palencia. Already during that period it was reported how concerned he was with the well-being of others over his own needs, especially the poor. He once sold his own books (which were considered to be items of luxury, before the printing press), to generate money for the poor. But God even had bigger plans for Dominic… founding a new religious order with the mission to combat the many heresies that were around at the time and to help spread the true doctrine of the Church. Saint Dominic's cheerfulness and joyousness are characteristics remarked upon by a number of people who knew him. I would imagine the vivacity of his spirit in founding a new order must have been truly inspiring.

Our Painting by El Greco depicting Saint Dominic in prayer was sold at Sotheby's 7 years ago for £9.1 million. It is a beautiful painting in its restrained use of colours. When we think of El Greco, we think of vibrant, luminous colours. Here we simply have greys, whites and some brown tonalities for the cross and the rocks. Few devotional works in the late 16th century would have been painted with such immediacy. Even the composition carries this sense of capturing Saint Dominic in the middle of a spontaneous prayer: simply dressed in his black and white habit, Saint Dominic is seen in a moment of quiet reflection in the wilderness, kneeling in prayer before a simple crucifix hastily propped up against a rock. The painting evokes a sense of the spontaneity of prayer which is moving.

Saint Dominic, pray for us.

Elijah has come already and they did not recogn...

Jesus was transfigured in the presence of James...

I tell you that Elijah has come already

You could say to this mountain, "Move from here...