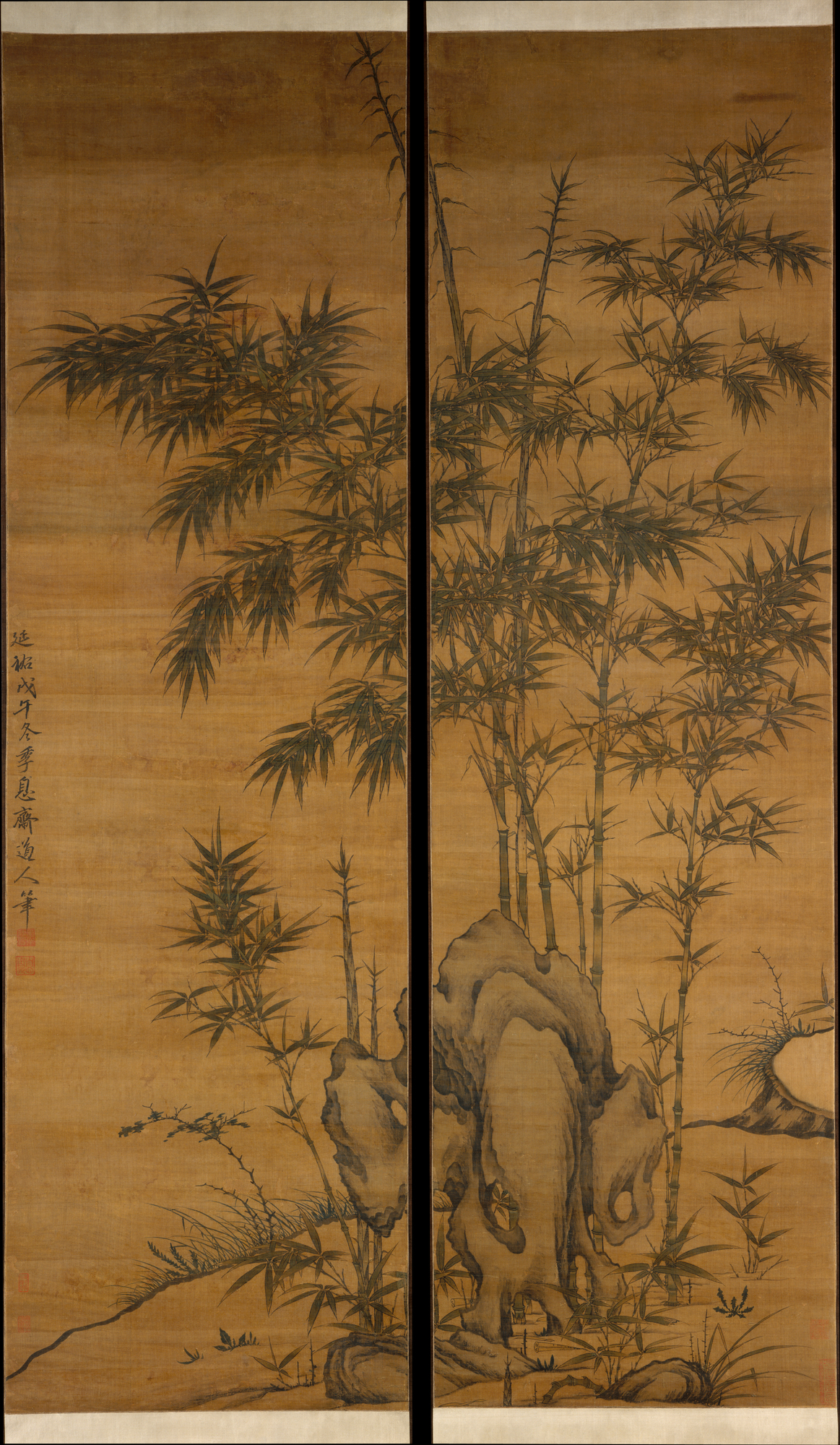 The man who stands firm to the end will be saved

Jesus said to his disciples: ‘Take care that no one deceives you; because many will come using my name and saying, “I am the Christ,” and they will deceive many. You will hear of wars and rumours of wars; do not be alarmed, for this is something that must happen, but the end will not be yet. For nation will fight against nation, and kingdom against kingdom. There will be famines and earthquakes here and there. All this is only the beginning of the birth-pangs.

‘Then they will hand you over to be tortured and put to death; and you will be hated by all the nations on account of my name. And then many will fall away; men will betray one another and hate one another. Many false prophets will arise; they will deceive many, and with the increase of lawlessness, love in most men will grow cold; but the man who stands firm to the end will be saved.’

Reflection on the Chinese hanging scrolls

Today’s Gospel reading is not an easy read. Jesus is warning that before his Second Coming, there will be wars, counterfeit messiahs, famines, betrayals, earthquakes, martyrdom, false prophets, growing evil, lawlessness, etc… ‘But the one who stands firm to the end will be saved,’ says Jesus. Thus he calls us to faithfulness and persistence. Persistence shows that we are serious about our desires to be close to God.

I want to share with you a story about a bamboo tree’ that teaches a good lesson about persistence and faith:
A man got frustrated with life. Despite all the hard work and effort, failure was all that he experienced. Feeling defeated with life, he left everything and exiled himself in the woods. There he met a hermit. The disappointed man shared his failure with the hermit. ‘Give me one good reason not to quit!’ he pleaded with the hermit.
“‘Look,’ the hermit said, pointing toward two plants. ‘Do you see that fern and bamboo there?’
“‘Yes,’ the man nodded.
“‘When I planted the fern and the bamboo seeds, I took very good care of them. I gave them water, light, and fertiliser. Within a short period of time, the fern quickly grew from the earth,’ the hermit continued. ‘But despite the bamboo seed being watered and nurtured for years, it did not outwardly grow as much as an inch. In fact, nothing at all happened in the first year. There was no sign of growth. But, I did not give up on the bamboo seed and continued to water and nurture it. By the fifth year, a tiny sprout emerged from the earth. And within six months, the tree grew a hundred feet tall.’

‘So, did the bamboo tree lay dormant for four years only to grow exponentially in the fifth?’ the hermit asked. Baffled by the question, the man kept quiet. ‘The answer is quite obvious. The little tree was growing underground, developing a root system strong enough to support its potential for outward growth in the fifth year and beyond. Had the tree not developed a strong foundation, it would not have sustained its life as it grew.’

Our Chinese hanging scroll from 1318 is by Li Kan. He was a northern Chinese who entered the service of the Mongol government at an early period and rose to a high position in the Yuan court. The author of an authoritative treatise on bamboo painting, Li stated that the painter must possess "the complete bamboo in [his] breast," and he urged statesmen to take up bamboo painting to discipline their minds and expand their breadth of vision and steadfastness.

You will hear of wars and rumours of wars

The Son of Man is coming

Take care that no one deceives you