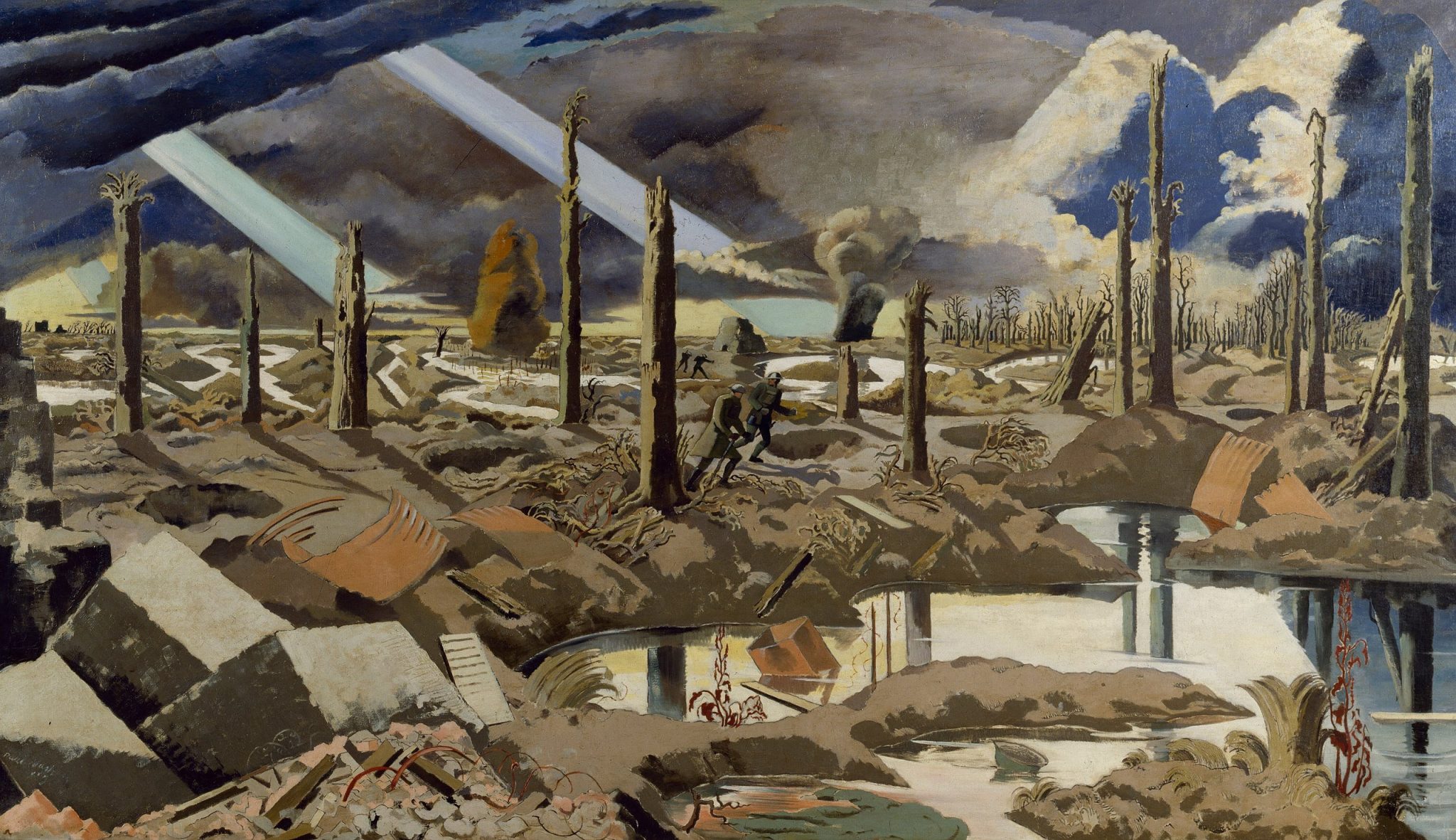 Love your enemies and pray for those who persecute you

Jesus said to his disciples: ‘You have learnt how it was said: You must love your neighbour and hate your enemy. But I say this to you: love your enemies and pray for those who persecute you; in this way you will be sons of your Father in heaven, for he causes his sun to rise on bad men as well as good, and his rain to fall on honest and dishonest men alike. For if you love those who love you, what right have you to claim any credit? Even the tax collectors do as much, do they not? And if you save your greetings for your brothers, are you doing anything exceptional? Even the pagans do as much, do they not? You must therefore be perfect just as your heavenly Father is perfect.’

After yesterday’s war painting by John Singer Sargent, I would like to share another battlefield canvas with you, painted also in 1919. Our artist, Paul Nash, received the commission for this work from the Ministry of Information in April 1918. It was originally to have been called 'A Flanders Battlefield'. We see two soldiers on a devastated battlefield with rain-filled shell-holes, flooded trenches and shattered trees, lit by unearthly beams of light from an apocalyptic sky. All the leaves of the trees are gone and some trees are reduced to stumps. The foreground closest to the viewer is filled with concrete blocks, barbed wire and corrugated iron, while columns of mud from artillery fire rise up in the background. This huge painting (182.8 cm × 317.5 cm; 72 in × 125 in.) shows the utter devastation that war brings.

Imagine a soldier in such a setting reading the words of  today’s Gospel, especially ‘But I say this to you: love your enemies and pray for those who persecute you’. An almost impossible task, right?

Many of us would be hard pressed to think of someone who could be described as our enemy.We think that that term is applicable only to war situations or to people we intensely dislike. Yet if we broaden the scope of who an enemy might be and include people who have hurt us or who have upset us in some way, then maybe we can think of a few people?

OK: so now when Jesus asks us to love these people, he is not asking us to have warm, glowing, emotional feelings about them. No, he is appealing to our will rather than our feelings. At the very least, we can will the best for the people we don’t particularly like. And how do we do this? Jesus asks us to express it through prayer.

Thank you for sharing. Your years of experience give your words strong credibility.

Great painting! We saw an exhibition of his brother’s work last year in Eastbourne. He wasn’t as gifted…

You must love your neighbour

Jesus went up the hill and taught them

Pray for those who persecute you