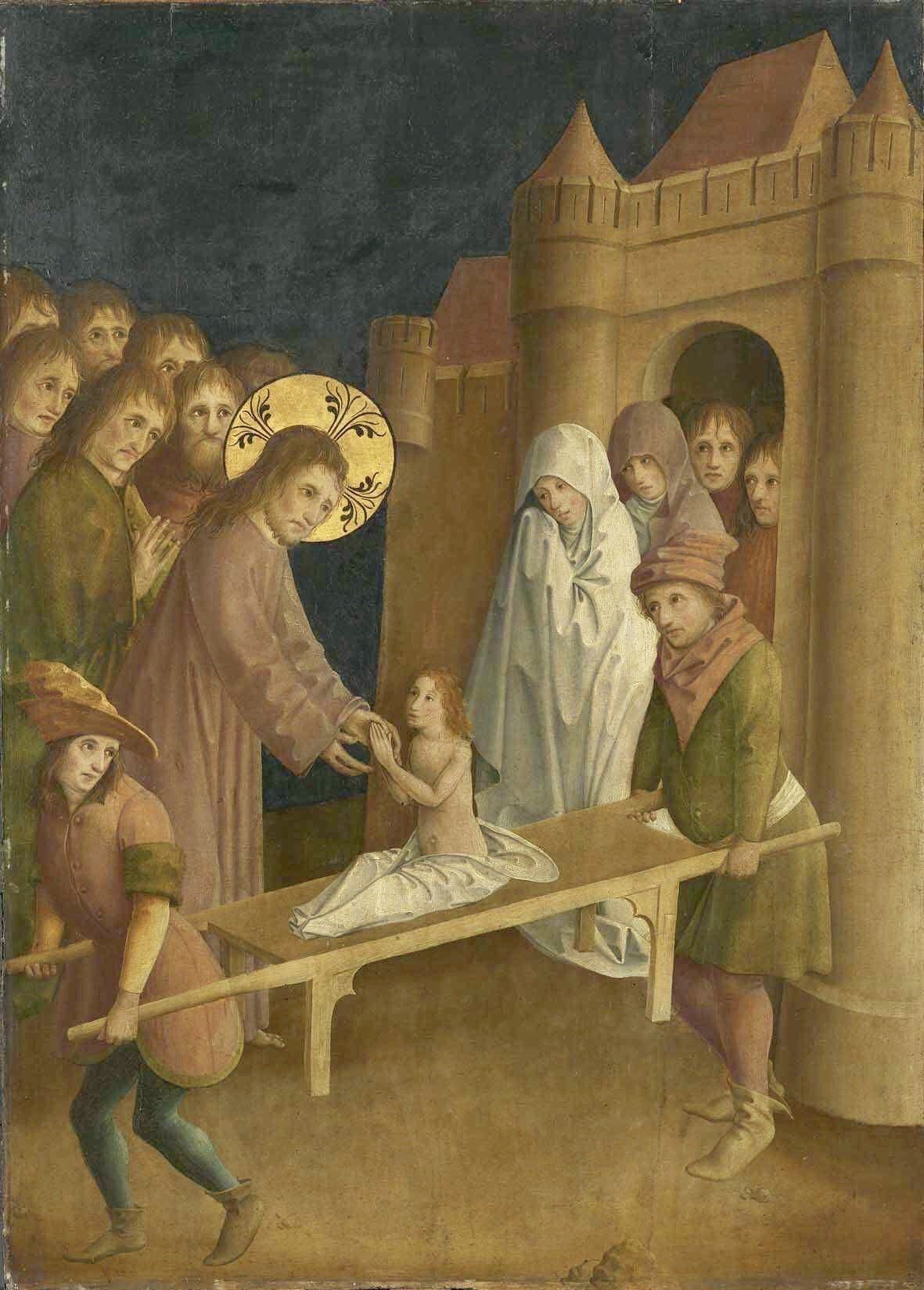 Jesus went to a town called Nain, accompanied by his disciples and a great number of people. When he was near the gate of the town it happened that a dead man was being carried out for burial, the only son of his mother, and she was a widow. And a considerable number of the townspeople were with her. When the Lord saw her he felt sorry for her. ‘Do not cry’ he said. Then he went up and put his hand on the bier and the bearers stood still, and he said, ‘Young man, I tell you to get up.’ And the dead man sat up and began to talk, and Jesus gave him to his mother. Everyone was filled with awe and praised God saying, ‘A great prophet has appeared among us; God has visited his people.’ And this opinion of him spread throughout Judaea and all over the countryside.

Today we meet a woman, struck by immense grief, as she lost her only son. Just imagine the deep sadness and despair she must have felt. Her son must have been her main source of joy, love and protection. She is simply called the ‘widow from Nain’. No name, no further details given… So she could really be any of us grieving…

…and right in that moment something unexpected happens, something out of the ordinary occurs… Jesus turns up and changes her life by telling her ‘do not cry’, followed by Him performing the miracle of bringing her son back to life. What does it teach us?: nothing, not even death, is beyond the powers of Christ. So if He can help the Widow of Nain in her most anxious times, then we too should put all our troubles, worries or problems before Him.

The painting is by the Master of the Darmstadt Passion (named on the basis of two altar panels that are attributed to him), one of the most accomplished painters in the Middle Rhine region at the time. The widow is shown dressed in white, not in black. Whilst she still weeps, her white cloak already shows that hope and purity of joy have been bestowed upon her. The son is basically an adult man, but depicted reduced in size, to show he was her ‘son’ and the younger one in this painting. The son has his hands prayerfully folded thanking the Lord, with Christ embracing his prayerful hands. The onlooking crowds, as described by Luke, were ‘filled with awe’ we can see the amazement expressed on their faces.

By putting our problems in front of Christ, we too puede y will be helped by Him!