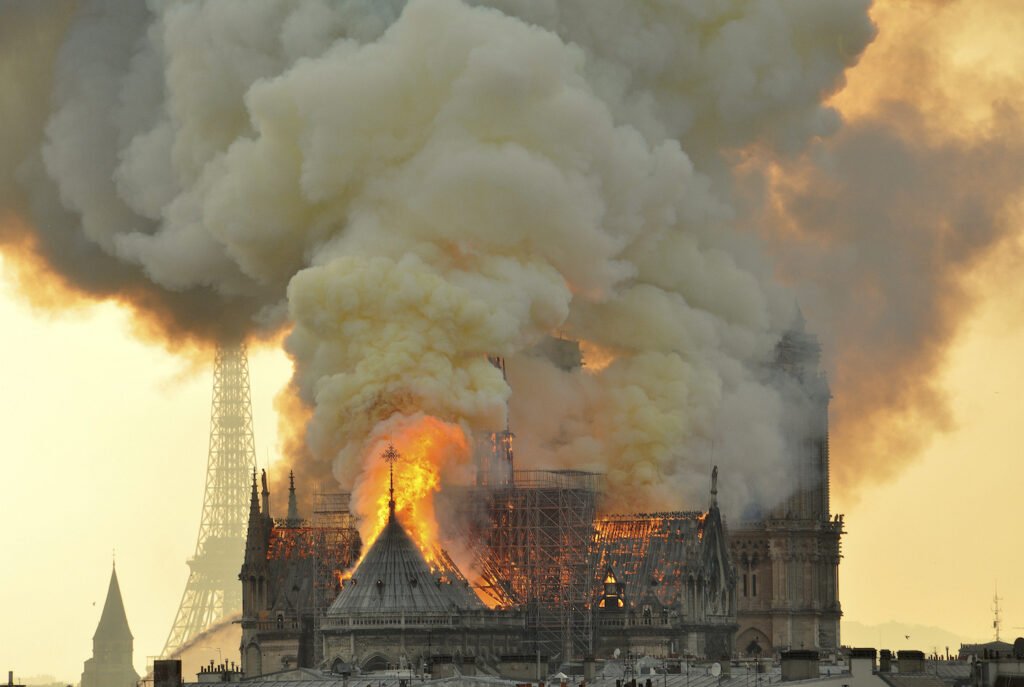 Time will come when not a single stone will be left

When some were talking about the Temple, remarking how it was adorned with fine stonework and votive offerings, Jesus said, ‘All these things you are staring at now – the time will come when not a single stone will be left on another: everything will be destroyed.’ And they put to him this question: ‘Master,’ they said ‘when will this happen, then, and what sign will there be that this is about to take place?’

‘Take care not to be deceived,’ he said ‘because many will come using my name and saying, “I am he” and, “The time is near at hand.” Refuse to join them. And when you hear of wars and revolutions, do not be frightened, for this is something that must happen but the end is not so soon.’ Then he said to them, ‘Nation will fight against nation, and kingdom against kingdom. There will be great earthquakes and plagues and famines here and there; there will be fearful sights and great signs from heaven.’

Reflection on the Cathedral Fire

n April this year, all of us were shocked and saddened seeing the images of Notre Dame de Paris burning. Built on the Île de la Cité which divides the great banks of the Seine, it originally held a site of a Gallo-Roman temple dedicated to Jupiter. From 1163 onwards, the pagan temple was replaced with the Gothic masterpiece of Notre Dame which took over 200 years to complete. The distinct bell towers have tolled down the ages in celebration of royal weddings, papal visits, coronations, the beatification of Joan of Arc, the funeral of General de Gaulle, and probably one of the more recent events, when the liberation of Paris was celebrated in 1944 with the singing of the Magnificat inside the church walls. The building has thus become one of the most widely celebrated and recognised symbols of the city of Paris and the French nation as a whole. A religious building, still symbolic for a nation.

Numerous articles have been written in the immediate aftermath of the fire, reflecting on the protection of our cultural heritage, the symbolism of the fire happening during Holy Week, the outpouring of good will towards a church building and the generosity of donations etc… For me, however sad the event was of course, there was great hope in it too. The fire may well signal a turning point, at least for the Church in France. The many beautiful, heartfelt reactions from people who wouldn’t even have identified themselves as being Christian before the fire, somehow made people reconnect with their Christian roots… and that these Christian roots matter. The fire reignited and rekindled a curiosity in their French, Christian roots. It is as if the fire made them recognise that in a highly secular country, not only the Nation was part of their identity, but also their Christian roots. So for us a Church, that gives great hope, and a great basis to build things on. Just like Notre Dame will be restored and rebuilt, in parallel the Church in France can reconnect and build a new Catholic momentum that sits alongside the physical restoration of the building.

The temple Jesus mentions in today’s Gospel reading, was built to honour God and as a place of worship, just like Notre Dame de Paris. Jesus asks us to be aware that these holy places should stay true to their meaning: places to worship God. May we hope for a successful, reverend restoration of Notre Dame, not only in appreciation of what previous generations have so carefully handed down to us, but also to restore the heart of worship of a Nation.