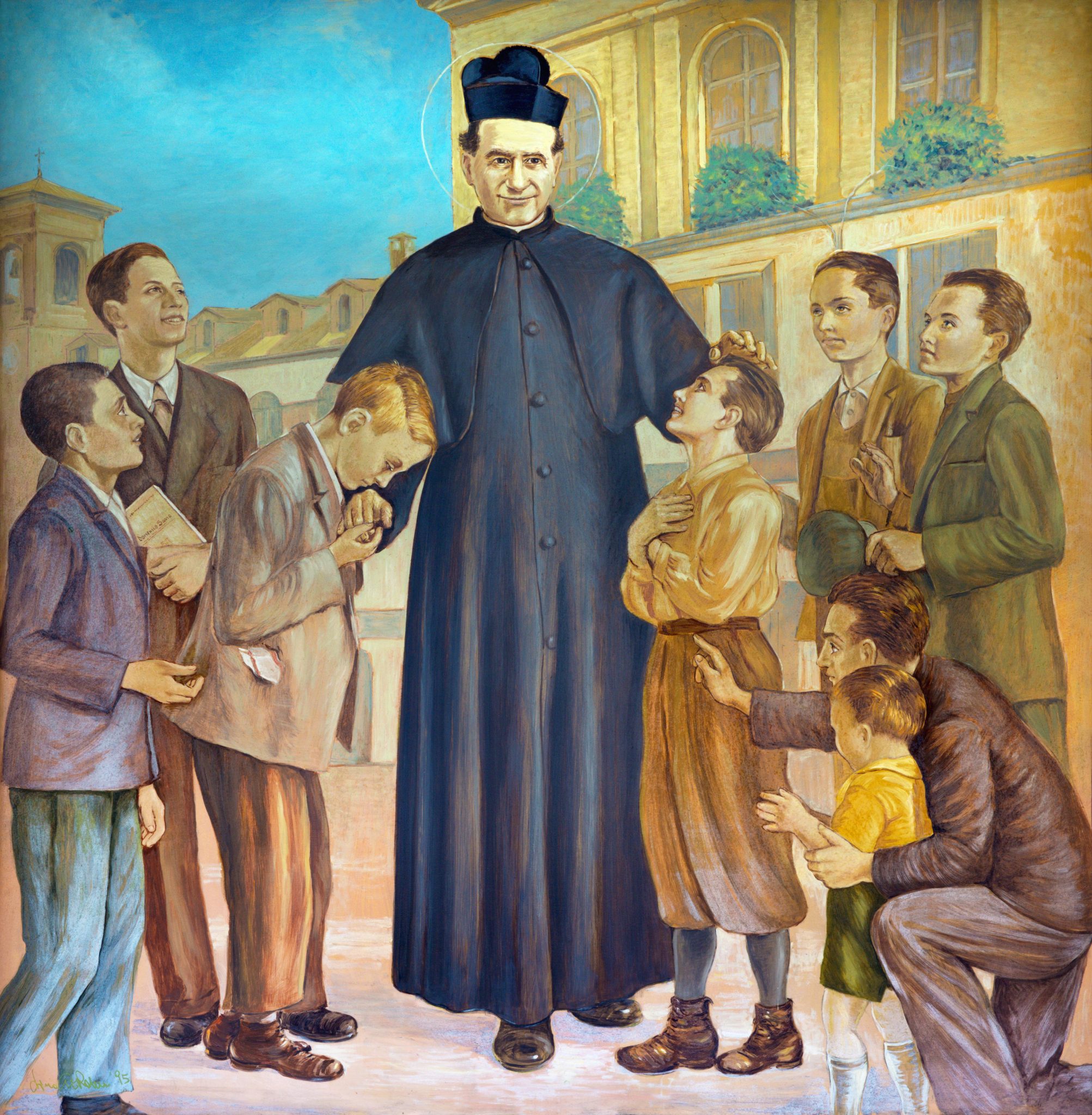 Jesus and his disciples reached the country of the Gerasenes on the other side of the lake, and no sooner had Jesus left the boat than a man with an unclean spirit came out from the tombs towards him. The man lived in the tombs and no one could secure him any more, even with a chain; because he had often been secured with fetters and chains but had snapped the chains and broken the fetters, and no one had the strength to control him. All night and all day, among the tombs and in the mountains, he would howl and gash himself with stones. Catching sight of Jesus from a distance, he ran up and fell at his feet and shouted at the top of his voice, ‘What do you want with me, Jesus, son of the Most High God? Swear by God you will not torture me!’ – for Jesus had been saying to him, ‘Come out of the man, unclean spirit.’ ‘What is your name?’ Jesus asked. ‘My name is legion,’ he answered ‘for there are many of us.’ And he begged him earnestly not to send them out of the district.

Now there was there on the mountainside a great herd of pigs feeding, and the unclean spirits begged him, ‘Send us to the pigs, let us go into them.’ So he gave them leave. With that, the unclean spirits came out and went into the pigs, and the herd of about two thousand pigs charged down the cliff into the lake, and there they were drowned. The swineherds ran off and told their story in the town and in the country round about; and the people came to see what had really happened. They came to Jesus and saw the demoniac sitting there, clothed and in his full senses – the very man who had had the legion in him before – and they were afraid. And those who had witnessed it reported what had happened to the demoniac and what had become of the pigs. Then they began to implore Jesus to leave the neighbourhood. As he was getting into the boat, the man who had been possessed begged to be allowed to stay with him. Jesus would not let him but said to him, ‘Go home to your people and tell them all that the Lord in his mercy has done for you.’ So the man went off and proceeded to spread throughout the Decapolis all that Jesus had done for him. And everyone was amazed.

Reflection on the Church Mural

Today we celebrate the Feast of Saint John Bosco (1815-1888). He was born in Northern Italy, which at the time had recently been embroiled in the Napoleonic Wars. Drought, famine and poverty took hold in the area. Aged 2, he lost his father. Wanting to be a priest from a young age, he required an education, which he lacked due to his family's  poverty. However, he was befriended by a priest who helped him to read and write and provided him a few books. Self-taught, John Bosco entered the seminary and, following six years of study and discernment, he was ordained a priest in 1841, aged 26. Sent by his Bishop to Turin, he started working with the poor and needy. His own mother helped a great deal in his ministry. By the 1860s, Father John Bosco and his mother were responsible for lodging over 800 poor children and providing them with food and education. In 1859, he established the Society of St. Francis de Sales. Saint John Bosco was canonised on Easter Sunday in 1934 and he was given the title ‘Father and Teacher of Youth.’

Our mural by Paolo Crida, at the Church of Basilica Maria Auxiliatrice, shows Saint John Bosco surrounded by children he would have helped out of poverty and set on their way to education and getting jobs. It is a tender portrayal of the saint.

I leave you with a quotation of Saint John Bosco, addressed to some teenagers in the 1860’s:

‘Look, you will soon face a dangerous crisis; the devil will try to ensnare you. To start with, he will tell you that frequent Communion is good for children, not for adults, and that once in a great while is quite enough for you. Then he will do his best to keep you from sermons by making you feel bored by God’s words. He will convince you that certain things are not sinful. Then you’ll have to tussle with friends and what they might say, with [dangerous] readings, with your own passions, and so on. Be on your guard. Do not let the devil rob you of that peace of mind and purity of soul which makes you God’s friends!'.

Saint John Bosco, pray for us.