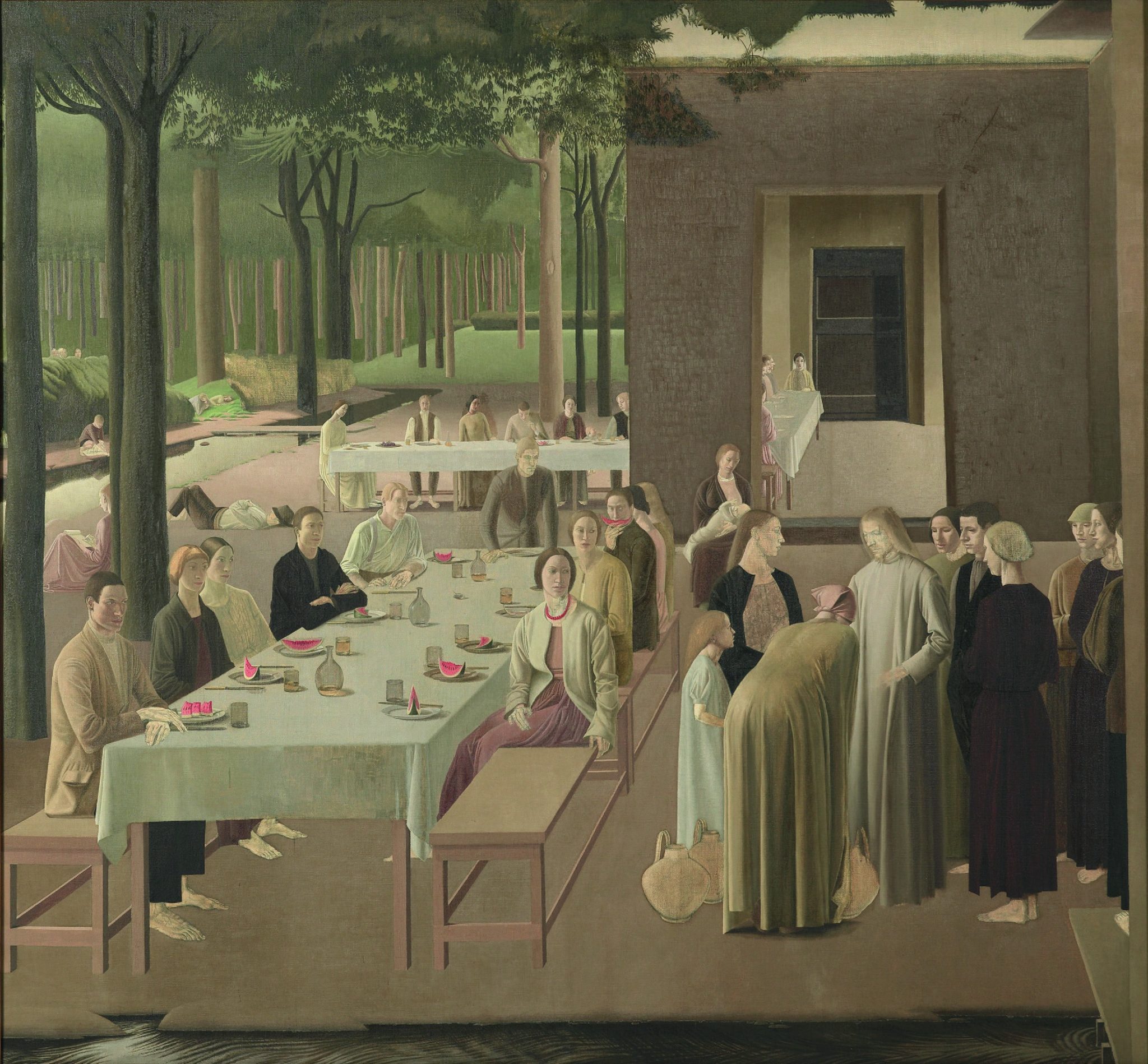 There was a wedding at Cana in Galilee. The mother of Jesus was there.

There was a wedding at Cana in Galilee. The mother of Jesus was there, and Jesus and his disciples had also been invited. When they ran out of wine, since the wine provided for the wedding was all finished, the mother of Jesus said to him, ‘They have no wine.’ Jesus said ‘Woman, why turn to me? My hour has not come yet.’ His mother said to the servants, ‘Do whatever he tells you.’ There were six stone water jars standing there, meant for the ablutions that are customary among the Jews: each could hold twenty or thirty gallons. Jesus said to the servants, ‘Fill the jars with water’, and they filled them to the brim. ‘Draw some out now’ he told them ‘and take it to the steward.’ They did this; the steward tasted the water, and it had turned into wine. Having no idea where it came from – only the servants who had drawn the water knew – the steward called the bridegroom and said, ‘People generally serve the best wine first, and keep the cheaper sort till the guests have had plenty to drink; but you have kept the best wine till now.’

This was the first of the signs given by Jesus: it was given at Cana in Galilee. He let his glory be seen, and his disciples believed in him.

Our painting by Winifred Margaret Knights, executed in 1923, is a more contemporary depiction of the Wedding at Cana, Jesus’ first miracle. The highly stylised sober outdoor setting, the muted colour palette and rigid architectural backdrop all give this a unique take on the subject. The most eye-catching details of this painting are the cheery slices of orange-pink watermelon, against the more sombre brown and green colour tonalities. The guests don’t seem to be speaking: they are mute. All eyes are on the miracle being performed. A number of people lie along the riverbank, oblivious to the events unfolding behind them. Winifred Margaret Knights was born in South London and, being a woman of faith, she was one of several British artists who participated in a revival of religious imagery in the 1920s, while retaining some elements of a modernist style.

A beautiful aspect of the story of the Wedding at Cana is the relationship between Jesus and his mother. There is a mutual respect and tender love. Mary is there not just as a mother, but also placing herself at her Son’s service. Jesus, for His part, addresses His mother as ‘woman’, which nowadays sounds a little odd, but at the time it was an honorary title to address one’s mother. The only time we will find Jesus addressing His mother again as ‘woman' in John’s Gospel is when Jesus is dying on the cross. He will say: ‘Woman, behold your son…’ (John 19:26). It was a crucial family moment where Jesus was asking of his best friend, John, to look after His mother. So in today’s Gospel of John, we see Mary’s role as mother of Jesus, about to be expanded to her being the mother of us all when we hear Jesus’ words at the cross.

This aspect of the womanhood of Mary is beautifully portrayed in our painting by our female artist. It carries a subtle, gentle, caring undertone.

Destroy this sanctuary, and in three days I wil...

Christ Driving the Money Changers from the Temple