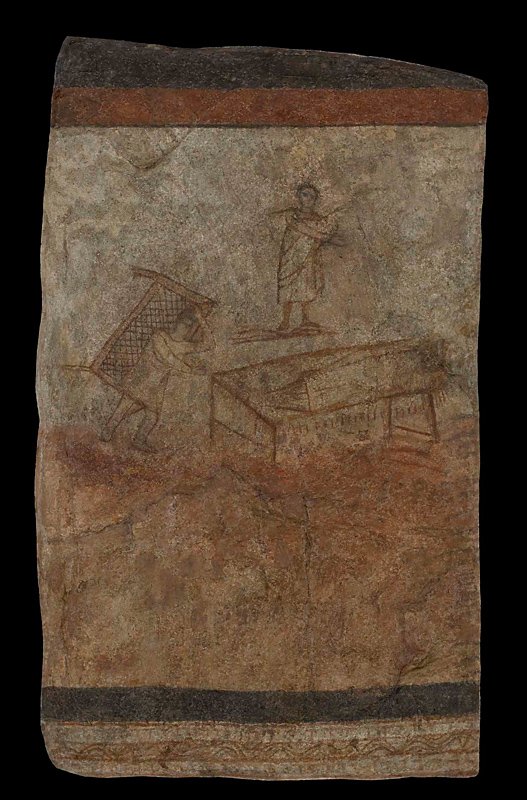 Jesus was teaching one day, and among the audience there were Pharisees and doctors of the Law who had come from every village in Galilee, from Judaea and from Jerusalem. And the Power of the Lord was behind his works of healing. Then some men appeared, carrying on a bed a paralysed man whom they were trying to bring in and lay down in front of him. But as the crowd made it impossible to find a way of getting him in, they went up on to the flat roof and lowered him and his stretcher down through the tiles into the middle of the gathering, in front of Jesus. Seeing their faith he said, ‘My friend, your sins are forgiven you.’ The scribes and the Pharisees began to think this over. ‘Who is this man talking blasphemy? Who can forgive sins but God alone?’ But Jesus, aware of their thoughts, made them this reply, ‘What are these thoughts you have in your hearts? Which of these is easier: to say, “Your sins are forgiven you” or to say, “Get up and walk”? But to prove to you that the Son of Man has authority on earth to forgive sins,’ – he said to the paralysed man – ‘I order you: get up, and pick up your stretcher and go home.’ And immediately before their very eyes he got up, picked up what he had been lying on and went home praising God.

Today we are looking at one of the earliest (if not il earliest) representation of a miracle in Christian art. This mural painting was found at Dura-Europos house, in Syria. It was a privately owned house, which became a small house of worship in the first half of the 3rd century. Alongside other mural paintings that were found in the house, they were removed soon after their discovery in 1921 and brought to the Yale University Art Gallery, in New Haven, Connecticut.

This mural decorated the walls of the baptistry in the house. As such it suggests that the story of the healing of the paralytic is a baptismal event. Just as Jesus raised the paralytic from his bed, so are we raised into a new life after our baptism.

We see Jesus as the central figure, pointing his hand over the paralytic man who has been lowered on the stretcher. On the left we see the man after being healed, walking away, joyfully carrying his stretcher. The figure of Jesus in this fresco is one of the the oldest we know. He is depicted wearing a tunic and already with a pallium (a woollen vestment consisting of a narrow circular band placed round the shoulders with a short lappet hanging from front and back). He is also wearing sandals and has short cropped hair. He is thus depicted as a youthful Teacher.

Today’s reading is a lesson in how we need to persist in our faith. Faith is about much more than just saying the right words. Faith ploughs through obstacles. Faith finds a way. Faith builds confidence that our effort is worthwhile and never goes unnoticed by Jesus. In our Gospel reading today, it shows that at times we need to be bold and persistent to get close to Jesus. We therefore cannot simply keep our faith as a private matter. No, we too need to burst through the roof and articulate our faith with our deeds. Faith is meant to be seen, lovingly shared,… a shining light in the darkness… which is exactly what Advent is about…

If you say so, I will pay out the nets

No one tears a piece from a new cloak to put it...