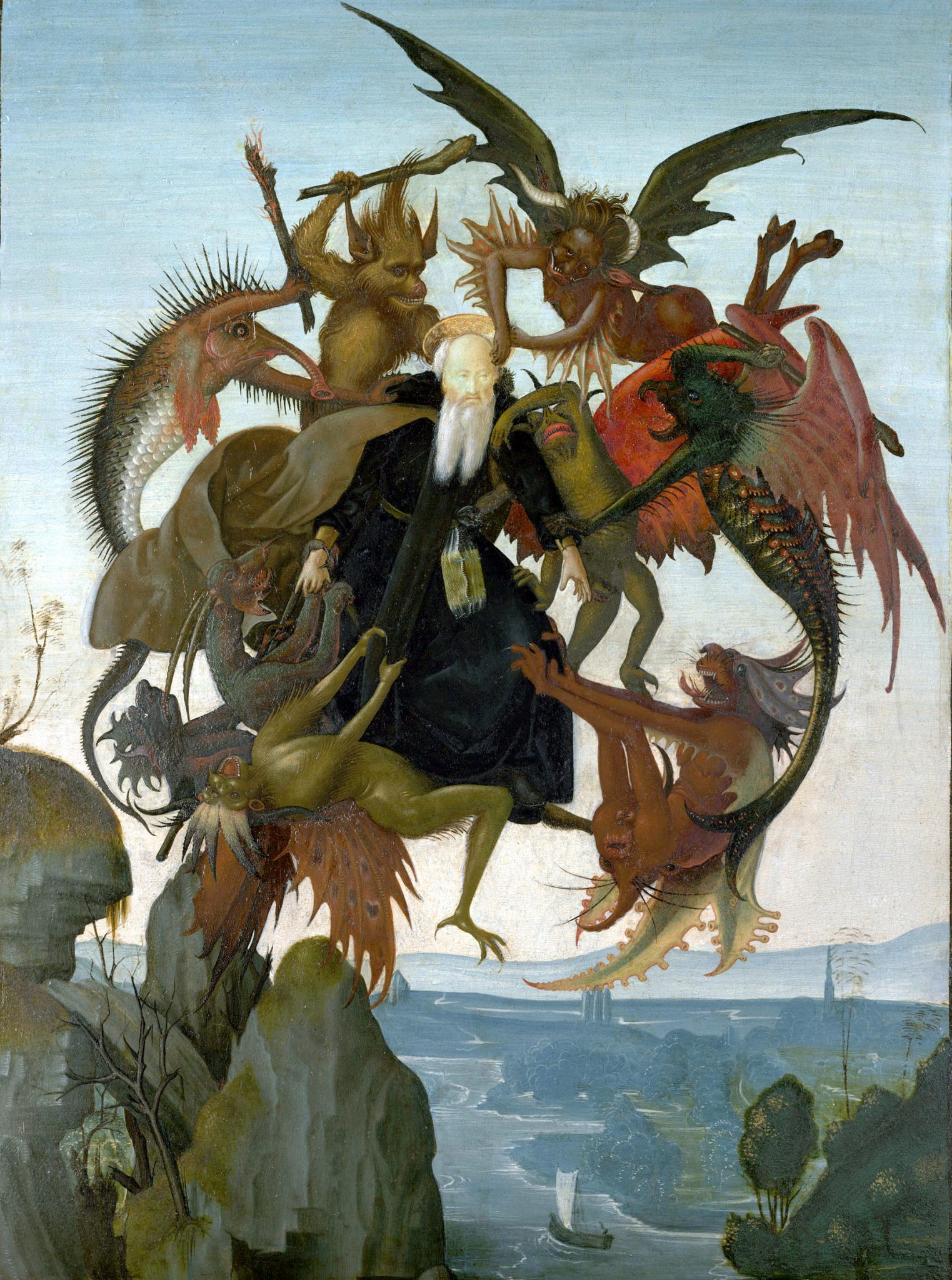 Feast of Saint Anthony the Abbott

One day when John’s disciples and the Pharisees were fasting, some people came to Jesus and said to him, ‘Why is it that John’s disciples and the disciples of the Pharisees fast, but your disciples do not?’ Jesus replied, ‘Surely the bridegroom’s attendants would never think of fasting while the bridegroom is still with them? As long as they have the bridegroom with them, they could not think of fasting. But the time will come for the bridegroom to be taken away from them, and then, on that day, they will fast. No one sews a piece of unshrunken cloth on an old cloak; if he does, the patch pulls away from it, the new from the old, and the tear gets worse. And nobody puts new wine into old wineskins; if he does, the wine will burst the skins, and the wine is lost and the skins too. No! New wine, fresh skins!’

Today we celebrate the Feast of Saint Anthony the Abbot (251-356 AD) or Saint Anthony the Great, as he is also called. Born in Egypt, he is regarded as the founder of Christian monasticism. His radical approach to discipleship permanently impacted the Church. Born circa 251AD to wealthy parents, he roamed the lands around Cairo. During this time, the early Christian Church was rapidly spreading its influence throughout the vast expanses of the Roman empire. Whilst the empire remained officially pagan, Christianity was still a persecuted religion. However, Anthony would live to see the conversion of Emperor Constantine in 312 AD and implement Christianity as the official religion of the Roman empire. Anthony himself would establish something equally lasting by becoming the spiritual father of the monastic communities that have existed throughout the history of the Church.

Anthony famously struggled in spiritual combats, against unseen forces seeking to remove him from the beautiful path he had chosen. Michelangelo’s Torment of Saint Anthony is a powerful depiction of this spiritual combat. It is Michelangelo’s earliest known work of art, painted when he was only 13 years old (after an engraving by Martin Schongauer). We see Saint Anthony being attacked by demons and evil fantastical creatures. In the 4th century, Athanasius of Alexandria (c. 296–298 - 373 AD) wrote The Life of Saint Anthony. In it he describes how Anthony had a vision that he had been suspended in the air and then attacked by demons because he was able to withstand their temptations.

Anthony is often erroneously considered the first Christian monk, but as his biography by Athanasius and other sources make clear, there were many ascetics before him. Anthony was, however, among the first known to go into the wilderness in around AD 270. Our painting by Michelangelo is a powerful depiction of how we too at times may struggle with evil spiritual forces. Whilst the depiction is maybe somewhat extreme for our current tastes, it nevertheless conveys the inner torments we can all sometimes experience. It truly is extraordinary that Michelangelo was only 13 years old when he painted this, as it show not only technical skill but also already a deep understanding of spiritual forces and battles.