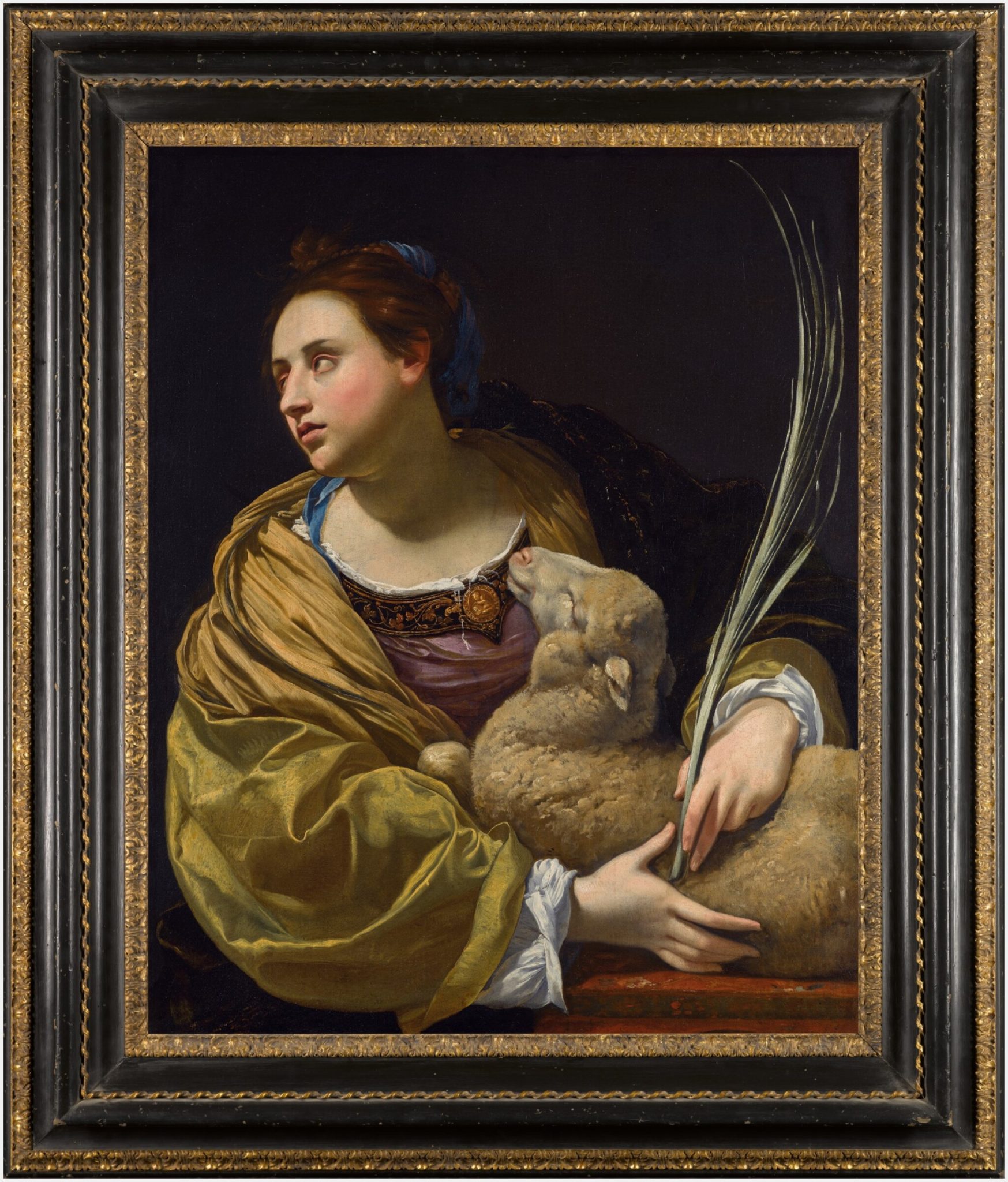 Jesus went up into the hills and summoned those he wanted. So they came to him and he appointed twelve; they were to be his companions and to be sent out to preach, with power to cast out devils. And so he appointed the Twelve: Simon to whom he gave the name Peter, James the son of Zebedee and John the brother of James, to whom he gave the name Boanerges or ‘Sons of Thunder’; then Andrew, Philip, Bartholomew, Matthew, Thomas, James the son of Alphaeus, Thaddaeus, Simon the Zealot and Judas Iscariot, the man who was to betray him.

Yesterday we celebrated the feast of Saint Sebastian, and today we celebrate Saint Agnes (291-304AD), another saint who was killed in Rome during the time of Emperor Diocletian in 304. She is painted here by Simon Vouet (1590-1649)  holding her traditional attribute of a lamb (agnus in Latin, the basis of her name and also symbol for her virginal innocence), together with a palm signifying her martyrdom. A native of Rome, she is still held in particular veneration in this city. Both Agnes and her fellow virgin martyr Saint Catherine of Alexandria were important female Christian saints, often painted together. It is likely that this paining is one of a pair, where Agnes is looking out of the painting towards the other canvas which would have depicted Saint Catherine.

Apparently she was a beautiful young lady, from a wealthy family and her hand in marriage was highly sought after. According to legend, the young men she turned away became so angry and insulted by her devotion to God (she would simply reply to any advances, ‘Jesus Christ is my only Spouse’) that they began to submit her name to the Roman authorities as a Christian follower. She died a virgin-martyr at the age of 13 on 21 January 304 AD.

Reading today’s Gospel reading, which lists the names of the apostles, I think we all know some of them better than others. Jesus chose them because He trusted each of them to do as He did. The same goes for the saints, some of whom we know much better than others, but all of them set a unique example by the way they lived their lives. Saint Agnes, pray for us!