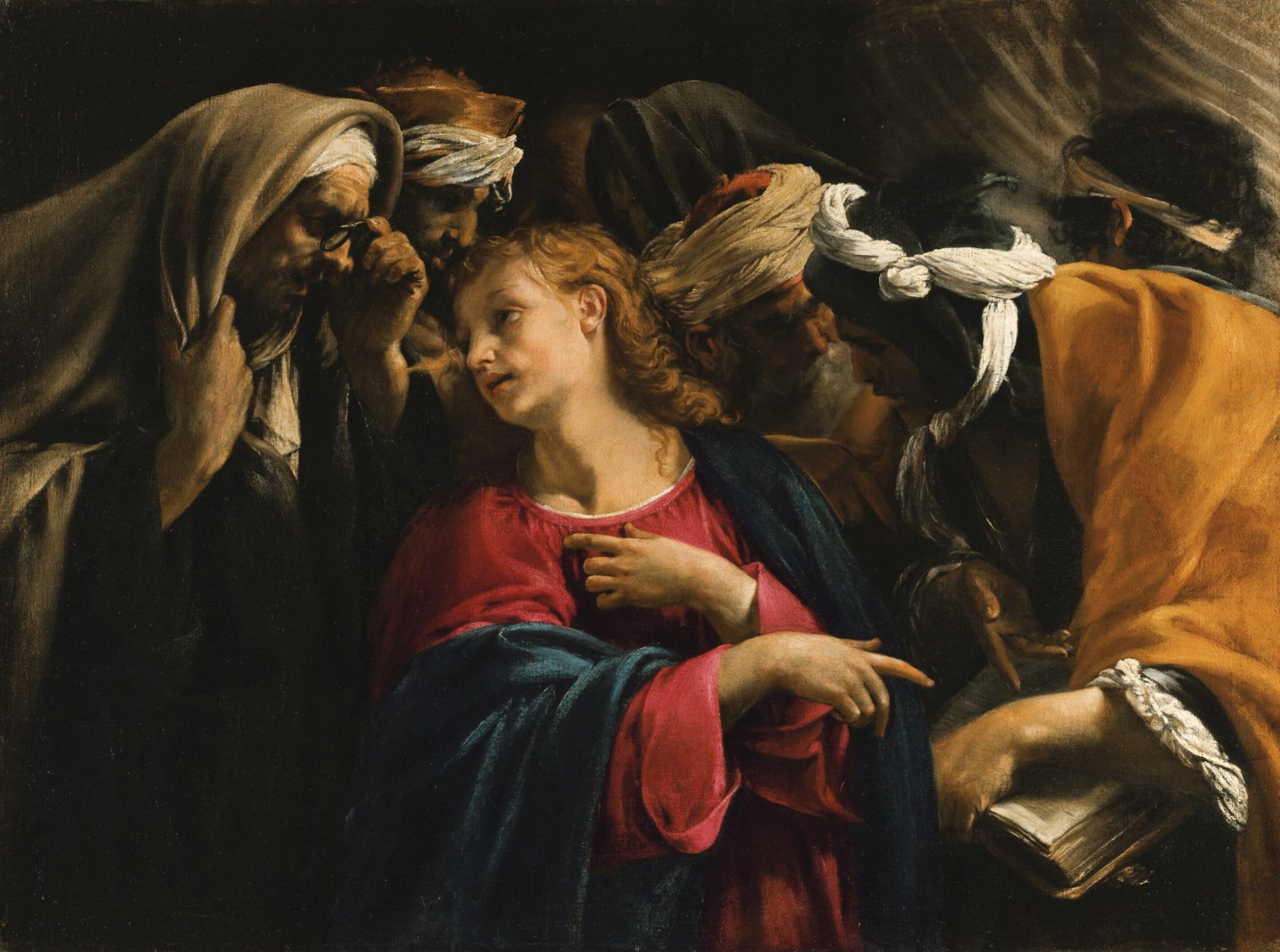 ‘Nor will I tell you my authority for acting like this.’

Jesus had gone into the Temple and was teaching, when the chief priests and the elders of the people came to him and said, ‘What authority have you for acting like this? And who gave you this authority?’ ‘And I’ replied Jesus ‘will ask you a question, only one; if you tell me the answer to it, I will then tell you my authority for acting like this. John’s baptism: where did it come from: heaven or man?’ And they argued it out this way among themselves, ‘If we say from heaven, he will retort, “Then why did you refuse to believe him?”; but if we say from man, we have the people to fear, for they all hold that John was a prophet.’ So their reply to Jesus was, ‘We do not know.’ And he retorted, ‘Nor will I tell you my authority for acting like this.’

Our painting by Orazio Borgianni from 1609 is executed in the Caravaggesque manner, with the use of dramatic lighting. We see the young figure of Christ at the centre, with His face fully illuminated. His hands are pointing to His heart and to the Scripture book. The scribes and chief priests are leaning in towards Jesus to hear what He has to say. But the face of each elder expresses either skepticism, confusion or unbelief. They are arranged in an arc encircling Christ. Christ stands as an oasis of calm in the centre of the turmoil around Him. It is a reflective picture depicting how the young Christ already engaged at a young age in heated debates with the chief priests and the elders in the Temple.

This painting also conveys well the gentleness of the authority that Jesus had and with which he approached people. He didn’t wield his power coercively over others. No, as we can read and see, he approached people where they were and started the conversation from there. He also didn’t shy away from a challenge. At his age, to engage with the elders must gave been quite daunting, but he did so anyway. Therein lies the true exercise of authority: not to control people, but to engage and convert hearts. Jesus wanted to release the potential that was inside each person depicted in our painting. He saw their potential, cared for them and wanted to empower them to truly befriend Him and His Father. Maybe that is why he didn’t reveal His authority and who He was, as He probably wanted to work on them some more to get them to the point of converting their hearts: not by coercive power, but by engaging in love… and it takes true authority to do that!