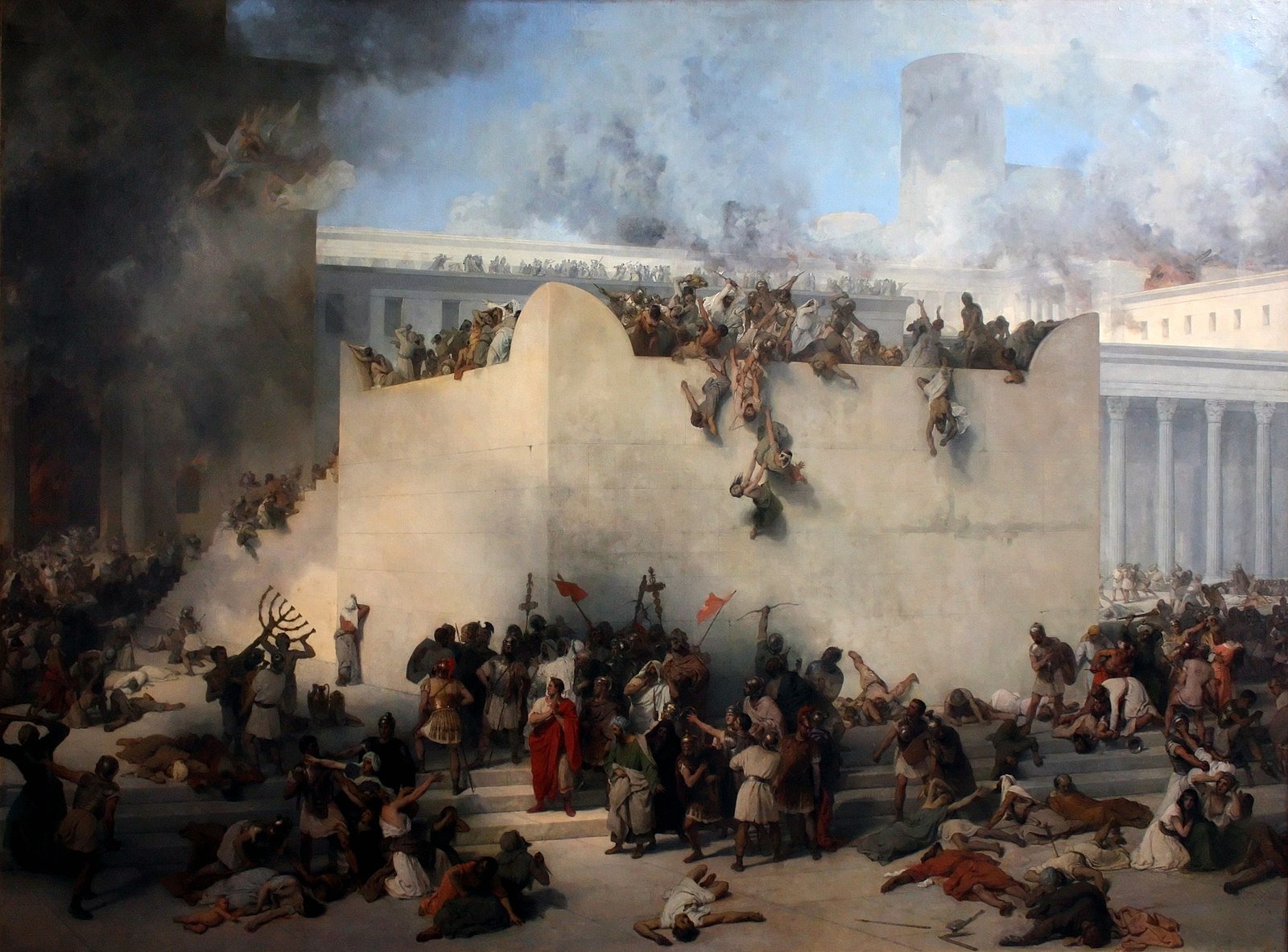 When some were talking about the Temple, remarking how it was adorned with fine stonework and votive offerings, Jesus said, ‘All these things you are staring at now – the time will come when not a single stone will be left on another: everything will be destroyed.’ And they put to him this question: ‘Master,’ they said ‘when will this happen, then, and what sign will there be that this is about to take place?’

‘Take care not to be deceived,’ he said ‘because many will come using my name and saying, “I am he” and, “The time is near at hand.” Refuse to join them. And when you hear of wars and revolutions, do not be frightened, for this is something that must happen but the end is not so soon.’ Then he said to them, ‘Nation will fight against nation, and kingdom against kingdom. There will be great earthquakes and plagues and famines here and there; there will be fearful sights and great signs from heaven.

‘But before all this happens, men will seize you and persecute you; they will hand you over to the synagogues and to imprisonment, and bring you before kings and governors because of my name – and that will be your opportunity to bear witness. Keep this carefully in mind: you are not to prepare your defence, because I myself shall give you an eloquence and a wisdom that none of your opponents will be able to resist or contradict. You will be betrayed even by parents and brothers, relations and friends; and some of you will be put to death. You will be hated by all men on account of my name, but not a hair of your head will be lost. Your endurance will win you your lives.’

A lovely start to our reading and relevant to us, lovers of art! We hear about Jesus and the disciples admiring the art and architecture of the temple: ‘they were remarking how it was adorned with fine stonework and votive offerings’. They must have enjoyed admiring the magnificence of the temple and its surrounding architecture, it's carvings, it's detailing. The temple must have been one of the wonders of the world at the time, to put it in contemporary terms. But the temple for them was more than just the building itself. It was about the presence of God within it, and the gathering of people inside. Yet, as Jesus was admiring and leaving the temple area for the last time before His death, He prophesised the destruction of this temple.

Zooming in on the attitude of the disciples, I think that when they were admiring the beauty of the temple, part of them was thinking that this Temple one day would be their Master’s palace, where they all could and would be promoted to high positions. So they were asking Jesus about their future, again from a misplaced, misguided point of view. Of course Jesus knew what was in their hearts, and foretold the destruction of this temple, and as such the destruction of maybe their worldly ambitions too.

Jesus’ prophesy became true: in 70 AD, Roman legions under Titus destroyed the Temple, about 37 years after the death and resurrection of Christ. Titus himself tried to save the temple, but his soldiers destroyed it, thus fulfilling Christ’s prophecy. When the fire melted the golden works of art and objects, the molten metal ran down between the stones. To get to the gold, the soldiers had to remove the stones one by one, just as our Our Good Lord predicted!…

Francesco Hayez  painted this large historic painting in a very vivid way. He was based in Milan, and was one of the leading artists of the Romantic movement in Italy, which celebrated important historical events and political allegories, emphasising emotion and glorifying the past.