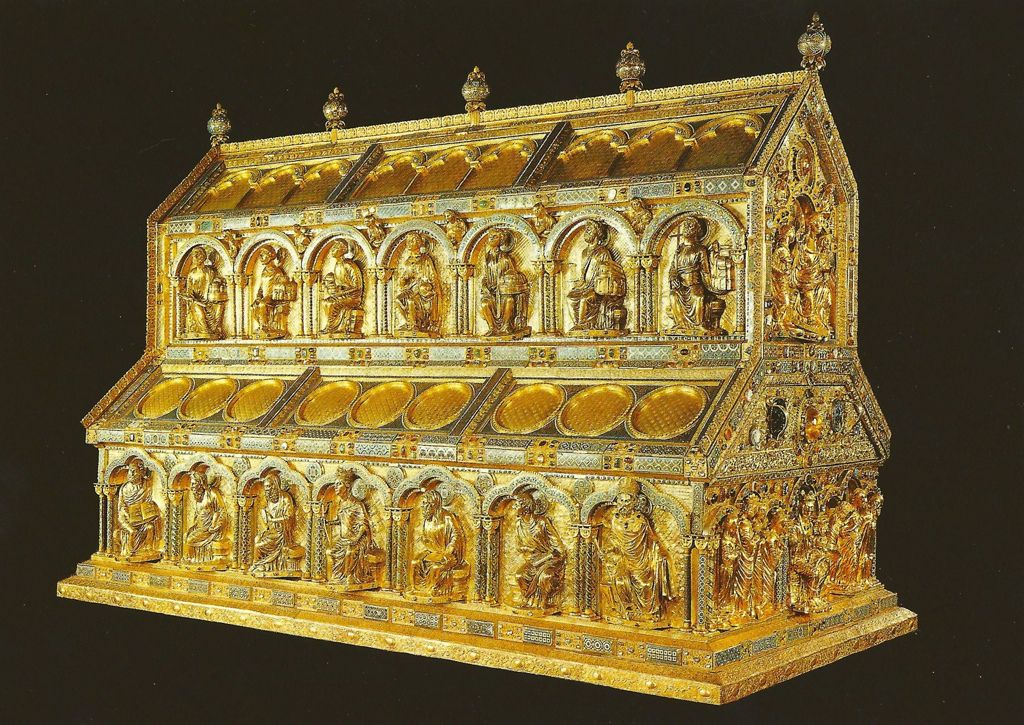 Reflection on the Reliquary

We are invited to become part of this story of the Epiphany of the Lord… to accompany the wise men and to participate in the manifestation (epiphany) of Jesus in Bethlehem. It such a beautiful story filled with drama of wise men following a star, traveling at night, discovering Jesus, offering gold, frankincense and myrrh to Him, worshipping Him etc… The way Matthew is telling the story is to accentuate some key leanings about Jesus.

As the wise men came from the East, it shows clearly that Jesus came for everyone. He was Jewish, yes, but he also came for non Jewish people, and therefore should be worshipped by all nations and peoples. Matthew isn’t telling us about the shepherds coming to visit Jesus in the stable, but he goes straight to making his point that foreigners from the East came to worship Christ. Today’s gospel never mentions the number of Magi, but it traditionally assumed that they were 3 based on the three separate types of gifts they brought.

Our illustration shows the Reliquary of the Three Kings, at Cologne Cathedral. It is believed to contain the bones of the three Magi. The bones of the Magi were originally kept in Constantinople, but brought to Milan in an oxcart by Eustorgius I, to whom they were entrusted by Emperor Constantine in 314. Eight hundred years later, in 1164, The Holy Roman Emperor Frederick Barbarossa took these relics and brought them to Cologne where they have remained ever since. A fascinating journey! One of Europe’s most famous goldsmiths, Nicholas of Verdun (1130–1205), then created this beautiful gilt and enamelled casked around the relics.

The wise men represent all of us who are ready to follow our star in order to find the fullness of life only Jesus can give. At the start of the new year, it is an inspirational story prompting us to follow that star throughout 2020…