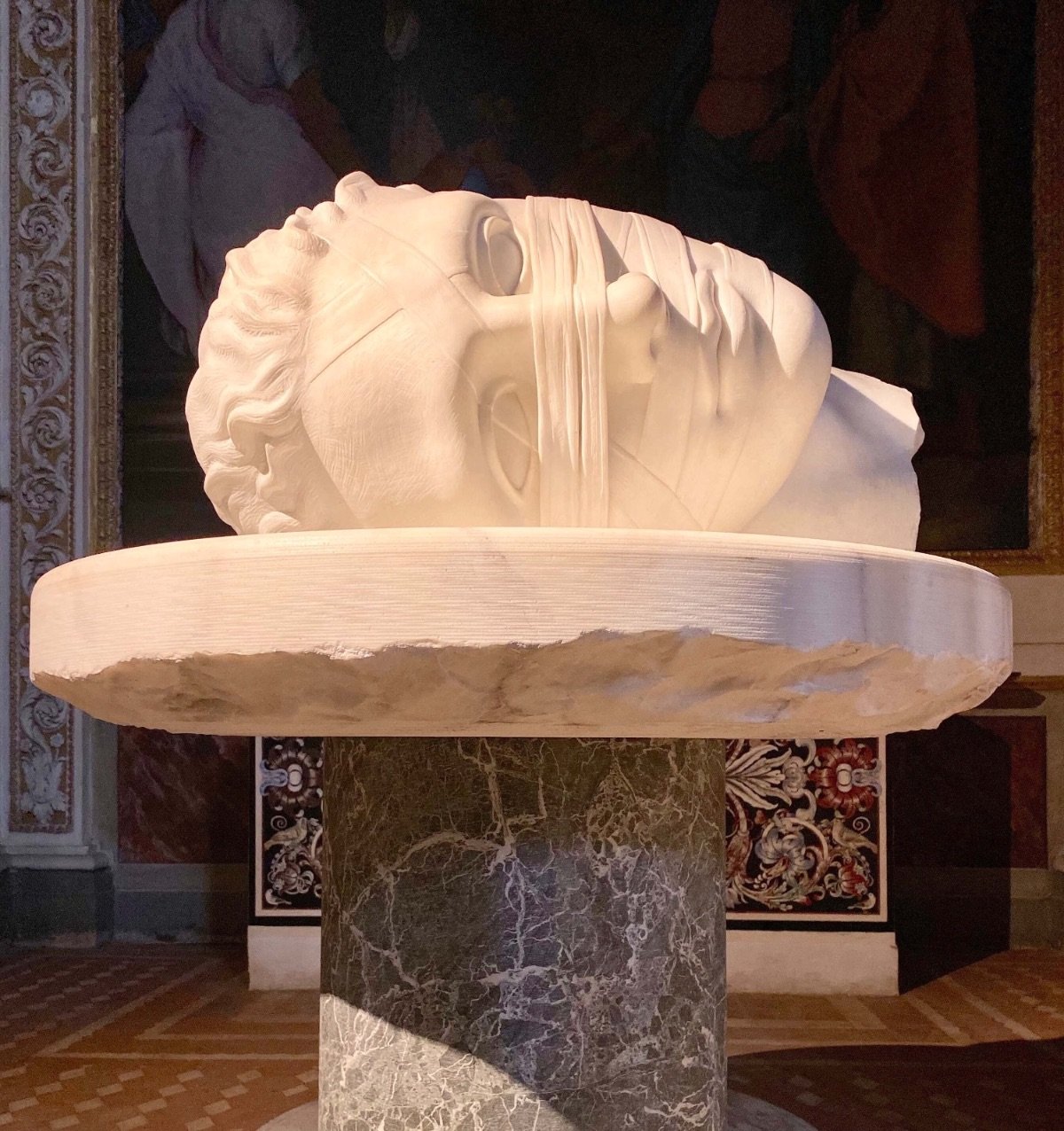 In due course John the Baptist appeared; he preached in the wilderness of Judaea and this was his message: ‘Repent, for the kingdom of heaven is close at hand.’ This was the man the prophet Isaiah spoke of when he said: A voice cries in the wilderness: Prepare a way for the Lord,make his paths straight.

This man John wore a garment made of camel-hair with a leather belt round his waist, and his food was locusts and wild honey. Then Jerusalem and all Judaea and the whole Jordan district made their way to him, and as they were baptised by him in the river Jordan they confessed their sins. But when he saw a number of Pharisees and Sadducees coming for baptism he said to them, ‘Brood of vipers, who warned you to fly from the retribution that is coming? But if you are repentant, produce the appropriate fruit, and do not presume to tell yourselves, “We have Abraham for our father,” because, I tell you, God can raise children for Abraham from these stones. Even now the axe is laid to the roots of the trees, so that any tree which fails to produce good fruit will be cut down and thrown on the fire. I baptise you in water for repentance, but the one who follows me is more powerful than I am, and I am not fit to carry his sandals; he will baptise you with the Holy Spirit and fire. His winnowing-fan is in his hand; he will clear his threshing-floor and gather his wheat into the barn; but the chaff he will burn in a fire that will never go out.’

I recently stumbled upon this striking sculpture in white Carrara marble by Igor Mitoraj. It is located at the Church of Santa Maria degli Angeli et dei Martiri, near Termini station, Rome. The church was designed by Michelangelo in 1563 and placed amidst the ruined Baths of Diocletian. A statement on how the Christian faith conquered old pagan Rome. The church was built in remembrance of the early Christian martyrs. The sculpture of the Head of St John the Baptist is cleverly placed behind metal gates in one of the side altars. So as a viewer you can’t walk up close or around the sculpture. It is placed as a private, intimate tribute to St John and his heads rests in all tranquility, not disturbed by anyone. The smooth, clinically finished marble surface ads to the serenity and beauty of the piece.

So who was John the Baptist? Jesus and John were family. John served as the forerunner of the Messiah and was to prepare the way for the Messiah by calling the nation to repentance, as described in today’s reading by Matthew. In keeping with that, John baptised people as a sign of their repentance and to renew their spiritual lives. St John the Baptist wanted people to put their lives in order before the coming of Christ, who started His ministry shortly after that of St John. Herod Antipas’s wife, Herodias, hated John with a passion after John publicly criticised her morals. Eventually Herodias was able to manipulate Antipas into giving the order for John’s death by beheading.

In today’s reading we see how beautifully St John gets described by Matthew: a camel hair garment, poor clothes and simple food. He attracted people around him. People trusted him because clearly he could not be bought. He had his principles and stuck with them. Immovable and firm in his faith and mission. It reminds me of a quote that Churchill said of Lawrence of Arabia, “Because he despised the world’s prizes, the world held him in awe”. Yes, the simplicity of life St John and clarity of mission, attracted crowds around him.

Just like St John prepared the way for Christ to do His work, we too can prepare for the coming of Christ in 17 days' time...